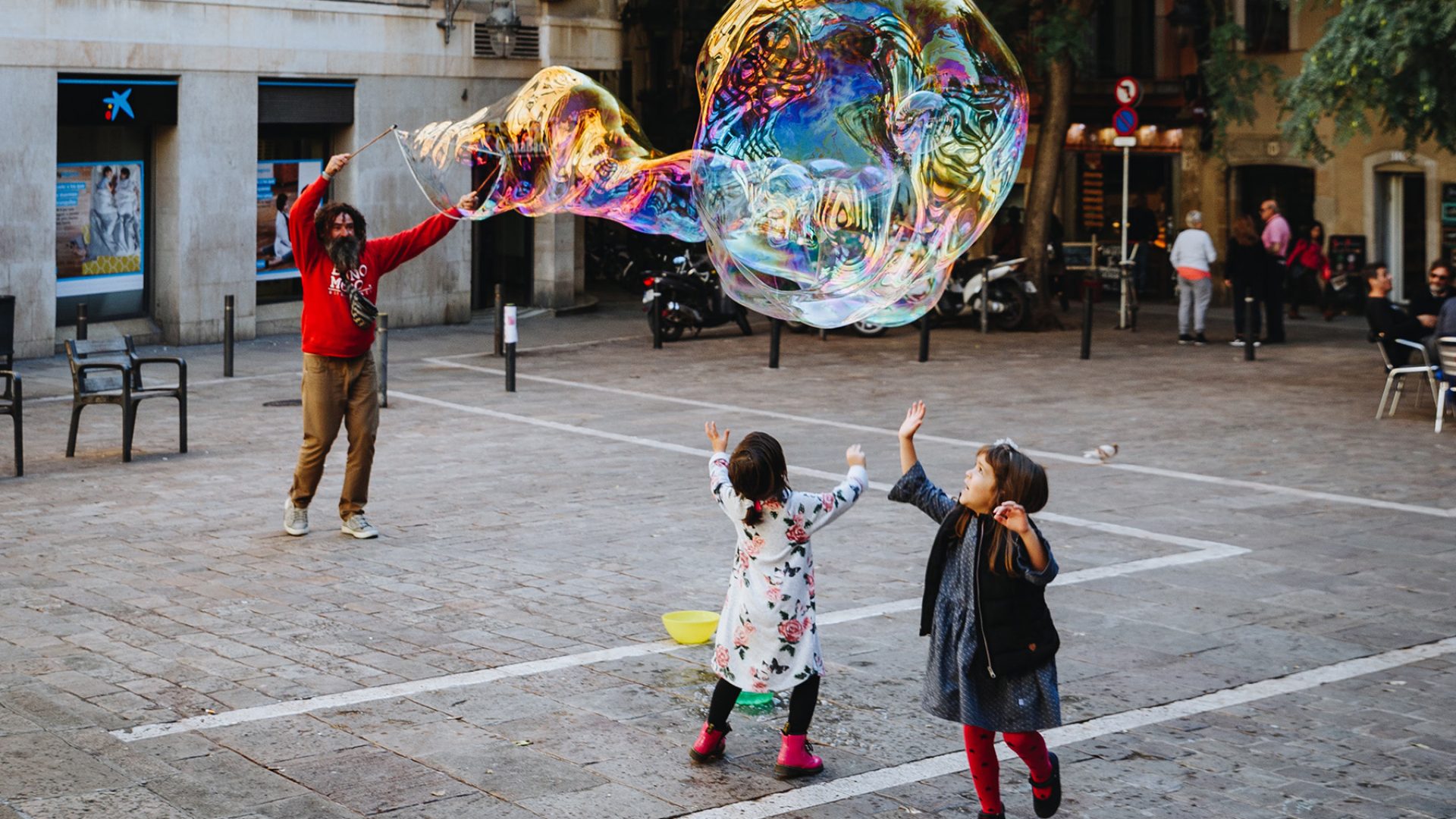 Home Lifestyle Things to Do Where to take the kids in Barcelona
Last update on May 13, 2022
Written by Katherine Oktober Matthews
Share

Spain is a country where the little ones can have a ball. Get the lowdown on things to do in Barcelona with kids.

As a foreigner in Barcelona, it might seem as though Spain isn’t that welcoming to children. With late eating times – lunch from 14:00 and dinner from 21:00 – you might think the country anything but kid-friendly. However, once you’re inside a bar or restaurant, you’ll find that Barcelona is a fabulous place to be with kids.

And if you’re looking for something that’s aimed specifically at children, Barcelona is full of activities. From theme parks, to nature, to getting active, there’s plenty to do. Read on to find more about:

How friendly is Barcelona for kids?

Spain is a fantastic country for kids to grow up. According to a 2020 UNICEF report, Spain ranks sixth globally for child well-being. And stats aside, if you move to Barcelona with your family, you’ll find there’s plenty to do, excellent weather, and beautiful beaches.

When it comes to kids’ activities, most Spanish cities, towns, and villages run regular children’s events and festivals. In big cities, a good source of information is the Guia del Ocio, which has a section on children’s entertainment. Even if you don’t speak Spanish, its list of theme parks, children’s films, plays and suitable museums is a useful starting point.

Theme parks and funfairs in Barcelona

PortAventura World is a slick, modern resort with several theme parks: PortAventura Park, Ferrari Land, and Caribe Aquatic Park. Get flung around on Red Force (supposedly the tallest roller-coaster in Europe) or soak yourself on Tutuki Splash. There are also shows with bubbles, birds of paradise, Mexican, and Chinese themes. The park has several hotels so you can stick around for a few days.

The resort is about a 90-minute drive from Barcelona near Salou/La Pineda, off A–7. If you’d rather go by public transport, there are buses from Costa Daurada and Costa Brava. If you’re travelling from Barcelona, you can buy a ticket that includes admission and bus journey. PortAventura World has a station on the R–17/RT2 line, operated by Rodalies de Catalunya – they also sell train tickets with entry to the park included.

In complete contrast to PortAventura World, Tibidabo is a funfair that’s over a hundred years old. Sitting on the highest point of the city, the ride on the funicular railway is a must. It’s a great choice if you have younger children, as there are plenty of tame (yet exciting) rides.

Tibidabo has the advantage of being right on the edge of Barcelona, so you won’t have to travel far. Of course, the funicular railway from Plaça Doctor Andreu is one way to reach Tibidabo, but there are also several buses, including one from Estació de Nord.

Visiting animals with your kids in Barcelona

The Barcelona City Zoo has existed in some form since 1888. All kinds of animals live there, such as birds, lions, and reptiles. Don’t miss the penguins, which include some from the endangered Humboldt species.

The zoo is accessible by metro stops Barceloneta and Ciutadella-Vila Olímpica, Marina and Arc de Triomf. It’s also served by several buses, a tram, and the train.

The Barcelona Aquarium is a great place to keep kids occupied for hours. It contains several mesmorizing themed areas including an oceanarium and mediterranean and tropical aquariums. One activity is strictly only for adults – the chance for qualified divers to go swimming with the sharks.

Get to the aquarium from metro stop Drassanes or Barceloneta. The nearest bus stop is Port Vell, which you can reach on several bus routes.

Sports and culture for kids in Barcelona

There are several creens at Barcelona’s Diagonal Mar cinema, showing films using 3D, Imax and Omnimax technologies. Great for kids, their parents, and even teenagers. It’s situated in the Diagonal Mar mall, which you can reach via bus, subway, tram, and car.

This may the one museum the kids won’t turn their noses up at. The Barcelona Football Club Museum boasts displays on the history of Barca, temporary exhibits and also an art gallery. You can reach it by car or by Metro line 3 (Palau Reial or Les Corts stop) or line 5 (Collblanc or Badal stop).

These, as well as many more activities, can keep you happy in Barcelona with kids. And, it can also help to join a parents’ group to socialize and get tips from other expat parents and families. And don’t forget, you can always keep your kids occupied at daycare and preschool in Spain.