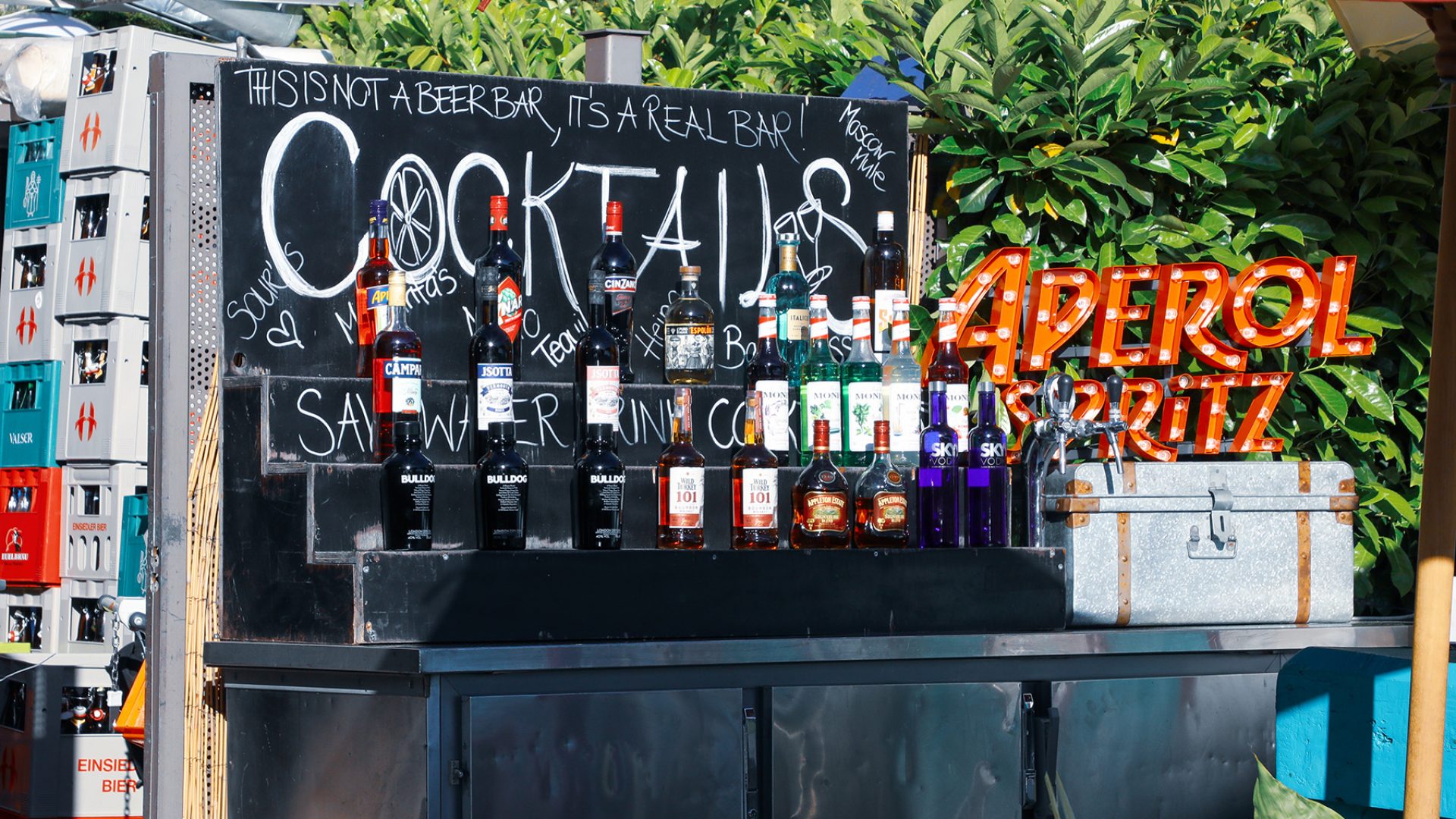 The best bars in Zürich

Does the lack of variety in happy hour beverages leave you shaken? Read up on the best bars in Zurich to get a decent cocktail.

Here’s something you might not know about Zurich: you can get a great classic cocktail here.

I know, I know. I didn’t believe it either in the past. Sure, everyone knows the Widder Bar (number two on the top five list below), but most bartenders seem to think a Martini is a glass of vermouth, and asking for a Vesper or a French 75 only gets you a blank stare. What’s a thirsty expat to do? Easy as a lemon twist.

If you only visit one bar in Zurich, this has to be it. Mahogany panels hung with Miró and Klee, comfortable leather banquettes: the room is intimate without being stuffy. The service impeccable. And the drinks! My French 75 was the best I’ve had since I left my favourite watering hole behind in Seattle. The Chocolate Martini was not the icky-sweet concoction I expected. Instead, it had an appealing, slightly dry but still chocolatey finish. Yum.

Seeing that the bartender makes his own infusions and is always tweaking the classics, I decided to skip the house speciality, The Ladykiller (invented at the Kronnenhalle Bar), and go off-menu. I asked for a Sazerac. Switzerland is the home of absinthe after all. This turned out to be one the bartender hadn’t tried for a while, so we were treated to a series of experiments, none of which he charged us for because he felt none really hit the mark. The real fun though was getting to share in the process, geeking out on which rye is better, which bitters work best.  Inventive and experimental.  A bartender who likes a challenge.  If you want a great cocktail in Zuri, this is the place.

I admit it. The Widder was number one bar in Zurich in my heart for a long time. Mainly because of the whisky. That’s right. I mean the no ‘e’  whisky, the good stuff from Scotland. The single malt list (actually a small book) has to be seen to be believed. Even better, there are two-decaliter pours available, so you can try some insanely old, insanely good whisky without breaking the bank.

But the Widder has cocktails too, including whisky cocktails like Blood and Sand and Foreign Correspondent. Don’t you just love cocktail names? The list is long and inventive, the bartenders professional. In fact, sit at the bar and you can do some real cocktail geeking out here too, comparing the qualities various gins for slings versus martinis, for example.

The Widder has the added bonus of live entertainment of the kitschiest kind. Some nights there is real jazz, but most nights it’s just a guy with a keyboard and drum machine crooning something like The Girl from Ipanema. How cool is that?

We made this happy discovery while at a concert in Moods, also located in the Schiffbau in Züri West. The space is clean and modern, with a large glass wall overlooking the Restaurant LaSalle; the tunes are cool, and the vibe is relaxed. The drinks are excellent, with the classics well represented. The Mai-Tais went down a treat during intermission. Capiriñhas? Also great. Also, there’s outdoor seating for summer nights.

We love this place as a stop on the way home for a nightcap. On a hot, summer night the outdoor tables along the Limmatquai are best. Inside is a high-ceilinged space with comfortable seating as well as simple decor. Nothing to distract from the drinks. I like the classic daiquiris here, but the cocktail list is long and has something for everyone.

This bar is inside the Park Hyatt Hotel in central Zürich and has a hip see-and-be-seen atmosphere during the early evening/apero period. If competitive posturing is not your scene, you can still enjoy the excellent drinks by arriving a little later and sitting at the bar. The cocktails can’t be faulted. The awesome Capiriñhas? Perfect with that Cuban cigar. Oh yeah. The whole space has been turned into a fumoir now that the smoking ban is in effect. That’s why this one is down at number five now. But, hey, it’s still an awesome bar.

There are probably over a thousand bars in Zürich: dive bars, neighborhood bars, swank uptown bars, wine bars, as well as pubs. You can enjoy a decent cocktail at a neighborhood bar like the Bederbar (one of our new faves) or get your drink on at a dive-y bar like the Totalbar (popular with the denizens of a certain tech company). The Top Five above represent the best we’ve found so far for cocktails, but there’s still lots more to try. What’s your favorite?