Discover all you need to know about renting apartments in Amsterdam, including where to rent, how much it might cost you, and which rules you’ll need to be aware of.

A compact city crisscrossed with beautiful residential streets and famous canals, Amsterdam is regularly voted one of the most popular destinations for expats and visitors alike.

While around 40% of Dutch people rent their homes, many live in social housing or rent-controlled properties. Unfortunately, long waiting lists (typically three years at minimum) tend to make these options unavailable to expats.

The Dutch rental market has some quirks, which are important to be aware of before you sign a tenancy agreement. You can read Expatica’s guide to renting a property in the Netherlands for more information.

Looking for a short-term rental in Amsterdam? Then you should check out Homelike. The easy-to-use online property portal has thousands of short-term rentals, whether you're looking for a city center studio or a family home-from-home to tide you over. Start your Dutch adventure right and find your next temporary home on Homelike.

Rent prices for apartments in Amsterdam

With an ongoing housing shortage, it’s difficult to rent a home on a low budget in the Netherlands. In Amsterdam, however, it’s near impossible.

High demand for housing in the Dutch capital has resulted in significant pressure on prices, so you might find yourself paying upwards of €1,300 a month for a one-bedroom apartment.

The good news, however, is that once you’ve agreed a rent price, it should only increase in line with inflation each year.

As we mentioned earlier, many rental apartments in Amsterdam belong to housing associations and are rent-controlled, though they’re subject to significant waiting lists.

The price of rent-controlled homes is decided on a points system (woningwaarderingsstelsel), up to a maximum of €720.42 in 2019. To live in one of these homes you’ll need to earn less than €36,798 a year and be on the waiting list for anything from three to 10 years.

With this in mind, many expats simply find themselves renting on the open market.

Contracts and property types in Amsterdam

Rental contracts are typically for an initial period of 12 months. Once this expires, they usually continue on a rolling basis, with a one-month notice period for the landlord or tenant. If you break the contract in the first year, you may have to pay rent for the whole period.

Tenancy laws in the Netherlands offer good protection to renters. If your landlord serves you notice, you have the right to contest it.

Most commonly, apartments will be gestoffeerd (with soft furnishings, ie. carpets and curtains) or unfurnished.

In the Netherlands, unfurnished means completely empty. You may be able to negotiate on fixtures with existing tenants, if they don’t want the hassle of removing them when they move out.

With an unfurnished property, you generally have free reign to decorate the home as you choose, though you will need to return it to a ‘neutral’ state before you leave.

Generally, you’ll only find fully-furnished rental homes on the holiday let market, rather than the private rented market.

Amsterdam is a generally a safe city, so there’s no need to worry about finding yourself on the wrong side of the tracks. Winding up in a quiet, genteel neighbourhood like Oud Zuid (Stadsdeel Zuid) when you were aiming for the busy nightlife of Leidseplein (Stadsdeel Centrum) – or visa versa – is the main risk.

Close to the city centre, apartments are the norm. They fall into two categories: converted town houses (typically old buildings with period charm, high ceilings and no lift) and purpose-built blocks. The purpose-built blocks typically have large windows and balconies.

Apartment blocks usually have few additional facilities – though a handful may include access to gyms, swimming pools and concierge services. Many apartments boast communal bike parking and may have allocated car parking spaces.

A convenient bus and tram network, regional trains and a few ferries, connect central Amsterdam to the towns and villages on its periphery. While this makes it easy to commute in from popular expat suburbs like Amstelveen (home of the Amsterdam International School), it also means that property prices in the suburbs don’t drop as sharply as you might hope.

Amsterdam is probably the world’s most cycle-friendly capital; most places in the city are within an easy 30-minute cycle commute of the center. Popular expat areas like Jordaan (Stadsdeel Centrum), and bustling student neighborhoods like De Pijp (Stadsdeel Zuid) are even closer in. All seven of the city’s official districts have an international community.

While many streets are picture-postcard beautiful, lined with canals or tall trees, other areas feature faceless modern tower blocks. Sadly for new arrivals, these are often more affordable than the charming old homes in the city center. Find out more about where to live in Amsterdam.

Living further afield does let you get more for your money. If you’re looking for a single-family house, a garden or space for pets, it’s a good idea to find out more about where to live near Amsterdam.

Living outside of Amsterdam

Amsterdam is at the center of a dense urban area, and good transport links mean that you can live almost anywhere in the Netherlands and still have a reasonable commute – at least by British or American standards. While this opens up your options, it can also make it harder to settle on a location.

Areas such as The Hague, Utrecht, Delft, Haarlem, or Rotterdam may offer some cheaper housing alternatives, or at least, open up more possibilities for housing options.

Certain cities are also home to large student populations, for example Groningen and Leiden. Read more about where to live in the Netherlands.

How to find apartments to rent in Amsterdam

Most estate agents focus on one particular area, perhaps a network of villages or a city neighborhood, even if they work for a national chain. As a result, you’ll often be steered towards properties that are available rather than suitable.

However, if you have a particular area in mind, this focus can be a benefit. There are also a number of agents specializing in expat relocations in the city, if you need to find a home before you arrive. Unless you hire a search agent, expect that the landlord will pay the agent’s fees (typically equivalent to one month’s rent).

Amsterdam is home to dozens of higher education institutions, but few of them provide accommodation for students.

Dutch students typically either live at home and commute, or find a studio apartment or shared house in the private sector. Several agencies exist for facilitating this, but finding a good property at a good price can be tough.

Local councils often offer rooms based on a lottery or points system, and there are a number of hostels and dormitories catering to international students – ask at your institution for details.

Expatica’s guide to student apartments in Amsterdam has a complete list of student housing organizations.

The conditions vary from building to building, as do the facilities and number of housemates. Rents can be very low but short notice periods (typically between 7–28 days) are standard, so only accept this type of accommodation if you’re happy to pack up your worldly goods and move on.

Pretty (and not-so-pretty) houseboats and barges line many of Amsterdam’s canals. While these have a romantic appeal, they’re not ideal for new arrivals. Boats are typically sold, rather than rented, and are usually sold without the mooring. Waiting lists for moorings can be years long.

In addition, liveaboards typically have no mains services, which means no sewage, no running water, no telephone or internet and sometimes no electricity. That said, despite the obvious disadvantages, many people love the way of life, citing camaraderie, simplicity, and proximity to nature as key joys.

Read more in Expatica’s guide to living on a Dutch barge.

Serviced apartments and short-term rentals in the Netherlands 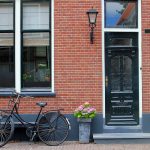 Renting out your home in the Netherlands

How to use Woningnet in the Netherlands 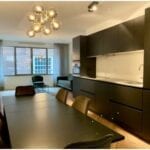 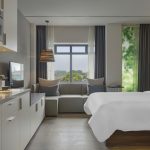 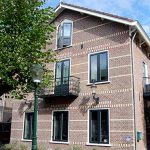