The expat experience at the Dutch doctor

Even if you are in tiptop shape and good health, you will most likely eventually visit a doctor in the Netherlands, which may be a starkly different experience than in your home country.

In the Netherlands, everyone has health insurance. If you come from a country in which universal healthcare is in place, you are most likely familiar with this type of system. For American expats, however, the Dutch healthcare system may be confusing — and this often proves to be the first hurdle.

Typical doctor visits in the Netherlands

The Dutch attitude towards doctors is somewhat complicated. On one hand, many Dutch people rely on letting common colds and other non-life-threatening ailments run their course without ever visiting the doctor. On the other, the Dutch do visit general practitioners and specialists fairly frequently — even more so than Americans. OECD data shows that the average Dutch citizen consults a doctor (either a GP or specialist) eight times per year, while the average American visits just four times a year — a figure that is largely related to the high cost of healthcare in the US.

When an expat visits a doctor in the Netherlands for the first time, there may be differences in the way the doctor interacts with the patient and how he or she expects the patient to react, as well as the formalities of going to an appointment.

Be straightforward with the Dutch doctor

The Dutch are known for being quite direct — and this doesn’t stop with friends, family and colleagues. Doctors in the Netherlands may be blunt as well, but it shouldn’t be taken as unfriendly; doctors simply want to ensure they understand your symptoms, and you understand your treatment options.

In fact, the 2016 International Health Policy Survey showed that Dutch doctors scored higher than most countries in terms of communication skills, especially in explaining medical issues to patients in understandable terms and knowing each patient’s personal medical background.

Over the past few years, the medical community has raised the alarm in the overuse and misuse of antibiotics, which can promote antibiotic resistance in bacteria to create the so-called superbugs. The Netherlands actually has one of the lowest antibiotic prescribing rates in the world, with just 10.6 defined daily doses per 1,0000 residents, a little over half of the OECD average (20.5).

Patients from countries with high prescribing rates — Turkey, Greece, Korea, France and Belgium made the list of the top five largest antibiotic prescribers — may be used to receiving medication when they have a cold, sore throat and cough, or stomach ache. However, with these ailments, antibiotics are often unnecessary as viral infections largely resolve on their own. Don’t expect to receive a prescription every time you go to the doctor in the Netherlands — it’s more likely that you won’t.

May not need to pay upfront

In many countries, even those in Europe such as Belgium, you’re required to pay upfront (a co-pay or a full amount, depending on your insurance) at the doctor’s office; afterwards, you would receive a reimbursement from your provider. However, many Dutch insurance providers do not require a co-pay, — you simply hand over your identity card and your insurance takes care of the rest.

Visit the doctor, not a nurse or specialist

In the US, for example, it’s quite common to first be treated by a nurse instead of a general practitioner, who will take your blood pressure; in the Netherlands, you may see only the doctor, who may not perform additional testing if deemed unnecessary for the visit.

It is also quite common for Americans to see specialists straight away instead of GPs, a practice uncommon in the Netherlands. For example, an American woman may have a gynaecologist that she sees regularly for check-ups, prescriptions and Pap tests, which were done yearly in the US until recently. In the Netherlands, the GP generally performs all of these tests, including the Pap smear, which is only performed every five years. A gynaecologist is only visited if the GP refers the patient.

If you are unsure of the process for your examination, simply ask the doctor what the procedure is, and don’t be ashamed to ask: Dutch doctors do expect patients to be straightforward, after all.

A successful visit to the doctor in the Netherlands

You can choose to make an appointment online or over the phone, or even simply walk in during open hours, but note that you will most likely have to wait awhile to see a doctor if you choose the latter. Dutch doctors also have required emergency hours, and there are some walk-in clinics that offer services in the evenings and on weekends — and you are free to see the doctor you choose.

Choosing a doctor in the Netherlands as an expat can be difficult, especially if you are used to vastly different medical care. An expat doctor in Amsterdam or other major city can better understand the expectations of foreign patients, which can help make the experience more familiar and much less stressful. Emergency dental care in the Netherlands

Physical therapy in the Netherlands 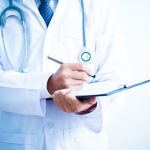 How to find doctors in the Netherlands 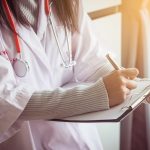 How to talk to Dutch doctors so they listen