Thinking of retiring in France? Learn how French pensions work, including advice on rules, contributions, benefits, and taxes.

The lifestyle, culture, and food in France have long exerted a magnetic pull on working-age expats. Many enjoy the country so much that they choose to retire in France. Of course, there is much to consider if you want to spend your golden years in the republic. From figuring out the logistics of moving to France to deciding where to live in the country. You also need to understand the rules around French pensions. For example, typically you need to work for a set number of years to receive a French state pension. You can, in some cases, also transfer your pension plan from your home country. Key details on this and more are outlined below, with topics including:

Looking for an easy way to move money in France? Look no further than the easy-to-use global money transfer platform Wise. You can also take advantage of their multi-currency account, letting you make and receive payments securely and without hidden fees. Get Wise and get more from your money in France.

The French place a great deal of importance on enjoying life. In fact, they call it the art of French living (l’art de vivre à lafrançaise). And they carry this verve for living throughout life’s stages. If you plan on retiring in France you will be glad to know there are many ways to provide for your golden years. The French pension system has three pillars: the state pension, compulsory supplementary pension, and voluntary private pensions. Workers who want to boost their pension savings can contribute to all three pillars.

The government plans a major overhaul of the French pension system. Proposals include progressively increasing the retirement age and changing the minimum state pension amount. However, with a general election in 2022, it is unlikely that any changes will come into force until at least 2023.

Your social security (sécurité sociale) contributions also pay into a French state pension (retraite de base or minimum state pension). These payments are compulsory for all workers.

Keep in mind that retirees must work for at least 42 years to claim a full French state pension (40 years if born before 1952). By 2035, the requirement will rise to 43 years for those born from 1973 onwards. It’s possible to claim a pro-rata French pension if you’ve worked and made social security contributions in France for at least 10 years.

The state pension scheme entitles retirees to draw a maximum of 50% of their annual average earnings. Retirees born after 1953 must receive a minimum of 37.5% of their earnings.

Workers in France also pay into supplementary pensions, which are administered by industry bodies. The most well-known are AGIRC (for executives) and ARRCO (for non-executives), which merged in 2003. Employers and employees make contributions to these pension schemes on a pay-as-you-go basis.

Learn about retiring in France

Pension funds calculate your rates based on points accrued during your working career. However, keep in mind that your pension amount is typically calculated against the average of your entire working salary – not the best 25 years as with the state pension.

Pensions advice and support in France

While this guide provides basic advice on the French pension system, it’s important to take professional advice if you’re unsure about how the rules apply to you.

There are many English-speaking financial experts in France. Our directories of accountants and financial advisors can be a good starting point. The French Pension Insurance Authority (l’Assurance retraite) also provides advice on retiring in France and applying for a French pension.

Who is eligible for pensions in France?

The earliest you can retire in France is 62 (60 if you were born before 1 July 1951). However, authorities encourage and incentivize people to continue in employment for longer. For example, you get a pension increase for every quarter of a year that you work past pension age. Do note that people born after 1 January 1955 cannot claim a full state pension until they’re 67.

Workers who fit into these categories can retire up to two years earlier than the statutory age. For example, workers with disabilities could retire between the age of 55 to 59. You can find out about the key conditions on the French social security website.

Who can claim a state pension in France?

If you have worked in France for at least 10 years, you can claim a French state pension. Alternatively, you may be able to transfer some pensions from your own country. This can be advantageous for certain expats retiring to France.

What happens if you are not eligible for a full French pension?

Many conditions can affect your French pension. For example, low-paid workers can receive 85% of the country’s minimum payment. The minimum payment is around €636 per month. France also has a minimum income benefit for people reaching 65. Typically, workers with full careers are not eligible for this targeted minimum benefit.

Get the best expat health insurance quotes for France

In addition, keep in mind that your French pension payment rate is calculated based on your contributions. So, if you have not contributed for the full term then you won’t get the full pension rate. This also means that you can take early retirement with a decreased pension rate from age 55 or 57 (depending on the year you were born).

Pensions in France for expats

The degree to which your periods of employment abroad are counted depends on the country you have previously worked in and whether it has a social security agreement with France. France has bloc-wide agreements in place with EU/EEA countries, as well as Switzerland. So too with many non-EU countries.

Expats moving to France from the UK may be able to transfer their pensions into a Qualified Recognized Overseas Pension Scheme (QROPS). QROPS allows you to consolidate your pensions into one plan. This allows you to manage your retirement funds more easily and avoid currency fluctuations.

There are many advantages to QROPS. However, they aren’t suitable or available to all UK pensioners. Take advice from an expert financial adviser such as AES.

The amount of French pension you will receive depends on three factors:

Learn about estate and inheritance taxes in France

While pensions are subject to income tax on a progressive scale, there is an annual 10% tax-free allowance for expenses. In 2021, this was capped at €3,912 per household. Tax is based on households rather than individuals to benefit couples where one spouse earns more than the other.

As we mentioned earlier, France has agreements with many of its European neighbors and other countries around the world. These agreements mean many people retiring to France can avoid paying taxes twice.

There are two kinds of supplementary pensions in France. Firstly there are voluntary private pensions. Then there are voluntary occupational pensions. The latter can also be known as a ‘company savings plan’ (plan d’épargne retraite). Both are actively encouraged by the French government. Workers can take out a five-year or 10-year policy and contributions can be as low as €50 a month. As with other pensions, there are caps on tax-free contributions by both workers and employers. Private voluntary pension contributions are tax-deductible up to a ceiling of 10% of your previous year’s earnings.

Other pensions in France

Under certain conditions, a surviving spouse, or even ex-spouse, can be awarded more than half (54%) of a deceased spouse’s pension benefits. To qualify, a surviving spouse must be at least 55 and have an income not exceeding €21,985.60 (for a single person living alone).

Although there is no provision for orphaned children under the basic state pension scheme, supplementary pension plans do make allowance for children to claim between 30% to 50% of the deceased’s pension. Of course, terms and conditions vary from plan to plan.

In some cases, those under 55 on a low income can claim a widowhood allowance. The French pension authority assesses if this applies.

Applying for your French pension

Once you reach the statutory retirement age, you need to contact the National Old-Age Insurance Fund (Caisse Nationale d’Assurance Vieillesse – CNAV). If you live abroad, the French pension authority provides a guide on how to claim an international French pension. 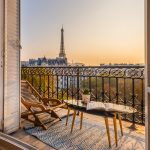