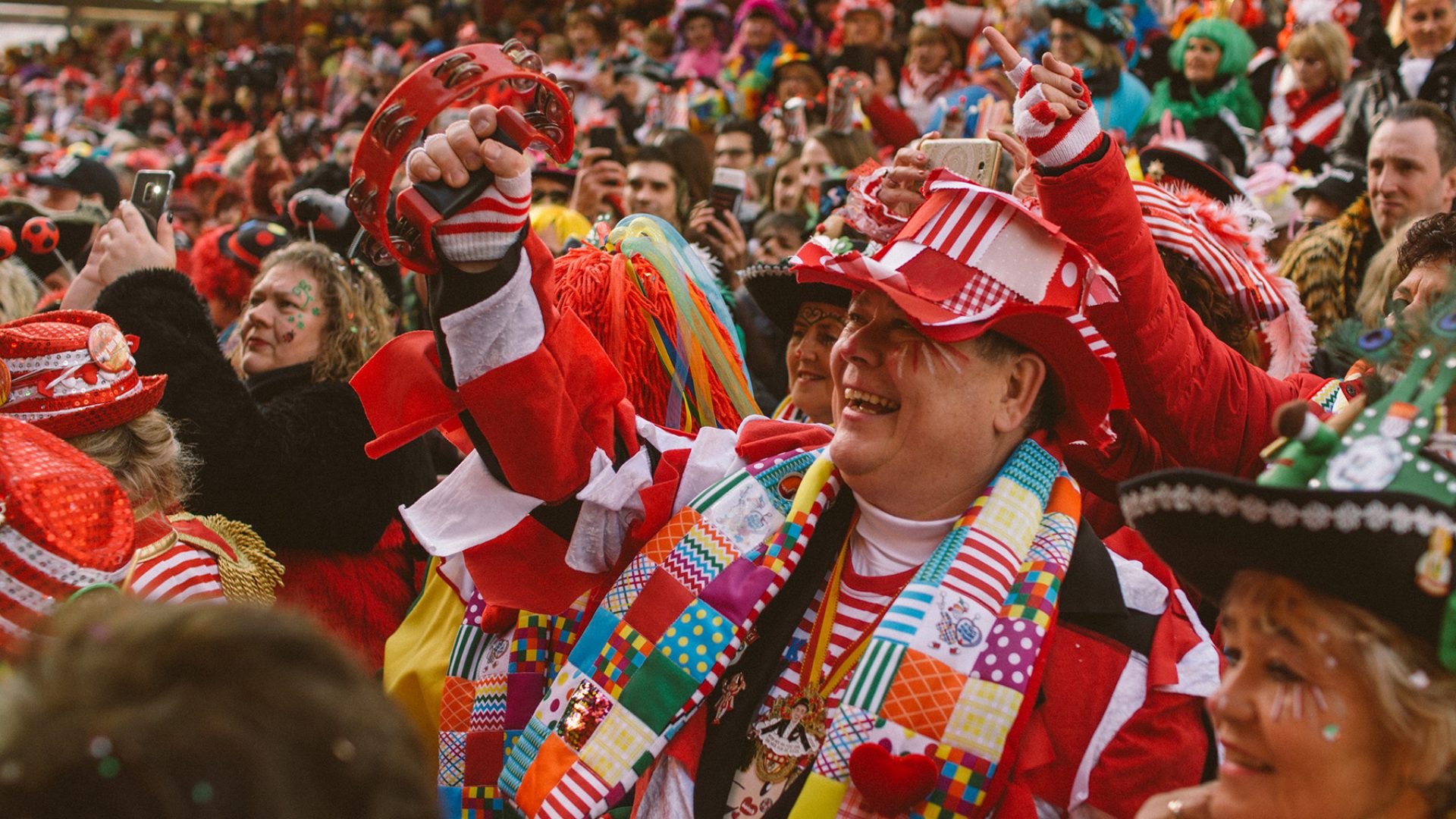 German karneval has become a mix of merriment and tongue-in-cheek sociopolitical commentary. This guide lists the best places to celebrate karneval in Germany.

German carnival is one of the most celebrated annual festivals in Germany; locals even call it the fifth season. Although German karneval has religious roots, today’s carnival in Germany (Fasching in western region of Rhineland and Fastnacht in the southwestern region of Swabia) is a season of frenzied fun with a political twist.

The Rhenish festivities are especially popular throughout the centuries. They were a satiric platform to express rebellious anti-Prussian and anti-French sentiments during occupation. Today, the practice remains strong, albeit with a more lighthearted tone.

The official German carnival season begins on 11 November at 11:11am, when the fool cap-wearing members of the ‘Council of Eleven’ meet to plan activities for the upcoming months. Celebrations stay dormant until after Three Kings Day on 6 January the following year. A string of performances and other comedic acts are staged up and down the regions but the real German karneval comes to a full swing on the Thursday preceding Ash Wednesday (23 February in 2017) in an event called ‘Old Women Day’ or simply ‘The Women’s Day’.

During the celebration, ‘wild’ women storm the city with scissors in hand and snip off men’s ties. They are also allowed to kiss any unsuspecting man, a tradition that stems from washer-women taking a day off work before German carnival to strengthen their presence in the once male-dominated fete.

Following that, Rose Monday (Rosenmontag, 27 February in 2017) is the main spectacle of carnival in Germany. Here, people of all ages parade the streets, ride floats, play in marching bands, and engage in elaborate dances. Staying true to the parodic beginnings of the event, some of the floats and costumed performers depict caricatures mocking politicians and other personalities. Thousands decked in wacky regalia flock to streets and visit the regions to partake in the custom. The revelry culminates on Shrove Tuesday with costume balls in and outside of Rhineland and Swabia.

Cologne Carnival is perhaps the largest and most well-known in Germany. The city’s aptly named crazy days begin on 23 February and continue to 28 February, when bar curfews stop and street parties take place around the city. A gathering of the colorful Corps troops takes place on Saturday and smaller parades take place on Sunday, but the main event is held on Monday 27 February with the march of Cologne’s ‘Dreigestirn’ or Triumvirate made up of three people granted the title of Prinz, Jungfrau and Bauer (prince, maiden and peasant). The trio leads a sea of carousers in a kilometer-long procession across the city.

Other independent performances occur in the historic city during the week-long celebration that fall under the umbrella called Alternative Carnival. Some of the events include the Stunksitzung, a comedy show, and the Ghost Parade.

There is no holding back in Düsseldorf carnival, which is famous for mixing fun with politically explosive issues. During Düsseldorf Carnival, this city along the Rhine succumbs to revelry as ladies take over City Hall on 23 February, a youth procession takes place the following Saturday, a barrel race on Sunday and finally, a giant Rosenmontagszug procession on 27 February 2017.

Mainz carnival (or Mainzer Fastnacht) completes the trifecta of the most popular German carnival celebrations, besides Cologne and Düsseldorf. Apart from the usual focus on merriment, Mainz carnival focuses on social commentary and political and literary humour. The festivities kick off with a children’s parade. This is followed by the traditional Rosenmontag procession, which stretches for approximately 6.5km making it one of Rhineland’s longest.

Aachen carnival‘s motto ‘Spass an der Freud‘ or ‘Have fun with joy in your heart’ aptly describes the festivities in this Rhenish town during German carnival season. The festive days are celebrated with careless abandon through traditional parades and dances all around the city. One of Aachen’s carnival highlights is the award for the Orden wider den tierischen Ernst or the tongue-in-cheek ‘Medal for Combating Deadly Seriousness. This is a title for politicians, diplomats, and lawyers across Europe who demonstrate a sense of humor in office.

Berlin also stages its own special carnival around Pentecost each year (2–5 June in 2017) called the Carnival of Cultures. More than 1 million people descend upon the Kreuzberg district to pay tribute to Berlin’s cultural diversity. Berlin carnival is a four-day, open-air festival where market stalls featuring exotic food and drinks pop up. World music artists and other international performers play concerts and stage acts all over the city. Berlin carnival culminates on Pentecost Sunday (4 June 2017) with a large street parade starting at 12:30pm from Hermannplatz and ending at Möckernstraße.