These facts on Portugal provide an overview of the Portuguese government as well as the structure of the country’s political system.

adopted 2 April 1976; subsequently revised
note: the revisions placed the military under strict civilian control, trimmed the powers of the president, and laid the groundwork for a stable, pluralistic liberal democracy; they allowed for the privatization of nationalized firms and government-owned communications media

based on civil law system; the Constitutional Tribunal reviews the constitutionality of legislation; accepts compulsory ICJ jurisdiction with reservations

chief of state: President Anibal CAVACO SILVA (since 9 March 2006)
head of government: Prime Minister Jose SOCRATES Carvalho Pinto de Sousa (since 12 March 2005)
cabinet: Council of Ministers appointed by the president on the recommendation of the prime minister
(For more information visit the World Leaders website)
note: there is also a Council of State that acts as a consultative body to the president
elections: president elected by popular vote for a five-year term (eligible for a second term); election last held on 22 January 2006 (next to be held in January 2011); following legislative elections, the leader of the majority party or leader of a majority coalition usually appointed prime minister by the president
election results: Anibal CAVACO SILVA elected president; percent of vote – Anibal CAVACO SILVA 50.6%, Manuel ALEGRE 20.7%, Mario Alberto Nobre Lopes SOARES 14.3%, Jeronimo DE SOUSA 8.5%, Franciso LOUCA 5.3%

two vertical bands of green (hoist side, two-fifths) and red (three-fifths) with the national coat of arms (armillary sphere and Portuguese shield) centered on the dividing line; explanations for the color meanings are ambiguous, but a popular interpretation has green symbolizing hope and red the blood of those defending the nation; 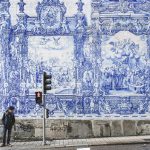 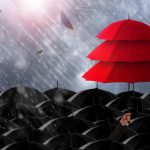