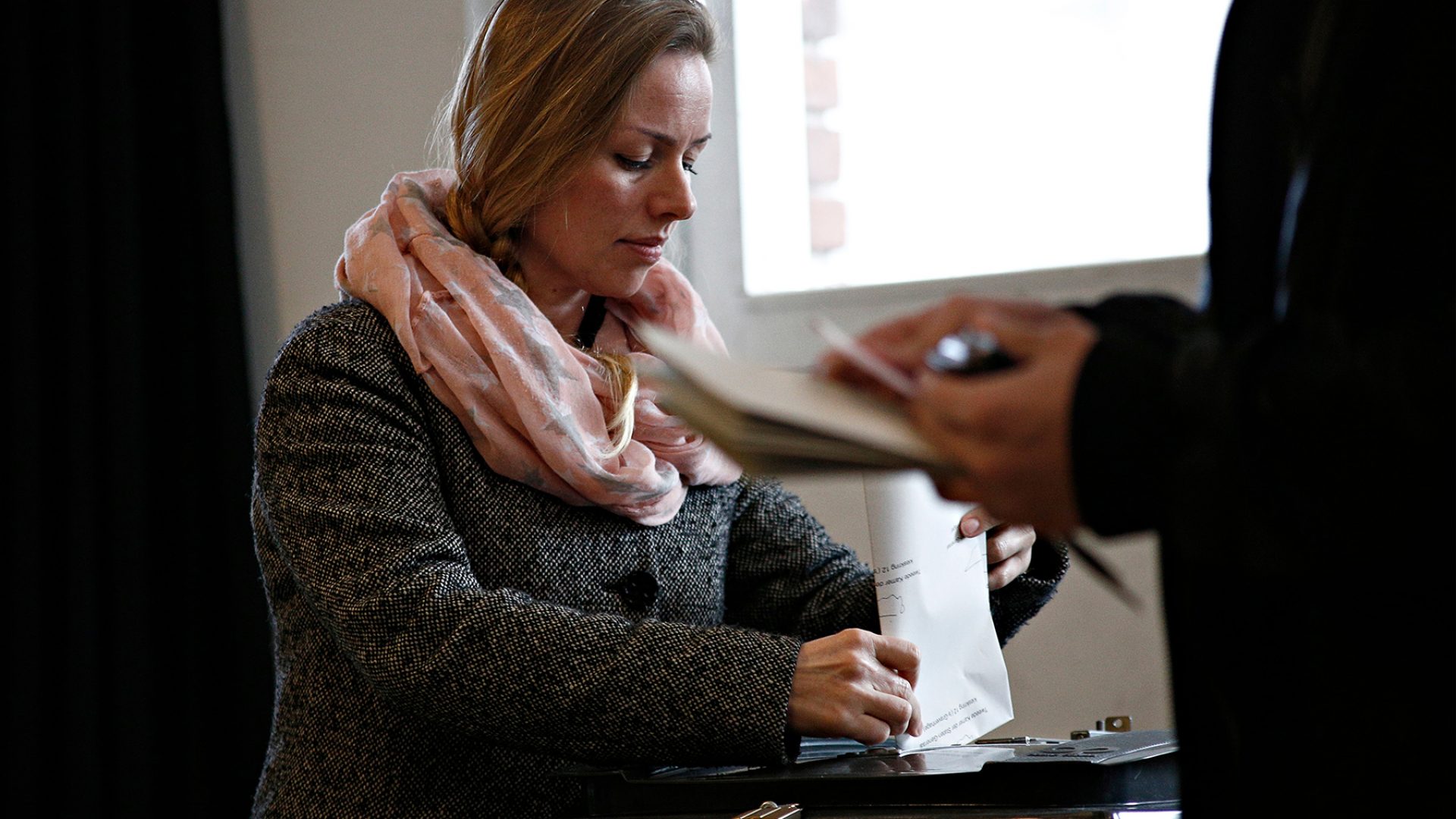 Dutch elections and voting in the Netherlands Curious about democracy in the Netherlands? Here’s all you need to know about Dutch elections, from who can vote to when, where, and how.

Whether you’ve lived in the Netherlands for some time, or you’re planning to relocate here, you need a good understanding of Dutch law and politics. The government makes decisions that impact how you work, prepare for the future, and enjoy your leisure time. As an expat in the Netherlands, if you meet certain criteria then you too can have a say – at least at the local level.

Below is a closer look at the fundamentals of Dutch elections, democratic traditions, and voting in the Netherlands. Topics covered include:

Elections in the Netherlands

The Dutch use a proportional representation system. This means they vote for candidates on a party list. The votes all accrue to the party. However, if enough people express their preference for a particular candidate on the ballot, they are elected regardless of their position on the party’s list.

A country of coalitions

The country elects new members of the 150 seat House of Representatives (Tweede Kamer) every four years. To get a seat in Parliament, a political party needs to win a minimum number of votes, the so-called electoral quota. This is simply the overall number of votes cast for all parties divided by the number of seats (150). The D’Hondt method then determines the number of seats per party list.

If that’s too much detail, remember that political parties need 76 seats to reach a majority government. No party has won more than 50% of the vote in Dutch elections. As a result, the Dutch government normally consists of several parties that have to cooperate by forming a coalition. As such, it is quite often the case that these parties represent a range of ideologies.

Learn about the political system in the Netherlands

Until 1970 the Netherlands had a system of compulsory attendance at elections. While people had to report to the polling station, they could also leave without voting. Voter turnout in the Netherlands is highest for national elections (60–80%). This is followed by municipal (40–58%), provincial (45–55%), and European elections (30–42%).

In which Dutch elections can foreigners vote?

You must be 18 years old and have Dutch citizenship to vote in most elections in the Netherlands. There are, however, some exceptions to this:

In principle, if you have the right to vote you can also stand for elections. If you are a non-EU national you can serve as a municipal council member. The same goes if you are an EU citizen, you can serve on a local council. You can also become a Member of the European Parliament (MEP).

Voting in the Netherlands

As mentioned above, you cannot vote in Dutch national and provincial elections unless you have citizenship. EU citizens can vote in European Parliament elections. However, if you are a non-EU citizen and meet the residency requirements to vote in municipal elections, do keep in mind that there are other criteria. These include:

Elections usually take place on a Wednesday in March. Look out for a few important things in your mail before you can vote. Firstly, you should receive your voting pass (stempas) at least two weeks before the elections. Then you receive a list of candidates. Lastly, you get the addresses of polling stations nearest to you. Polling stations are usually located at schools, community centers, and train stations.

In 2006, the Netherlands rolled out electronic voting machines for the municipal elections. However, there were some security concerns. At the next national election, many polling stations opted to return to paper-based voting. Since then, most Dutch elections have been held using traditional paper and red pencil.

Registering to vote in the Netherlands

The Dutch electoral roll is derived from municipal registration data. Once you have your residence permit (Verblijfsvergunning) you register at your local town hall (stadhuis) or community office (gemeente).

Learn about Dutch visas and permits

If you are an EU national you will have to fill out a one-time registration form (Y-32). This is so you can vote in elections for the European Parliament. You can do this at your local municipality.

Of course, you need to prove you are an EU citizen. You can do so with the following:

Types of elections in the Netherlands

As mentioned above, there are several types of Dutch elections. Take a more detailed look at these below, including when they happen.

Senate elections happen once every four years and within three months of the provincial elections. Unlike the Tweede Kamer, the Eerste Kamer is not directly elected by the wider population. Instead, members of the 12 provincial governments and three Caribbean electoral colleges elect the chamber’s 75 members. Votes of these different bodies are weighted depending on their population.

Dutch Provincial Council and Water Board elections (last 2019, next 2023)

These occur once every four years and cover the 12 provinces in the Netherlands: Drenthe, Flevoland, Fryslan, Gelderland, Groningen, Limburg, Noord-Brabant, Noord-Holland, Overijssel, Utrecht, Zeeland, Zuid-Holland. The number and “vote value” of provincial council members depends on the size of the population in the provinces. Voters and candidates need to be Dutch nationals over 18 years of age.

Find out about social security in the Netherlands

The Dutch municipal elections occur every four years. There are 390 municipalities in the Netherlands. The number of municipal councilors depends on the number of inhabitants in the city. Candidates need to be over 18 years of age, registered with the municipality, and eligible to vote. In the case of foreign-born residents, both EU and non-EU citizens must have lived in the Netherlands legally for at least five years. Political parties often have specific campaigns aimed at international voters in municipal elections.

These elections take place every five years. The Netherlands has 26 seats in the European Parliament. All EU citizens, regardless of where in the EU they reside, may vote in these elections. However, keep in mind that you can only vote once per election and only from the place in which you are registered to vote.

As such, if you are an EU national you can:

Once you vote in the Netherlands, however, you lose your right to vote in another EU state.

Referendums in the Netherlands

The Dutch Constitution has no provisions on referendums, which means that any referendum held at a national or local level is not binding. The Dutch enacted the Consultative Referendum Law on 1 July 2015. This allowed most types of primary laws to be subjected to a non-binding referendum. A referendum could be triggered if 300,000 citizens requested one. A 30% turnout of eligible voters was the required threshold and only Dutch nationals were eligible to vote.

Find out more about Dutch society

However, only two national referendums were held. The first was a referendum on the 2016 EU–Ukraine Association Agreement. The second was on the 2018 Dutch Intelligence and Security Services Act. Voters rejected both laws.

In 2018, both the House of Representatives and the Senate voted to repeal the law on referendums, ending that brief experiment.

How to vote in Dutch elections

As with other parts of the world, there are a number of ways to cast your ballot in Dutch elections. Take a more detailed look at these below, including how to handle your absentee ballot.

Voting in person in Dutch elections

You can use your stempas and ID to vote at any polling station in your municipality on the day of the election. Polling stations open from 07:30 to 21:00. Your pass proves to the polling station that you have not yet voted at any other polling station, as it has security features and a unique number. A passport, residence permit, or driver’s license counts as valid proof of ID.

If you have lost your stempas, you can request a new one from your municipal offices either in person or by post. To request a new pass in person, you must do so by noon the day before the election. Written replacement requests must arrive at the municipal offices no later than 5 days before the election. If you lose your ID, or it is stolen, you need to make a police report. You can bring a copy of it to the polling station. However, keep in mind that you will also need some other form of photo ID. For example, your public transport card, driving license, or hospital ID.

At the polling station

Once at the polling station the process is fairly simple. You hand in your voting pass, show your ID, and receive a ballot paper from one of the volunteer staff. Take the ballot into a voting booth and use a red pencil to choose your candidate by marking or coloring in the box beside their name. Once you have made your choice, fold up your paper to conceal your vote, and put it in the ballot box. If you make a mistake, you can ask the volunteer staff at the polling station for a new form.

Voting by proxy in the Netherlands

If you are unable to vote in person because you are ill or away, you can authorize another person (in Dutch) to vote on your behalf. You can use either the back of your voting pass or a separate form to give this authority to a proxy.

You can only use your voting pass to authorize other residents of the same municipality to vote on your behalf. To do so, fill in the back of the voting pass, and both you and the other person must sign it. You must also give them a copy of your ID, which they must present at the polling station along with their own.

If you wish to authorize a resident of a different municipality to vote for you, you must submit a written request for a proxy vote. These forms are available from the municipal offices. You and your representative must both sign the form, and the representative will receive a certificate of authorization to vote for you. Submit the form at least five days before the election.

Voting in Dutch elections from abroad

You can still vote if you are temporarily abroad for work, study, or a holiday. If your registration in a Dutch municipality is current. However, this only applies to elections of the Tweede Kamer and the European Parliament. You can vote by post or by proxy. This means you can authorize someone to vote for you (see above), or vote by international post. To vote by post, you must submit a form with a registration request to the mayor of The Hague. This form will be available six months before the elections on the web portal of the municipality of The Hague. 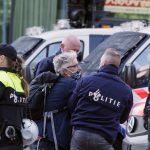