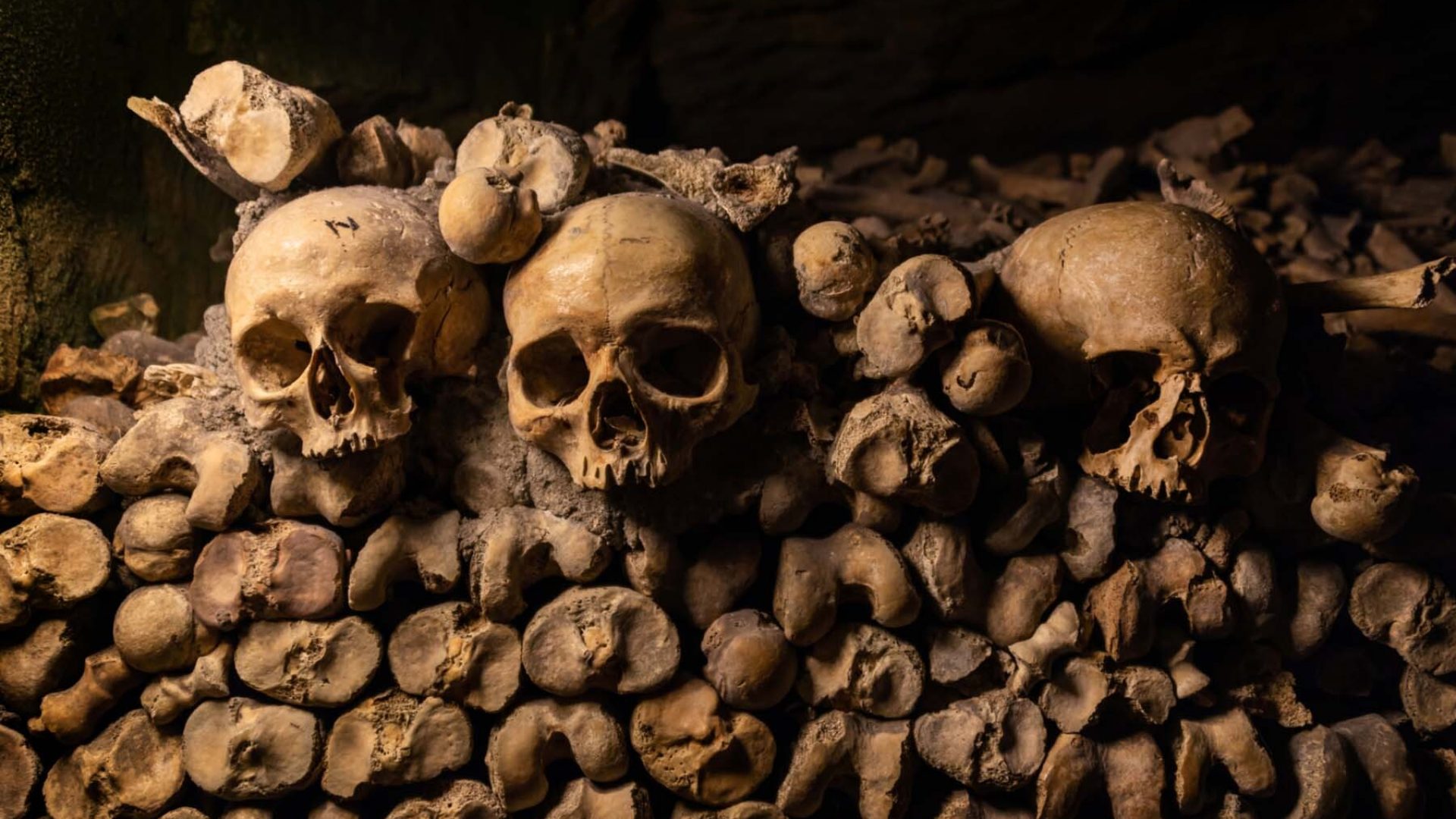 If you’re an expat who loves all things Halloween, you’ll know that the scariest part of the big day is finding out that your new home country doesn’t really celebrate it. But, before you hide behind the sofa and hold out for Noël, check out these 10 things you should know about Halloween in France. You might just find a few treats… or tricks…

1. Don’t let your expectations get spooked

The first thing to remember when celebrating Halloween in France is that you’re celebrating Halloween in France. This means that it’s unlikely to be the same fun-filled festival of candy and costumes that you might be used to. In fact, if you’re arriving from the US or Canada, you may find that the holiday seems to pass you by without much fanfare at all. However, if you’re happiest at Halloween, don’t let that put you off. Simply adjust your expectations accordingly and you’ll soon find Halloween in l’Hexagone is just as fun as all those childhood memories.

2. Halloween is not a French tradition

Despite having its roots in the Celtic cultures of Europe, Halloween in France is not a traditional holiday and actually came from North America in the 1990s. However, La Toussaint, also known in English as All Saints Day, is a widely celebrated national holiday in France.

This takes place the following day – November 1st – and traditionally sees the French honor the dead through flowers and special events. As the French are fiercely proud of their customs and heritage, Halloween is largely overshadowed by La Toussaint, which also coincides with two weeks of school vacations throughout the country.

3. Many French people think Halloween is too commercial

One of the reasons the US-style Halloween celebration hasn’t quite taken off in France is simply because it’s too American. This alone has led much of French society to turn their nose up at the holiday. The locals see the celebration as being too commercialized – another reason for supermarkets and other stores to sell more candy, costumes, and alcohol. This is why you won’t see as many shop windows decked out with elaborate Halloween displays. That said, this is slowly starting to change, especially in big cities. So, keep your eyes peeled for any flashes of orange and black when you’re next out and about.

Despite the fact that many locals flat-out ignore Halloween, you’ll find that some of the younger French generations are slowly shifting towards accepting it. However, this shift is slow and you shouldn’t be expecting your local village square to be decked out in orange and black ribbons anytime soon. That said, if you’re working or studying in a large French city, you’ll probably find hints of Halloween. Some bars host Halloween parties – often with costume competitions – and you may even find the odd cinema showing some horror films.

The French don’t say “trick-or-treat”, instead they ask “candies or a spell” (des bonbons ou un sort). However, don’t expect many costumed children to knock on your front door in France as the trick-or-treat tradition isn’t very strong. Depending on where you live, you may have a few groups of kids knocking on your door on Halloween. However, this is the exception and definitely not the rule.

If your children attend an international school in France, or you know other expat parents in your neighborhood, why not set up your own trick-or-treat exchange? Speak to the other parents and set up a small flavor of the traditional trick-or-treat experience. The kids will be able to get dressed up and live the adventure, and you won’t waste all that candy! Just make sure they use the French terms!

Partygoers beware, you’re in for a scare! That’s right, when the French dress up, they typically go scary. While many North American costumes these days are cute, funny, or satirical, if you’re invited to a French Halloween party then expect to be scared. The locals usually go all out for the scariness, dressing up as vampires, ghosts, or maybe even the odd European fairy tale villain. Sadly, if your little ones want an excuse to dress up in their favorite funny or cute costumes, they’ll have to wait for Carnival in early spring.

7. There are lots of scary French places to visit on Halloween

If you’re looking for a real scare this Halloween, then why not visit some of France’s most terrifying sites? With thousands of years of tumultuous history, it’s safe to say that the country has plenty of scary destinations to explore. If you’re living in Paris, the first place to head is the infamous Paris Catacombs.

The underground cemetery contains more than six million remains in its network of tunnels. Yes, really. Meanwhile, above ground, but no less spooky, is the elegant Palace of Versailles. At the former home of Marie Antoinette, guests are said to have seen ghosts wandering the palace and gardens. You’ve been warned!

Not tempted by underground cemeteries? Then why not experience a truly US-style Halloween by heading to one of Europe’s biggest and best amusement parks: Disneyland Paris. Located just outside the capital, the park puts on a Halloween extravaganza every year. Celebrations last throughout the month of October, giving you plenty of opportunities to experience the magic of the park. Alongside spooktacular decorations, you’ll find your favorite Disney villains meeting and greeting guests of all ages. There are also parades, shows, and special food available. It’s a truly US-style Halloween experience in the heart of France.

9. There are plenty of scary French movies to watch

If you don’t feel like braving haunted tunnels or amusement parks, you can always settle down with a scary movie at home. But, instead of the usual Hollywood titles, why not check out some French horror flicks. The French have a long history of scaring on the silver screen. From 1955’s black and white classic Les Diaboliques to 1989’s cult-classic Baxter, there’s something to terrify all audiences. If movies aren’t your thing, though, why not check out the European smash-hit series Les Revenants. It’s about a village where the inhabitants return from the dead. Naturally.

10. Celebrate Halloween your own way

If you’re an expat living in France, you’ll soon realize that the best way to enjoy your favorite holidays from home is simply to celebrate them your way. There is no right or wrong way to make the most of Halloween. Indeed, while French society might say “non” to the US-style celebrations, don’t let that stop you. There’s no reason you can’t host a Halloween party with friends, or arrange trick-or-treating with other expat parents. But if all that sounds a little too scary, you can always stay at home with a horror movie or perhaps something a bit more child-friendly. Whatever you choose, you’ll soon learn to love celebrating Halloween in France as much as you did in your home country.