An overview of the government of Belgium

The Belgian political system can be very difficult for foreigners (and sometimes locals) to understand. It has a constitutional monarchy – the king or queen, who is the head of state; plus a Prime Minister, who is the head of government in a multi-party system.

The federal authorities are the King, the Prime Minister, the ministers, state secretaries and the federal parliament, which includes the Senate and the Chamber of Representatives.

The King is currently King Philippe (since 21 July 2013); his heir is his daughter, Princess Elisabeth.

The head of government is Prime Minister Elio di Rupo (since 6 December 2011).

The federation is made up of three territorial regions and three language-based communities.

The territorial regions include Flanders in the north, Wallonia in the south and the Brussels-Capital region – each region has its own government with its own parliament.

Belgium’s three communities, named after the language they speak: Flemish, French and German.

This Flemish political party was founded in 2001, and wants Flanders to be separated from the rest of Belgium. It’s generally considered to be center-right.

This is a French-speaking social democratic party, supported by urban working class people in Wallonia. It’s the dominant party there.

A French-speaking liberal party that campaigns for a united Belgium.

This party was quite right-wing when it started, but quickly became more mainstream.

This party campaigns for independence for Flanders, and has strict immigration rules. It’s a right-wing nationalist party, and an agreement known as the ‘cordon sanitaire’ means other parties are restricted from entering into coalitions with it.

This party’s ideology is a mix of centrist leanings about the economy, plus Christian-inspired humanism.

Ecologists confederated for the organisation of original struggles, Ecolo

This is a French-speaking green political party, in Wallonia and Brussels.

The Flemish green party, focusing on progress, responsibility and solidarity.

A right-wing party that endorses greater autonomy for the Belgian regions.

Belgium has a civil law system based on the French Civil Code.

There are 27 judicial districts. Nine provincial courts deal with jury heard criminal cases – there is no appeal from these, but the Court of Cassation can overturn their decisions. It cannot hear cases in the first instance.

The Council of State is a legislative body that also acts as the highest court for administration – although, no judge can alter parliamentary legislation.

Judges are appointed for life by the government and candidacies have to be submitted by the High Justice Council. 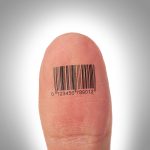 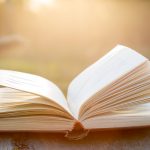