If you’re working abroad, do you need to adapt your business style to boost your chances of professional success? Learn more about business etiquette around the world.

You’ve secured your dream job in an exciting location abroad. You’ve got a fantastic new home. You’re making new friends, seeing the sights and settling in well, and have started working abroad in your new international career. What could possibly go wrong? As multinational, multicultural, and multilingual organizations continue to expand with employees from all over the globe living and working in different cultures to their own, opportunities to commit social faux pas are rife. Even if you pursued a business degree abroad, no intercultural classroom training can fully prepare you for a diverse workplace. How do you navigate the differences in business etiquette from country to country?

It’s no longer enough to say, “when in Rome, do as the Romans do.” Chances are that the people you work with aren’t actually from the country you’re living in. As a result, the usual rules of local culture might not apply. Make sure that you tread carefully, especially if you’re in a leadership position or you’ve moved abroad to become an entrepreneur.

In some cultures, such as Australia, China, and Germany, it’s considered rude to keep someone waiting for a business meeting. German business culture, for instance, values punctuality nearly to a fault.

But in other countries, such as France, Spain, Russia, and the United Arab Emirates, punctuality is not considered a virtue. Time is not the most important part of meetings in these countries. Don’t be shocked if you are kept waiting before or during your meeting.

In these circumstances, it is advisable to be patient. Take the time to chat and establish good working relationships.

Don’t be put off if other guests or telephone conversations interrupt your meeting, either. This is often the normal practice and may be a test of your patience!

It’s worthwhile to be aware of the effects that another culture’s holiday season could have on business etiquette. For example, don’t expect much out of the Shanghai office during Chinese New Year, as the entire country practically shuts down. Similarly, Ramadan can also affect the productivity of your Muslim colleagues, as they are likely fasting during the workday. Be patient and understanding of anyone that might be observing a holiday.

Gift-giving can cause confusion and great offense if the traditions of the culture are not adhered to. In many cultures, colleagues celebrate negotiations, contracts, or projects with gifts. Gifts for the office, such as a nice bottle of wine or liquor, are sometimes appropriate. In other cultures, gifts are bribes; as such, offering gifts to an associate could result in subsequent legal action. In Australia and many African countries, gift-giving is not the norm. However, gift exchanges between associates are strongly rooted in tradition in Indonesia, Japan, and the Philippines. Gracious style and ornate presentation are a part of this tradition.

Even more confusing is how you accept a gift. It’s very important in Asia and the Middle East to only use your right hand, or both hands, to offer or accept a gift. In Hong Kong and Japan, you should use both hands. Gift recipients in Singapore may graciously refuse three times before accepting a gift. In Chile, however, gifts are accepted and opened immediately.

It’s also important to take into account religious traditions. For example, wine or some meat products might not be acceptable gifts to give someone who is from a Jewish or Muslim country.

Business etiquette during a meal

In some countries, meetings often occur over lunch or dinner. For example, hospitality is a way of life in the Arab world. As a result, business meetings happen during a meal (unless it’s during Ramadan, of course), more than likely in a lavish hotel or restaurant. It is polite to return such invitations to your associates.

Be careful about your eating habits while conducting business meetings over a meal. In some countries, such as New Zealand, it is bad manners to discuss business during the meal. Rather, New Zealanders conduct business before or after the meal.

While many cultures, such as France, New Zealand, and the United Kingdom, consider a conservative business dress code to be appropriate, others, such as Bermuda, have a more relaxed informal approach.

In other countries, such as the United Arab Emirates, visitors should abide by local standards of modesty. However, they do not require visitors to adopt native clothing. Wearing traditional clothes as a foreigner could be considered offensive.

Australians are generally friendly and open, but they value directness and brevity when communicating; on the other hand, Germans take their time and consider options in great detail. However, projects move quickly once the planning stage is complete.

Different cultures have different ways to greet business associates which may seem a little confusing to you. For example, in China you might be greeted with a round of applause; return the applause out of respect to your associates.

In some countries, such as France, Germany, and New Zealand, you are expected to shake your business associates’ hands both at the beginning of the meeting and at the end. Also consider eye contact when shaking hands. In New Zealand, you should maintain eye contact throughout the handshake, while in France the eye contact should be brief. Handshakes are often accompanied with a slight bow or nod of the head in some countries. These include China, Germany, and Japan. It is important to return this bow or nod as a mark of respect.

Be cautious when making jokes unless you’re absolutely sure it will be well-received.

Many expats agree that there are immense benefits of living and working in a global community for their business relationships and their careers. But there’s also lot to learn and take into account when conducting business on the global stage.

It can often be a minefield of social faux pas but the benefits and advantages to your business relationships and your career far outweigh the disadvantages. 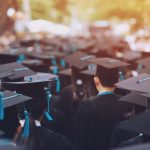