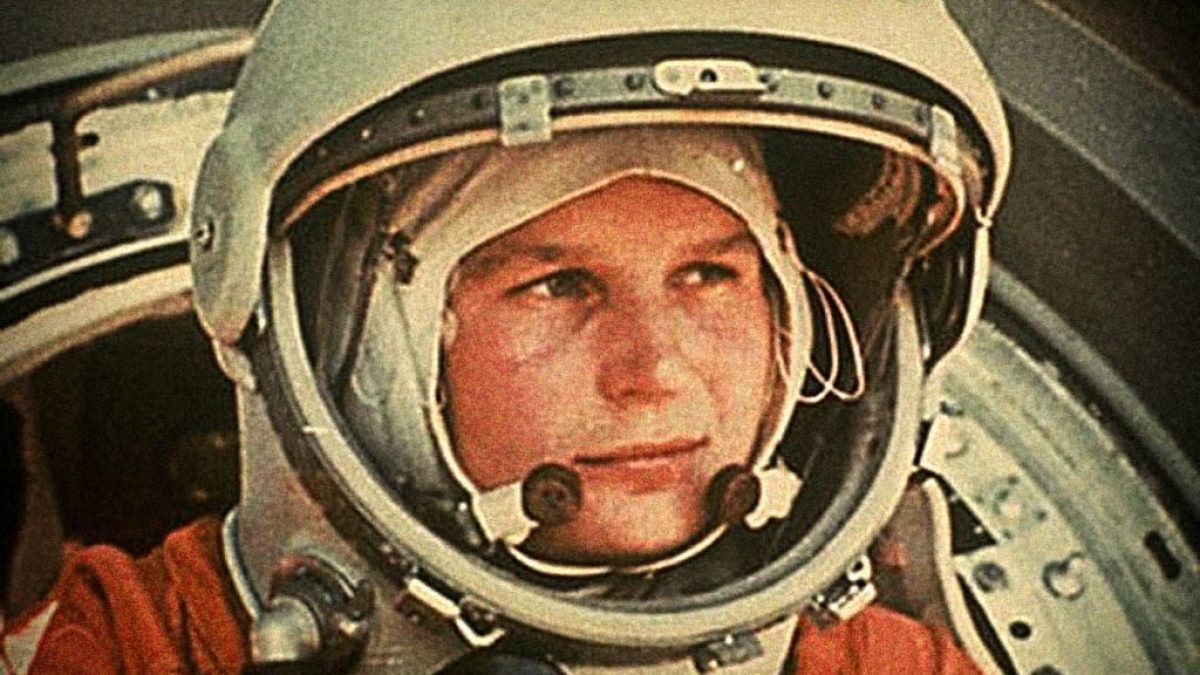 How well do you know the Russians? This mix of informative and interesting facts will prepare you for living in Russia, or test your Russian knowledge!

1. Russia is the largest country in the world and bigger than Pluto.

It covers an area of 17 million square kilometers, of which Siberia makes up 77%. It stretches so far around the globe that Russia has 11 different time zones. Russia has a population of around 144 million people.

2. The name of Russia’s famous Red Square has nothing to do with communism

but comes from the word krasnyi which originally meant beautiful.

3. Russia used the Julian calendar until 1918

This calendar is 12 days behind the Gregorian calendar. As a result, the Russian Olympic Team arrived 12 days late to the 1908 Olympic Games held in London. The Russian Orthodox Church still uses the old Julian calendar.

4. Russia and the US are just 4km apart at the nearest point

This is the distance between two islands Little Diomede (United States) and Big Diomede (Russia) that lie in the middle of the Bering Strait, the channel between Russia and Alaska. In the middle of winter, an ice bridge forms between the two places but walking across it is illegal. Alaska itself was once part of Russia; the Russians sold it to the Americans for USD 7.2mn in 1867.

5. Russian cosmonaut Yuri Gagarin was the first human in space

when he orbited the earth in a 108-minute flight in 1961. In 1967 Russia also launched the world’s first satellite, Sputnik.

6. Two Russian cosmonauts have spent more time in space than any other person

Gennady Padalka broke the record in 2015 with a total of 879 days in space over five space flights, taking the record previously held by Sergei Krikalev with 803 days, 9 hours and 39 minutes over six space flights.

Lake Baikal is the largest and deepest freshwater lake in the world, and situated north of the Mongolian border in south-eastern Siberia; the lakes stretches 644km (400 miles) and is around 1,637m (5,000ft) deep. Russia is also home to 640 billion trees; almost half of the country is forest. These last wild forests of Europe include vast swathes of Siberia, home to the endangered Siberian tiger.

8. The word tsar comes from the Latin word ‘caesar’.

The first Tsar or emperor of Russia, Ivan IV, better known now as Ivan the Terrible, was crowned in 1547. The last was Tsar Nicholas II who was executed in 1918.

9. The Russian Revolution wasn’t one but two revolutions.

In the 1917 February Revolution, there were violent demonstrations and riots in Petrograd (now St Petersburg) and a provisional government replaced Tsar Nicholas. The October Revolution (effectively a coup d’etat) in 1917 marked the beginning of Soviet Russia, when Vladimir Lenin and the Bolsheviks (from the Russian bolshinstvo meaning ‘majority’) took control. Following the revolution, Saint Petersburg ceased being the capital of the Russian Empire in 1918 after holding the title for more than 200 years.

10. A clock in St Petersburg marks the exact moment that Russia became communist.

The clock on the mantelpiece in the White Dining Room in the Hermitage Palace stopped at 2.10am on the night of 25 October 1917. this was when the provisional government, in power since the February revolution, were arrested by the Bolsheviks.

The official language is Russian and it’s the first and only language of just over 80 percent of the population. There are more than 100 minority languages, the main one being Tatar; 3% of the country speaks Tatar. Other minority languages include Bashir, Circassian, Chechen, Chuvash, Dolgang, German, Mordvin, and Ukrainian. Most people who speak a minority language also speak Russian.

12. Russia has domesticated a species of fox.

Russian scientists led by Geneticist Dmitry Belyaevat the Institute of Cytology and Genetics in Novosibirsk, showed that a species could be tamed by breeding on behaviour alone in just over 50 years. The domesticated Siberian foxes are friendly and trainable – and extremely expensive.

13. During the 45 years of the Cold War the Soviet Union and the USA never fought each other directly.

Instead, each side funded wars around the world, built up nuclear weapons (the arms race) and vied for supremacy in space. The Cold War ended in 1991 with Soviet leader Mikhail Gorbachev’s Glasnost and Perestroika reforms, the collapse of the USSR, and the founding of 15 independent republics.

14. Over 70 cats roam the 14 miles of marbled corridors of The Hermitage in St Petersburg

on the lookout for marauding mice. There were cats there since the time of Empress Elizabeth, the daughter of Peter the Great, who decreed the cats come to court in 1745. Today, three volunteers look after the cats. They even have their own kitchen and small hospital.

15. Russia has the biggest nuclear arsenal in the world

with an estimated 7,700 warheads, it holds just under half of all the nuclear weapons in existence (the US has the second biggest store).

16. Russians scientists have brought back to life a plant that became extinct 32,000 years ago.

The fruit of a tiny arctic flower, the narrow-leafed campion, was stored away in the burrow of an arctic ground squirrel, and lay frozen hard in the Siberian tundra until a recent excavation. Scientists thawed cells from the placenta (the part of the fruit that produces seeds) and grew them into whole plants.

17. The radiation emanating from Russia’s Lake Karachay would kill you in an hour.

Lake Karachay, in the southern Ural Mountains in eastern Russia, was a dumping ground for radioactive waste for years. It’s possibly the most polluted place on earth.

He has over 1,100 items including a solid gold squirrel statuette.

19. Russians are the world’s fourth biggest lovers of alcohol, knocking back 15.1 litres per person a year

only Belarus, Moldova and Lithuania beat Russia. Vodka is the most popular drink (the word vodka come from voda, which means water), and beer (the second most popular) was only officially classed as an alcoholic drink in 2013. Up until then anything with less than 10 percent alcohol was considered a foodstuff.

The life expectancy for Russian men is 64.7 years and 76.57 years for Russian women (2015 estimate). Women also outnumber the men: there are around 10 million more women than men in Russia.

21. The famous Trans-Siberian railway is the longest single railway in the world.

running some 9,200km (5, 700 miles) from Moscow in European Russia to Vladivostok on the Pacific coast in Asia. The trip non-stop takes 152 hours and 27 minutes.

22. Peter the Great wanted to westernize the Russian way of life so he imposed a beard tax in 1698.

He ordered all men with beards (except priests) to be clean shaven or pay a tax of 100 roubles. Those who paid were given a copper token bearing a beard and moustache and the words ‘the beard is a useless burden’.

23. More billionaires live in Moscow than any other city in the world after New York.

According to the Huran Global Rich List 2015, Russia has a total 93 billionaires (those valued with assets at more than USD 1,000,000,000), the fourth-largest number of billionaires in the world after the US, China and India. Many Russian billionaires saw their fortunes fall in the last couple of years due to a number of factors, not least the drop in global oil prices. Some rich Russians hire fake ambulances to ensure that other drivers let them get through Moscow’s terrible traffic jams.

25. The Russian village Oymyakon is the coldest village on earth.

The Siberian village of Oymyakon saw the temperature dip to -68 C on 6 February 1933. Only Antarctica is colder! It’s chilly elsewhere in Russia, too: the icicles hanging off some of the buildings in Moscow are so huge that people cordon off the sidewalks below to prevent the icicles from hitting pedestrians below.

to 69 children. According to the Guinness Book of World Records, various contemporary accounts record that a Mrs Vassilyev (1707-–c.1782) gave birth to 16 pairs of twins, seven pairs of triplets and four sets of quadruplets. Most of them did not survive infancy.

27. Revenue from oil production and exports makes up more than half of the federal budget revenue.

28. You can view Lenin’s body in the Lenin Mausoleum in Moscow’s Red Square.

After his death on 21 January 1924, Russian scientists carried out experimental embalming methods to preserve the body; they’ve been fine-tuning the procedures ever since. Scientists re-embalm Lenin’s body every other year.

29. Everyone was an atheist in the Soviet Union

but today around 15–20 percent of Russians say they are Russian Orthodox, 10–15 percent say they are Muslim and around 2 percent profess to other Christian denominations. The true figures are probably higher as there are still many non-practising believers, a throwback to the days of Soviet rule when adherents to a faith suffered discrimination and persecution.

No has ever been able to prove or disprove Goldbach’s Conjecture that ‘every even positive integer greater than three is the sum of two (not necessarily distinct) primes’. Answers on a postcard, please. 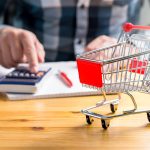 What’s it like for expats in Russia? Tips for settling in