Getting divorced in the Netherlands

We provide all the information you need if you are looking to get divorced in the Netherlands and start the legal proceedings.

Most expats getting divorced in the Netherlands will be able to do so legally, and the divorce should also be recognised in your own country. Filing for divorce in the Netherlands is not a difficult process. If you got married there, you must get your marriage formally dissolved (ontbinding) by the District Court. This helpful guide, provided by SCG Advocaten, explains the process and what to expect during divorce proceedings.

The guide includes information on the following:

Carlijn van der Vegt-Boshouwers from SCG Advocaten advises and informs clients in family law matters, such as maintenance, care arrangements, divisions, and the settlement of prenuptial agreements. She works with clients in and outside the Netherlands and assists with international family law issues, as well as working as a divorce mediator.

An overview of divorce in the Netherlands

There are three types of formal unions in the Netherlands: marriage, a registered partnership, and a living together agreement. They all apply to both heterosexual and same-sex couples. You can read more about this in our guide to marriage in the Netherlands.

Despite the introduction of same-sex marriage in 2001, the marriage rate in the Netherlands has been declining since 2000. In addition, divorce has become much more common over the past 50 years, like most other EU countries. In fact, divorce rates in the Netherlands have more than double since 1970, according to OECD statistics. Marriage dissolutions have also become more common. In 2017, nearly 10 per 1,000 marriages ended this way, compared with only three in 1,000 in 1950.

What are the best ways to start dating after a divorce?

Despite these facts, the current divorce rate is slightly lower than the EU average: 2 people per 1,000. Generally speaking, marriages also tend to last slightly longer than they did in the past: an average of 15.1 years in 2017, compared to just 11.2 years in 1950, according to online statistics portal, Statista.

The legal grounds for divorce in the Netherlands

Irretrievable breakdown of the marriage

Regardless of whether you are an expat or a native, you will need to demonstrate the reasons behind wanting to divorce your partner. The only legal grounds for divorce in the Netherlands is ‘irretrievable breakdown of the marriage’.

How this relates to your relationship is fairly open to interpretation, and usually you won’t have to define or prove how the marriage has broken down. There is also no financial advantage to being the person who is filing the divorce.

It gets trickier if your residence permit is a spousal permit, which are typically tied to your spouse’s job. In this case, getting divorced could mean that you will have to apply for a Dutch permit in your own name in order to stay in the country. Getting a formal separation and living separately may also affect your residency rights. With this in mind, it is important to consult your lawyer as part of the divorce mediation, to make sure that you have the correct residence permit.

Getting a divorce in the Netherlands: step by step

The process of getting a divorce in the Netherlands

Filing for divorce in the Netherlands is not a difficult process, but it can vary depending on how you and your spouse want to do it. You can choose to go through mediation as a first step. If you both reach an agreement, the mediator will file a petition for divorce on behalf of both spouses, along with a divorce agreement and a parenting plan.

However, if you cannot agree, or you choose not to go through mediation, the spouse filing for divorce must get a lawyer to file a petition to the local District Court (rechtbank). You cannot file the petition yourself. The lawyer will also contact a bailiff to serve the divorce papers to the other spouse. The spouse being filed against has six to 10 weeks to file a defence contesting the divorce claim. In general, the divorce request will still be granted.

Next, there will be a court hearing. This usually takes place a couple of months after the defence has been filed, depending on how busy the District Court is. The judge will make a ruling after the court hearing, which takes another six to eight weeks. Your lawyer will receive the verdict. If you are not happy with the verdict, you will have three months to make an appeal.

Documentation for a Dutch divorce

The court may request whatever evidence it deems necessary when processing your divorce. This can include documents such as:

Cost of getting a divorce in the Netherlands

In addition to getting all of your paperwork together, you will also need to factor in the costs of getting a divorce. This will vary depending on whether the couple have children, how many assets need to be divided, and whether the couple can come to an agreement out of court.

For a regular divorce, you can expect to pay around €675; this includes a €291 court office fee and 21% VAT. Divorces requiring a consensual contract and/or a parenting plan will cost around €765. Expats should take note that it costs an extra €175 for overseas domiciles.

Some people may qualify to receive legal aid, which can greatly reduce the cost. You will need to provide evidence of why you think you should receive legal aid; for example, proving that you are on a low salary.

Things to consider when getting a divorce in the Netherlands

One of the most important decisions during a divorce is what happens to the couple’s children. You must provide the District Court with a parenting plan that is signed by both parties if you have children born from the marriage. This must include details on how they will share caring for their children after the divorce, how both parents will stay in contact, and how the finances will work.

If it is not possible to send a parenting plan that is signed by both parties, you will need to explain what actions you will take to arrange the children’s care. Children aged 12 and over have the legal right to express their opinion about the parenting plan, before the court make the final decision. The children will never have to choose between their parents, and aren’t able to make the final decision for themselves; that rests with the parents and the judge.

Until January 2018, all property owned by either party in a marriage was considered to be communally owned by both spouses by the court. This was regardless of which spouse owned it, and whether it was bought before or during the relationship.

However, nowadays, only property acquired during the marriage is considered part of the marital property. This change could significantly impact the assets that spouses can be awarded. As for property bought during the marriage, how it is split will depend on how long you were married for, which country you were married in, and how long you stayed in the Netherlands.

You should also consider things like pre-nuptial agreements (huwelijkse voorwaarden). The courts will respect this, unless they see it as immoral or contrary to public order.

You can apply for spousal support (alimony) either during or after divorce proceedings. Spousal support will usually be granted if one spouse cannot financially support themselves, or if there is a large gap in earnings between spouses. The court will gather proof of both partners’ financial situations, and see whether the other spouse is able to pay.

The Dutch government is reportedly planning reforms that will change the conditions for spousal support, however these have not been announced yet.

If Dutch law is applicable to the division of property, it will usually apply to pension rights, too. The couple will equally share all pensions built up during the marriage; this is a pension equalisation (‘pensioenverevening‘).

Your pension fund automatically separates an amount for the other spouse from the main pension, and pays them directly. Certain funds considered to be equivalent to pensions may also be shared. These include pension reserves in a limited company, or a life insurance policy bought to supplement your pension.

Alternatives to getting a divorce in the Netherlands

Getting an annulment in the Netherlands

An annulment can be a cheaper option for ending a marriage, however you can only apply for it in specific circumstances. For this reason, annulments are much less common. A marriage can only be annulled by a court order, and you must file a petition for the proceedings to begin.

The court will only grant an annulment based on the following conditions:

If an annulment is granted, it means the marriage will be treated as if it never existed. So, if one partner bought a property during the marriage, it would remain theirs alone; whereas in a divorce, it would be split with the other spouse. The only exception is if any children were born as a result of the annulled marriage. In this case, they will remain officially related to both parents.

A legal separation (scheiding van tafel en bed) is an intermediate step where a couple will technically remain married, but will not live together. However, it is still necessary to formally come to an agreement on issues such as child support and the division of property.

A legal separation may be turned into a divorce after a three-year waiting period. However, it can also be done after one year as long as both partners agree. Many other conditions apply, so it is advisable to seek professional advice first. You do not have to undergo a legal separation before opting for a divorce.

Mediation is common in Dutch divorce cases. The spouses will try to come to a divorce agreement outside of court, with the help of a mediator and sometimes the spouse’s lawyers.

If mediation is successful, it will result in a divorce settlement (echtscheidingsconvenant); a written document covering issues such as the division of property and child maintenance. The court may use the details of the settlement when issuing its divorce order.

Mediation can be a favourable option for divorcing couples who want to solve their issues in a more affable way. It is usually less expensive than letting the court decide all the details.

Ending a civil partnership in the Netherlands

You can end a registered partnership in a similar way to a marriage. However, the couple can just make an agreement through a lawyer without going to court if they have no children and both agree to the terms. A court cannot dissolve registered partnerships, or sort arrangements such as spousal maintenance. How to meet single expats in the Netherlands

5 Dutch wedding traditions to incorporate on the big day A guide to dating Dutch men and women 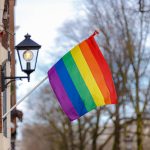