On bike thieves and collection teams

Our blogger Michael Dawkes is so sick of having his bike stolen he’s now considering relocating to Spain, with a hard-working partner.

I often wonder if there might be bike thieves with relations in the trade. Every Dutch person I know has at least one prosperous relative in the bike business. The common answer to ‘where did you get that lovely bike is, often enough, “From uncle Gijs. He owns a shop in, er, Groningen.” It’s always somewhere far away.

The Dutch have a fixation on bikes belonging to expats. It’s not fair! We don’t stand a chance against the most accomplished bike thieves in the world.

I once lashed a bike to a traffic signpost then went to help a friend unload a car. When I returned, the bike was missing. The post had been interfered with, i.e. worked loose from its hole in the ground. Must have taken five seconds to lift it out and begone with it, the locks to be cut-off at leisure.

When I first arrived I was naïve enough to use a, er, heavy duty plastic ex-car steering wheel clock. No finesse involved that time. The thief treated it with utter contempt. Just smashed it to pieces and scattered the plastic shards all over the road.

Isn’t it a horrible moment when you come out of the club, pub, church or police station, drunk and/or broke to find it gone? And it’s raining? Or how about when you’ve chained it to a spare pole at the bus, train station and left it for a few days while away on business, whatever. Yes. You were late for the train and you know you should leave it in the official storage unit. But you didn’t.

Along comes a well-meaning collection team and someone sticks a label on it, warning you of the consequences. But you’re away! Too bad. Clunk; off it’s cropped: officially stolen. Have you been through the rigmarole whereby you try to recover it? Likely a nightmare.

You try to describe it: “Er, black; ladies bike; no bell, no lights; one brake doesn’t work; Albert Heijn bag over the seat.” “Oh. Really? Is this the one, sir?” “Er, that’ll do.” Fat chance.

Have you seen that telly advert where the guy gets some good news about his mobile phone winning a broadband competition, whatever? He’s so chuffed he casually abandons his bike to a passive canal, to be dredged up at great expense at a later date. That bike looks perfectly okay to me; reminds me of one I had nicked. Strikes me that they, the rather naff, socially irresponsible TV advert makers, must have stolen that particular bike prior to making the ad. How come they’re allowed to steal bikes and make crass adverts like that?

So the latest thing that happens to me: I go to England with my bro-in-law – a trucker. Built for the job (his nickname’s ‘Bear’), he even picked me up in his truck, not from right outside my place but pretty close to it. I even impressed my neighbors. It was an interesting ride. He brings whey to the Netherlands and takes goat’s milk to England. Brits love Dutch goat’s milk, apparently. They think it’s full of mountain freshness.

Plus he brings me back, so I didn’t have to use my bike to go to the station. Guess what? It’s still there, right where I parked it but not as I left it. Now when I’m at my sister’s house I don’t leave my bike outside. Why? Because if it isn’t ‘nickable’, someone will take offence and kick seven bells out of it: just for badness. Very moronic trait, that. ‘Doh. I can’t steal it so I’ll wreck it.’

Here too, I’m afraid. Parked right outside my apartment block with good locks and good chains, so what did the moron do? Kicked at least five bells out of it and buckled the back wheel beyond repair. A new one would cost me more than the bike. (A lot more!)
I’m fed up. I’m thinking of moving to Spain and buying an environmentally friendly but thief-unfriendly donkey. Spanish donkeys kick back. Of course, if I could find a hard-working partner we could even start a goatherd, from scratch, and become whey ahead of the game.  B-boom.

Your feedback is welcome. Please send any comments to [email protected]. 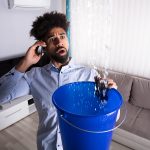 The best plumbers in the Netherlands’ 10 major cities 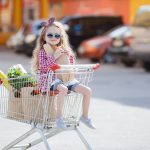 Top tips for grocery shopping in the Netherlands