A guide to skiing in France

Home Lifestyle Things to Do A guide to skiing in France
Last update on May 19, 2020
Share

Although well-known for its dynamic capital city and stunning southern beaches, the mountainous regions of France offer some of the best skiing opportunities in Europe.

A few days ago I was on a long and unforgiving flat blue run cursing the cruel person who invented such an ill-conceived and pointless piece of sporting equipment. But on the plane ride home, 24 hours later, I was already thinking about when I would be able to get back to the mountains to try again.

It’s amazing how effectively gorgeous views, fresh mountain air and après-ski entertainment can dull the pain of bruises and sore muscles after a hard day on the slopes. If you’re curious about a ski holiday getaway, here’s a quick run down of the alpine resorts I’ve visited so far:

My work ski trip brought me to Villars-sur-Ollon. In my experience, the Swiss ski resorts are convenient for weekend trips and well-equipped to handle large groups, but are not quite as picturesque as their French and Italian counterparts. However, once you get to the top of the ski lift, the mountain views are equally breathtaking.

My main complaint about Villars is that it is not a very snowboarder-friendly resort. Despite the lift challenges, my snowboarding improved immensely on this trip. My (rather dreamy) French snowboard instructor was fantastic and by the second day I was much better at steering with my front foot and was linking turns all over the place.

We stayed in the Eurotel Victoria which was a large, functional hotel with decent food. Its best quality by far was its excellent location: right next door to a ski rental shop, just a few minutes down the road from the gondola up to the pistes, and directly opposite the end of one of the long blue runs. The hotel also has a pool, steam room and sauna which, although appreciated, are probably not put to best use with work colleagues.

If you’ve had enough skiing I would highly recommend a trip to the expensive but beautiful Chalet RoyAlp Hotel & Spa. The one hour ”just relax” massage was heavenly and completely relaxing as advertised (if you can stomach the price tag).

While there are not a lot of après-ski options on the mountain there are some cozy bars and restaurants in town. We enjoyed a fantastic dinner at Restaurant Vieux-Villars. The set menu included raclette, beef fondue and a choice of delicious deserts.

After dinner we went to the Moon Boot bar which was attempting to be swanky and served fun cocktails, but the techno music soon drove us into the arms of the one cheesy night club in town – the strangely named El Gringo – which was crowded and charged a CHF 20 cover but kept us dancing until four in the morning.

Piste: Too many steep drag lifts including the dreaded double T-bar. Otherwise a good variety of pistes for all levels. Brave and patient skiers can take a bus and many lifts up to the Glacier 3000 ski area at the top of the mountain.

Après ski: My favourite après ski location was a little log cabin bar across from the Eurotel. It is warm and friendly inside with picnic tables outside if you want fresh air. The vin chaud was delish.

Charm: Not the most charming ski town I’ve been to but very functional. Everything you need for a fun ski weekend at your fingertips.

The catered ski chalet is the way forward. After spending a week in a lovely, eight person, half board, ski in-ski out chalet in Mirabel I was completely relaxed and utterly spoiled. We were taken care of by a lovely ski hostess who made us breakfast every morning (fresh French bread and croissants, hot porridge, eggs and bacon), left tea and cakes waiting for us in the afternoon and then made us a home cooked three-course dinner every night.

We hardly went out to the bars in town at all — staying in our lovely chalet by the roaring fire and playing a few rounds of cards after dinner was much more appealing after a long day (or a short one) out on the slopes.

I’m afraid the Trois Valleys pass (which gives you access to eight connected resorts in the area, including Courchevel and Val Thorens) was wasted on me — there were plenty of pistes in Mirabel to keep a beginner busy for a week.

On days when I was especially sore, tired, and couldn’t face putting on the board I found that napping, hiking up and down the switchback roads and looking around in the shops in town was all the activity I needed.

Piste: Hardly a drag lift to be found but lots of long, flat and narrow traverses which, for a cautious snowboarder, are kisses of death.

Après ski: Lots of casual bars and restaurants in town (although we hardly left the chalet). In town go to La Galette which offers a large variety of savory and sweet crêpes and tempting raclette and fondue for cheese lovers.

Charm: High marks for charm. Meribel is beautiful and big enough to be interesting for an entire week.

Courmayeur is a quaint and tiny Italian ski town at the foot of Mont Blanc. We were staying in a hotel a short walk from the large gondola which takes you from the town up to the start of the ski area. The resort was good for beginners with lots of wide blue runs and manageable reds.

My friends and I took on various blue and red runs over the course of two days, and by the end I was able to turn even on steeper parts of the course. I still was mostly getting down the slopes via falling leaf and of course still fell frequently when getting off chairlifts or on tricky bits of the piste when my legs were tired. I’m certainly not very fast or graceful coming down the mountain, but it was such a marked improvement over last year, and so much fun.

We enjoyed a big group dinner one night at a charming restaurant in the pedestrian-only part of town. There was lots of wine, toasts with grappa, group sing-a-longs and a four-course Italian feast – the perfect way to celebrate and top off a successful and fun ski weekend.

Piste: Lots of good beginner slopes, not as many pesky drag lifts.

Après ski: Excellent. Lots of opportunities for sunning and hot chocolate on the slopes and places for mischief and mingling in town. The food is Italian so, obviously, delicious.

My first snowboarding trip from London was to the charming alpine town of Lenzerheide, two hours outside Zurich. It had been exactly six years since my last (and only previous) attempt at snowboarding so I was a bit nervous. Yet I had a wonderful and patient instructor who taught me the basics, and then shouted encouragement and advice to me as I gingerly picked my way down the mountain.

Snowboarding and skiing really wears you out quickly when you’re a beginner, so after a few hours I was ready for the après-board portion of the day. There were cute little bars and restaurants scattered across the slopes serving standard Swiss-German dishes like wurst and rosti (which looked something like hash browns and could be ordered topped with cheese and a poached egg).

For an après-ski pick-me-up there was gluhwein (mulled wine) and jagertee (tea with rum in it). Wearing lots of ski gear plus vigorous exercise actually made for rather warm conditions, so a cold beer was another good option.

After dinner we walked from the hotel into town to assess our nightlife options. We hit up Nino’s bar (where I avoided the waves of jägerbombs being passed around) and then went dancing at Cinema Club (very cool club in a converted theatre) until three in the morning.

On Sunday a friend and I decided to take a break from the slopes altogether and headed to the spa. One of the nicest hotels in town had a Hamam (Turkish bath) and we spent a couple of hours there alternating between steam rooms, hot baths, and the full-body application of mud masks and scented oils. Perfect for aching muscles.

Piste: Not a bad resort overall but a few too many button and drag lifts for a boarder’s taste. And we had to take a bus from the hotel to the lifts.

Après ski: Good selection of bars and a fun night club. The restaurants serve Swiss-German fare for the most part.

Charm: A very sweet town with little wooden churches (cute until the pealing bells wake you up at the crack of dawn). Starting to become more built up with condos and large hotels. 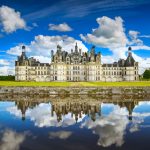 Top 10 places to visit in Paris 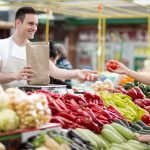