Key facts about the French parliament

French politics has a semi-presidential system, and consists of an executive branch, a legislative branch and a judicial branch.

The parliament has two prongs: the National Assembly (or lower house of parliament) and the Senate. Parliament passes statutes and votes on the budget. The Constitutional Council scrutinizes the statutes.

The French government checks on various judiciary bodies to protect against abuses of power.

There are usually two rounds to the election, unless one candidate wins an outright majority in round one.

The two frontrunners in the last election were Emmanuel Macron of centrist party En Marche! and Marine Le Pen of the right-wing National Front party. Macron won with 66.1% of the vote.

Voting takes place under a constituency-based simple majority system, but in two rounds.

If no candidate wins more than 50% in the first round, any contender with more than 12.5% of the registered vote stays in the race for the second round. This takes place on June 17.

In practice, however, the leading parties usually strike deals whereby less well placed candidates agree to stand down, often in exchange for reciprocal favors in other constituencies. This gives rise to intense deal-making between the two rounds.

The national census defines the boundaries of the 577 constituencies, of which 22 represent overseas territories. Each one contains around 100,000 voters. The last update to the boundaries was in the 1980s.

The French parliament – which also includes the upper house or Senate, elected by indirect suffrage – has fewer powers than its opposite numbers in many other democracies.

Its ability to block or amend legislation is limited by the powers of the government, which is itself often beholden to France’s powerful head of state.

French presidents have more power than a lot of other European democracies. They command things like the national army, as well as driving policymaking.

While the French parliament can force the prime minister to resign, French presidents have the power to dissolve the parliament at any time, and can circumvent the parliament to implement laws in other ways – such as by holding referendums. 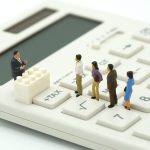 French welfare: Being poor is a full-time job in France 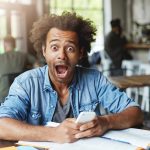 How to prepare the ultimate dossier file to tackle French bureaucracy