A guide to the best things to do in Dresden | Expatica 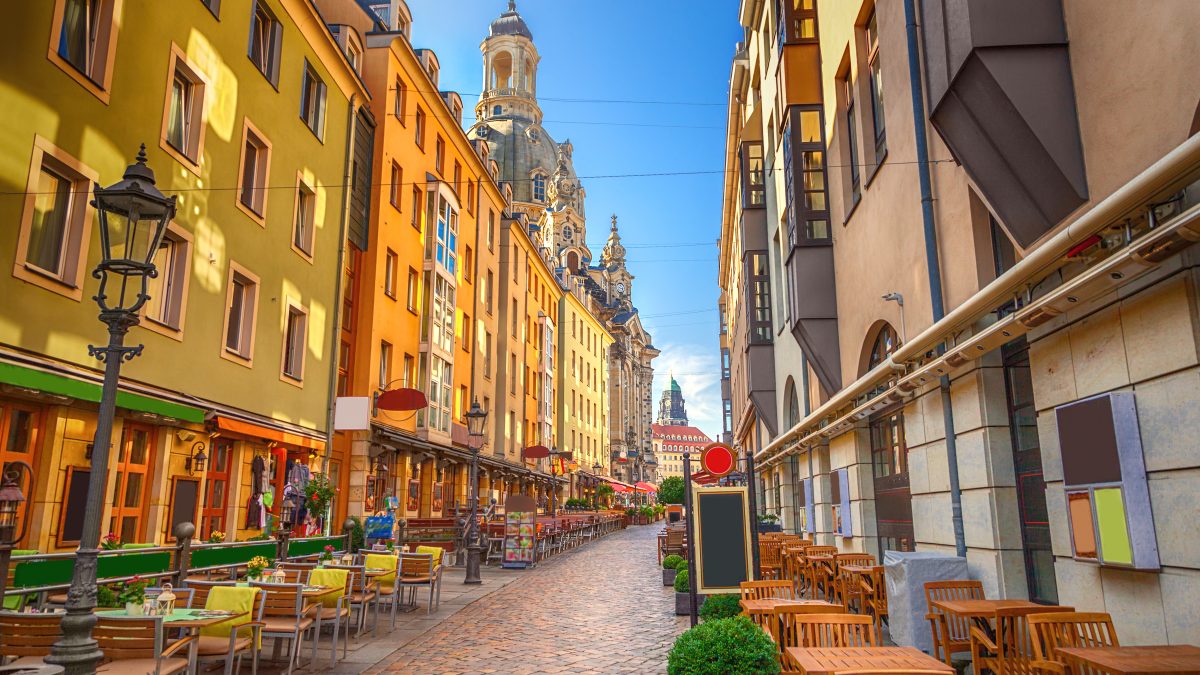 The best things to do in Dresden

Home Lifestyle Things to Do The best things to do in Dresden
Last update on May 14, 2020
Share

Halfway between Prague and Berlin, Dresden makes for a fun, intriguing stop rich with history. At the peak of its power in the 18th century, Dresden’s ambitious, macho Augustus the Strong, prince elector of Saxony and king of Poland, imported artists from all over Europe, peppering his city with stunning Baroque buildings.

The history of Dresden

Sadly, Dresden is best known today for its destruction in World War II. American and British pilots firebombed the city, killing more than 50,000 people and destroying 85% of the historical centre. American Kurt Vonnegut, who was a POW in Dresden during the firebombing, later memorialized the event in his novel Slaughterhouse-Five.

When Germany was divvied up at the end of World War II, Dresden wound up in the Soviet sector. Forty years of communist rule left the city in an economic hole — even today, Saxony’s unemployment rate hovers around 19%. Some older Dresdeners feel nostalgia for the Red old days, when “everyone had a job.” But in the decade and a half since the Berlin Wall fell, Dresden has made real progress in getting back on its feet — and most locals are enjoying capitalism with gusto. Today’s Dresden is a young and vibrant city, crawling with happy-go-lucky students who barely remember communism.

In an afternoon or a couple days, you can sample old and new in this city tucked among rolling hills. Virtually all of its sights are within easy strolling distance along the south bank of the Elbe in the Old Town.

The Zwinger, a fortress in the Middle Ages and a parade ground in Augustus’ time, is now a fine courtyard lined with many of the city’s best museums. The Old Masters Gallery features works by Raphael, Titian, Rembrandt, Rubens, Vermeer, and more, including Raphael’s masterful Sistine Madonna (featuring a pair of very famous baby angels). The Royal Armoury is especially fun for its children’s armour and jousting exhibit. The Mathematics-Physics Salon is an intriguing collection of globes, lenses, and clocks from the 16th to 19th centuries. And the Porcelain Collection is a testament to Augustus’ obsession with fancy china.

Across the street and through a passageway is the Palace of Culture, a theatre built by the communist government in 1969, is still used for concerts today. Notice the mural depicting communist themes: workers; strong women; care for the elderly; teachers and students; and, of course, the red star and the seal of the former East Germany.

Nearby is the sprawling Royal Palace. This Renaissance palace was once the residence of the Saxon prince elector. Formerly one of the finest Renaissance buildings in Germany, it’s been rebuilt since its destruction in World War II. The grand state rooms of Augustus the Strong are scheduled to open in 2010. For now, the prince’s treasures are the big draw here: The New Green Vault is remarkable enough, but the Historic Green Vault (reservation required) is arguably the most impressive treasury in Europe.

Dresden is also home to two impressive churches. Augustus ordered up the Lutheran Frauenkirche (Church of Our Lady) in an attempt to match the mighty Catholic domes of Venice and London. Completed in 1743, this was Germany’s biggest Protestant church (310 feet high). It was destroyed in the 1945 bombings and kept in rubble as a peace monument until 1992, when reconstruction began.

The restorers used as many of the church’s original stones as possible, fitting the church together like a giant jigsaw puzzle. About a third of the church is original stones (notice the dark ones, placed in their original spots), and new pieces were custom-made to fill in the gaps. The reconstruction cost more than €100 million, 90% of which came from donors around the world. The year 2005 saw the rebuilt church’s grand opening — a year before Dresden’s 800th anniversary.

Since its consecration in October of 2005, the church interior is open to visitors. Inside you’ll find the tangled, battered original cross that stood at the top of the dome until 1945. The copy capping the new church was built by an English coppersmith whose father actually dropped bombs on the church during that fateful night. Those feeling energetic can get a great view over the city by climbing the stairs to the top of the dome (EUR 8, Mon–Sat 10:00–18:00, Sun 12:00–19:00, follow signs to Kuppelaufstieg).

Augustus’ son built the Catholic Hofkirche to please the pope so he could carry on as King of Poland. It remains the largest church in Saxony — even though just 5% of Saxons are Catholic. Step inside. The fine Baroque pulpit — hidden by locals in the countryside during World War II — is carved out of linden wood. The glorious 3,000-pipe organ filling the back of the nave is played for the public on Wednesdays and Saturdays at 11:30 (free, April-Dec only). The Memorial Chapel (facing the rear of the church, on the left) is dedicated to those who died in the WWII firebombing and to all victims of violence. Its evocative pietà altarpiece was made in 1973 of Meissen porcelain. Mary offers the faithful the crown of thorns, as if to remind us that Jesus — on her lap, head hanging lifeless on the left — died to save humankind. The altar (freestanding, in front) shows five flaming heads. It seems to symbolize how Dresdeners suffered…in the presence of their suffering saviour. The dates on the altar ( 30-1-33 and 13-2-45 ) mark the dark period between the Hitler’s rise to power and the night Dresden was destroyed.

Things to see in Dresden

Along the Elbe River, the terrace called the Balcony of Europe was once Dresden’s defensive rampart. Look ahead along the side of the terrace facing the river to see openings for cannons and other weapons. By Baroque times, fortresses were no longer necessary, and this became one of Europe’s most charming promenades. Stroll and enjoy the leafy canopy of linden trees. The area across the river is the New Town. While three-quarters of Dresden’s Old Town was decimated by Allied firebombs, much of the New Town survived. The 18th-century apartment buildings here were restored — giving the area a Baroque look instead of the blocky Soviet style predominant on the Old Town side. The New Town is a trendy district today, and well worth exploring. And just off the balcony (back toward the Frauenkirche) is Münzgasse, a street that recreates the lively café scene of pre-war Dresden.

At the east end of the long terrace, and closed for renovation until 2011, is the Albertinum, which houses several of Dresden’s best collections. During renovation, these collections may be on display at the Zwinger, and include the Sculpture Collection and the New Masters Gallery, which features works by 19th- and 20th-century greats such as Renoir, Rodin, van Gogh, Degas, and Klimt. Don’t miss Otto Dix’s moving triptych War (painted between the World Wars), Gustav Klimt’s Buchenwald, and a Rodin Thinker (www.skd-dresden.de).

Go now. While the city is packed with tourists, 90% of them are German or Russian. Until Americans rediscover Dresden’s Baroque glory, you’ll feel like you’re in on a secret.