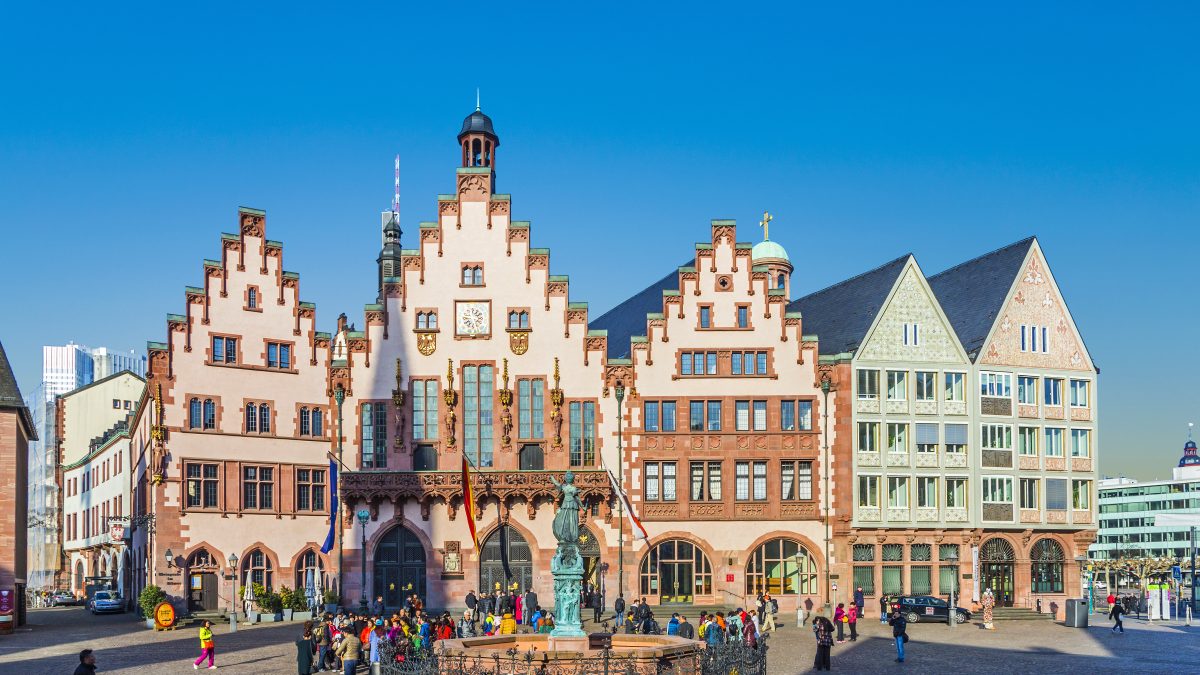 Home Lifestyle Things to Do The 10 best places to visit in Germany
Last update on June 08, 2020
Share

Before you visit Germany, there are many world-class museums in Germany to research. The German Christmas markets also make it a magical place to visit in the German holidays. Then there’s the quirky and colorful side of German culture. It can be seen in the many top German festivals, especially during carnival in Germany.

Besides the many places to see in Germany, a visit to Germany also gives you the opportunity to dig into the hearty German foods and the many regional varieties and specialities.

With great public transport links, it’s easy to travel around Germany. But watch out for the top scams and make note of emergency numbers in Germany. It’s also handy to save a copy of national German holidays, when many businesses and some attractions close.

Here’s a guide on some of the best places to visit in Germany.

Places to visit in Germany

Berlin, the city of cool

Exciting and vibrant, Berlin is the capital of Germany. It’s the center for all that is hip in art, fashion, music, and design. Berlin is teeming with amazing architecture, art galleries, museums, and restaurants. You can also find some of the wildest clubs in Berlin and many quirky activites off the tourist track. Take a stroll down Unter den Linden, where you’ll find museums, the cathedral, opera house, and the Brandenburg Gate. The Gate was impassable during the days of the Berlin Wall and now symbolizes German reunification.

Other must-sees include UNESCO World Heritage site Museum Island, the Jewish Museum, Haus am Checkpoint Charlie and the Berlin Wall Trail to get you started. You can read more about the top things to do in Berlin and where to stay in Berlin.

A walk in the Black Forest

Bordering the Rhine to the west and farmland to the east, the Black Forest covers 11,000 square kilometers. It’s full of peaks, valleys, vineyards, lakes, and nature reserves to explore on foot, bike or horseback.

But there’s plenty more to persuade even the most amateur of hikers to visit Germany. It’s also where you’ll find the world-famous thermal spa town of Baden-Baden, dating back more than 2,000 years. It’s where the Romans came to bathe and was also Europe’s summer capital for the rich at the turn of the 19th century. The mineral-enriched waters continue to bubble up from 12 thermal springs for today’s visitors.

The red-sandstone Heidelberg Castle towers over the city of Heidelberg and is one of the most famous landmarks in Europe, and among Germany’s places to visit. Built as a fortress around 1300, it grew to symbolize the power of the Electors, whose statues appear on the façade of the Freidrich building. Don’t miss the glorious Renaissance fireplace in the Ruprecht wing, the ornate Otto-Heinrich wing, the castle church, and the Hortus Palarunus pleasure garden; although the garden was never completed, it was once considered the eighth wonder of the world. The old bridge in the town center crosses the Neckar River. It provides a great view of Heidelberg’s scenic riverside location in southwestern Germany.

Cologne’s famous cathedral, the epitome of Gothic architecture, dominates the skyline. It contains the world’s oldest large-scale sculpture – the Ottonian Gero Cross – and a window designed by 20th-century icon Gerhard Richter. Cologne also has major museums, theatres, and loads of great restaurants and bars. It’s one of the more vibrant places to see in Germany. Check out those around Alter Markt and Heumarkt squares, plus the brewery taverns in the old quarter where waiters refill your glass with Kölsch beer until you put a beer mat over the top to say ‘no more’.

Cologne’s is also Germany’s carnival capital with a ‘fifth season’ of celebrations lasting from November through to Lent. Sweet-toothed visitors will love the Chocolate Museum with 2,000 exhibits, including a 3m high chocolate fountain into which you can dip a waffle. It covers 3,000 years of chocolate history.

Close your eyes and imagine a romantic fairytale castle and chances are your image will look like Schloss Neuschwanstein. The castle was supposedly the inspiration for Disney’s Sleeping Beauty castle and Chitty Chitty Bang Bang flew over it in the film. The castle’s confection of turrets sits atop a craggy, wooded hilltop in southern Bavaria. It was built by King Ludwig II in the 19th century as a retreat to escape after losing the throne of Bavaria. The king lived as a recluse in a fantasy world of myths and legends in his magnificent castle, with its golden double height, galleried throne room, Hall of the Holy Grail, swan-shaped taps, and grotto. From the hilltop, you can also admire Bavaria’s lakes and countryside.

King Ludwig’s other castles include the grand Hohenschwangau Castle, Herrenchiemsee New Palace, the Bavarian Versailles, and the Linderhof Palace, the only residence the king completed. It’s typically possible to visit selection of the king’s castles from Füssen or Schwangau, making this area one of the more popular places to go in Germany. There are also many hiking paths and a range of outdoor activities in Bavaria.

Every year, Bayreuth hosts the world-famous Richard Wagner Festival, turning it into one of the best places for opera aficionados. In 2013, the festival celebrated the 200th anniversary of the composer’s birth. Even if you’re not an opera fan, you won’t fail to be blown away by the extravagant interior of the 18th-century Margravial Opera House, one of the most beautiful Baroque theatres in Europe. Bayreuth has also aimed to preserve its rich culture and historical heritage by developing a diverse collection of more than two dozen museums and institutions, alongside a collection of sites of grand historical structures and castles associated with the Margraves of Bayreuth.

This is also a city for beer lovers. Head below ground to the Bayreuth’s catacombs, hidden under a brewery, and enjoy the city’s beer history. Taste brews from more than 200 local breweries, among the highest density in the world. Visit Maisel’s adventure world and Brauereimuseum (brewery museum), which holds the Guinness Book of Records award for being the most diverse beer museum.

Lined with castles, palaces, and vineyards, the Upper Middle Rhine Valley has been awarded UNESCO World Heritage status. You’ll quickly see why a top 10 Germany list isn’t complete without it. The Rhine cuts through a stunningly beautiful valley from the Roman town of Koblenz past the famous Loreley rock, a slate cliff over the narrowest point of the river. Legend has it that a beautiful siren called Loreley would sing and lure sailors to their death on the rocks.

Traveling down the Rhine takes you past the picturesque towns of Bingen and Rudesheim. Vineyards line the steep hills with rows of grapes grown for the Rhine’s famous wines. Wine tasting, especially the local Riesling and Pinot Noir varieties, is a great attraction when visiting this top German destination.

Munich: the capital of culture and beer

Munich, the capital of Bavaria, is one of the most cosmopolitan German cities to visit. It’s filled with museums, restaurants, bars, churches and, of course, Munich’s famous beer gardens. The beer gardens are called cellars (as in Löwenbräukeller and Hofbräukelle) because brewers originally sold their beer from their underground stores. Every autumn, the world’s biggest beer festival Oktoberfest takes place in Munich. Oktoberfest is complete with oompah bands and beer from the barrel. Wearing lederhosen is not obligatory, although you’ll see plenty at Oktoberfest. Booking early is essential as Munich becomes one of the most popular German cities to visit.

The Marienplatz, where you’ll find the town hall and St Mary’s Column, makes a great base to explore the city. For more than 100 years, the town hall‘s Glockenspiel has entertained visitors with twirling figurines representing stories of Munich‘s history; you can watch the almost 12-minute show at 11am, noon, and, in summer months, 5pm. The building’s tower has an observation deck at 85m, reached by an elevator. In the cellar is a historical Munich restaurant.

The Deutsches Museum is one of the world’s largest science and technology exhibitions. Car – and architecture – buffs won’t want to miss the amazing BMW Welt. From Munich, you can also take day trips to visit the harrowing Dachau concentration camp and the fairytale castles in Upper Bavaria of King Ludwig II.

Lake Constance – a lake with a view

The view of the Alps from the shoreline of Lake Constance (Bodensee in German) makes this one of the top places in Germany in summer. While the lake crosses the borders of Switzerland and Austria, more than half of the 270m shoreline is in Germany. You can sail, windsurf, canoe, swim or paddle from one of the many sand and pebble beaches. You can also take a boat to visit one of the lake’s three islands.

There’s plenty to explore in the surrounding area, too. The area is full of beautiful towns and villages, Baroque castles and churches, vineyards, reconstructed Stone and Bronze Age dwellings in Pfahlbauten and the Zeppelin Museum.

If seeing the Alps from Lake Constance whetted your appetite, the next step is to reach the top of Germany’s highest mountain: the Zugspitze, near Garmisch-Partenkirchen. At the top – 2,962m above sea level – there’s a 360° panorama of more than 400 peaks in Germany, Italy, Austria, and Switzerland. It’s one of the most unique views in Germany.

With seven months of snow a year, you can enjoy skiing, snowboarding, and sledding. Spend a night in the Igloo Village or visit the mountain top in one day via a historic cogwheel train or cable car.