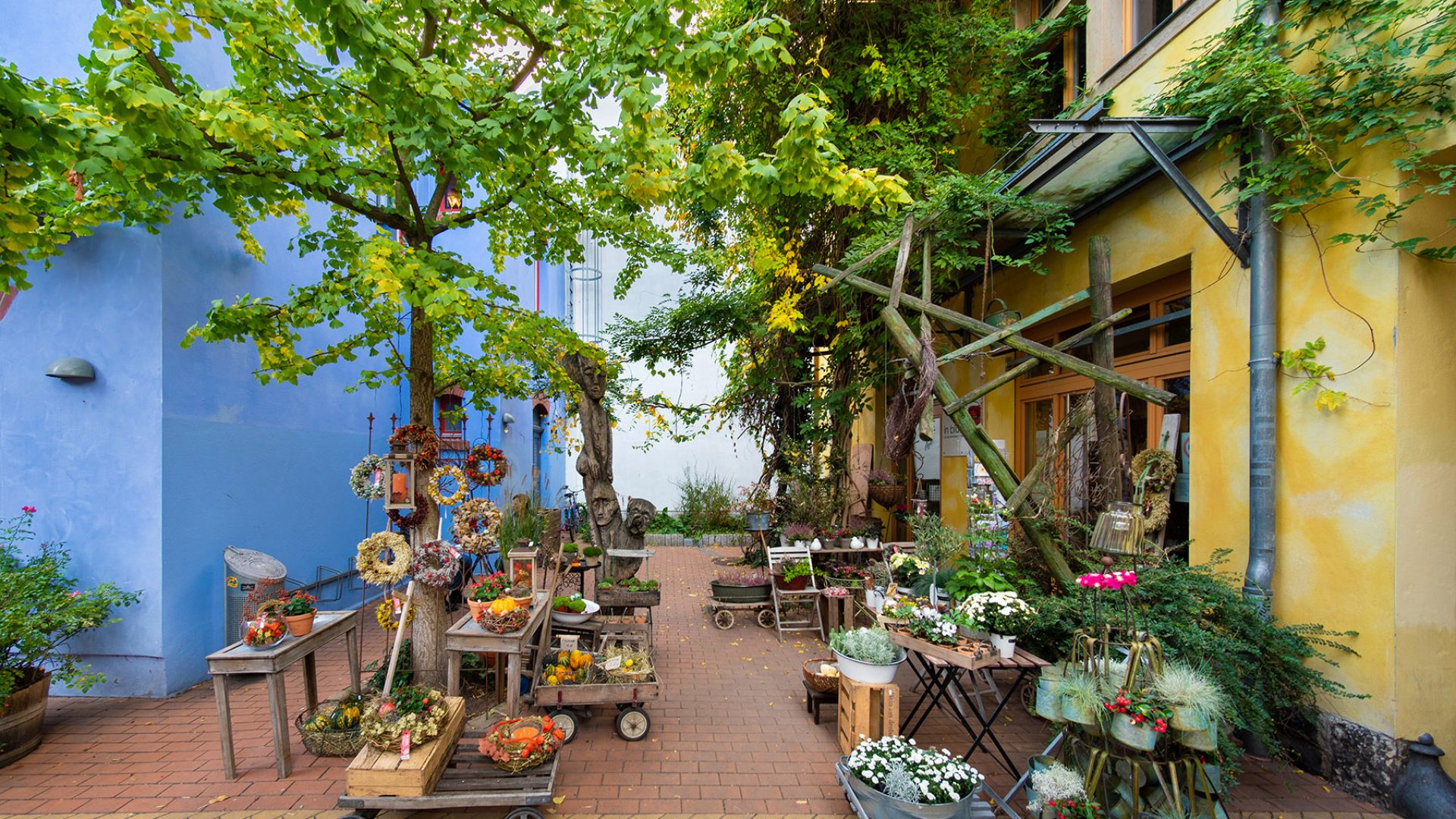 Escape the busy tourist hotspots and discover the quirky side of Germany off the beaten path at these weird and wonderful attractions.

When most people consider visiting Germany, the first attractions that might spring to mind are bustling beer gardens and fairy tale castles. And while these are indeed fun places to visit in Germany, there are far more adventures to be had in Germany off the beaten path. Just take a look at these bizarre activities for inspiration.

Don’t fancy battling the crowds at LEGOLAND and Europa-Park to get your fix of theme park fun? Then why not plan a visit to the eerie abandoned Spreepark in Berlin. The run-down attraction is the place to see toppled dinosaur statues, a 14-meter, multicolored empty Ferris wheel, or de-railed go-carts sitting among weeds and underbrush. The park was originally opened as Kulturpark Plänterwald in 1969 and once attracted 1.5 million visitors per year. Legendary performers from all over the Eastern Bloc, such as Nina Hagen, performed there.

After reunification, however, the park’s fate became somewhat troubled. Under the ownership of Norbert Witte, it was eventually declared insolvent in 2001. Witte was subsequently arrested for trying to smuggle approximately US$14 million of cocaine from Peru to Germany in one of his flying carpet rides! Despite its unfortunate demise, you can still enjoy the site’s magical oddities for free. Tours and events occasionally occur there, including concerts and movie screenings. Creeped out yet?

Germany is famous for its beautiful castles that look like something straight from the pages of a fairy tale. The most well-known of these is Neuschwanstein Castle, nestled in the Bavarian Alps. The beautiful palace famously inspired Walt Disney to create the iconic Sleeping Beauty Castle at Disneyland. Those who appreciate the darker side of literature, on the other hand, might prefer to explore the spooky castle that may have inspired Mary Shelley’s Frankenstein. Perched high on a hilltop overlooking the city of Darmstadt in Mühltal, the foreboding Frankenstein Castle certainly has a hair-raising history to solidify this claim.

After all, it was once home to an eccentric scientist, John Konrad Dippel. He was responsible for chilling experiments with animals – and human body parts! Many people speculate that the mad scientist – as they now call him – inspired the fictional Victor Frankenstein and his ungodly monster. Whether or not this is true, a visit to the eerie castle certainly makes for a memorable adventure in Germany off the beaten track. The castle grounds are free to explore and there is a restaurant serving typical local food and German beer. If you’re feeling really brave, though, swing by on 31 October. For one night only, the castle comes alive for the terrifying Halloween Festival!

Step back in time along the Fachwerkstraße

Germany is the ideal place to take a fun road trip. Indeed, there are more than 80 scenic roads that run from the Fairy Tale Route to the Cheese Route to the Old Salt Road, and beyond. But if you want to glimpse into the past and see what Germany looked like before the devastation of WWI and WWII, then take a trip along the Fachwerkstraße, or Timber-Frame Road. Almost 100 cities and towns lie along this 3,000-kilometer route leading from the River Elbein in the north to Lake Constance in the south.

These settlements feature traditional timber-framed houses that have gone largely untouched since the 1300s. Wandering along the cobbled streets between these preserved homes will make you feel like you’ve stepped back in time. Among the most scenic villages is Meersburg with its old medieval castle complete with a drawbridge and dungeon. Meanwhile, the UNESCO World Heritage Site of Quedlinburg is revered as ‘an exceptional example of a medieval European town’.

Go topsy-turvy at the Upside-Down House of Trassenheide

Life is so much more fun upside down. At least, that’s what the topsy-turvy Polish architects behind Germany’s first bottom-up dwelling believed. The Upside-Down House of Trassenheide was built in 2008 in the popular seaside resort as part of a project called Die Welt Steht Kopf; this translates to ‘The World Upside Down’. The trippy concept aims to offer visitors a different view of everyday things. The house became so famous among Instagrammers that it is now the most photographed in Germany.

Inside the quirky pad, sofas, kitchen furniture, potted plants, and even paintings hang above you as you stand on the ceiling. Even the curtains appear in such a way that seems to defies gravity. In fact, the only part that isn’t flipped on its head is the exterior stairs that lead to the attic. So, if you fancy turning your world upside-down in Germany off the beaten path, you can do it for €8. Be warned though, the disorienting experience will likely leave you feeling giddy and stumbling towards the nearest upturned exit!

Forget Beethoven and Mozart, because the coolest composer on the block is the Kunsthofpassage Singing Drain Pipes. The playful art installation is one of the strangest and most enjoyable attractions in Germany. Located in the Kunsthofpassage (‘Courtyard of Elements’) in Dresden’s hip student district of Kunsthof, the colorful drainage system turns into a musical instrument when it rains. The droplets fall down through the network of drains, pipes, and gutters to create a charming orchestra. The installation was created by sculptor Annette Paul and designers Christoph Rossner and Andre Tempel.

They took inspiration from the Rube Goldberg Machine; a contraption designed to perform a simple task in an overly complicated way. The pipes are part of a series of art experiments by the tenants of the apartment buildings where they lie. Other projects include the Hof des Lichts (Courtyard of Light), Hof der Tiere (Courtyard of Animals), and Hof der Metamorphosen (Courtyard of the Metamorphoses).

Laugh like a mermaid in the Blue Pot in Blaubeuren

Germany is home to many myths and legends. One of the most heart-warming of these, however, originates in Blautopf, or ‘Blue Pot’. Located in Blaubeuren, this stunning 21-meter-deep spring lends itself to many fables owing to its dazzling color. But the most famous of these centers around a beautiful mermaid. As the story goes, she was incapable of laughing because she could only bear stillborn children. Her husband (the King of the Black Sea) banished her to the Blautopf until she managed to laugh five times; thus breaking the curse.

Another myth attributes the ethereal shades to someone dumping a vat of ink in the pot every day. On a more geographical note, the Blautopf actually forms a drain for a vast underground cave system. Its steep funnel-like shape is due to the high water pressure. The drainage system can be entered 18 meters down via an enormous underwater cave called the Blauhöhle. However, following the deaths of several people who used it for cave diving, access is now tightly restricted. That said, the caves are still being excavated and explored by professionals today. The rest of us, however, can still enjoy the spectacular view from the shore and wonder just what lurks beneath. One thing’s for sure, though. If you’re looking to experience something magical in Germany off the beaten path, this is definitely the place.

An icy igloo might not be an obvious choice of accommodation when planning a holiday in Germany. But if you want to seriously experience Germany off the beaten path, then you can always venture to the top of its highest mountain, Zugspitze, and spend a night at a cozy Igloo Village. What could be more majestic than sleeping more than 2,600 meters above sea level, high up in the clouds? How about waking up to a jaw-dropping panoramic view spanning four different countries? Perhaps the thought of delving into a fondue from the comfort of your toasty retreat will sway you.

The village offers a variety of accommodation to choose from, depending on your budget. Prices range from €119 to €287 per person for a night; starting from a Standard Igloo all the way up to the Love Nest. You also have the option of building your own ice igloo or staying in a ready-built one. And you don’t need to worry about getting frostbite. After all, there is a steaming hot tub to keep you simmering when temperatures plummet to -40°C! 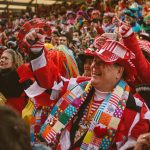