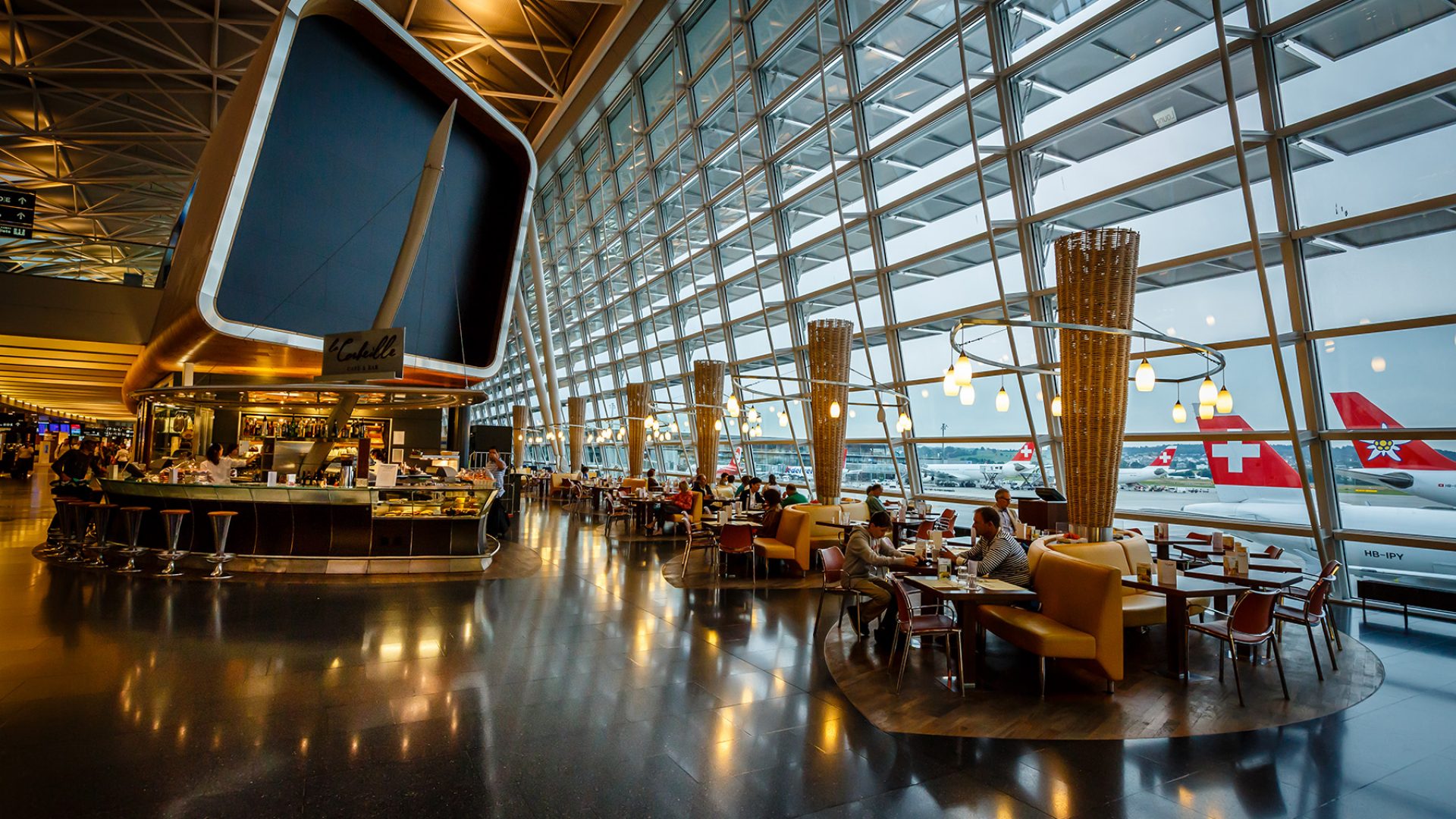 We outline the logistics and facilities on offer at Switzerland’s international airports, as well as the private and commercial airlines.

Switzerland is conveniently located in the center of Europe, making the country’s airports popular launching points for travel within the continent as well as destinations further afield. There are several international airports in Switzerland that serve domestic and international flights to and from the country, as well as a number of private Swiss airports. These airports aren’t just efficient and well-run, but they also offer delicious pre-flight meals and plenty of fun ways to spend your layover.

To give you an idea of what’s in store, this helpful guide includes information on international airports in Switzerland and what they offer in terms of amenities. It also outlines the most popular routes in the busier airports, as well as information on visa requirements for traveling to a Swiss airport. All of this, plus a few helpful tidbits, are broken down into the following for your enjoyment:

An introduction to Swiss airports

The main Swiss airports, specifically the airports located in Zurich, Geneva, Basel, and Bern, are popular starting points for tourists looking to access the top places to visit in Switzerland.

International airports in Switzerland: do you need a visa?

Although Switzerland is not part of the European Union, it became a member of the Schengen Area in 2008. Passport checks for travelers arriving at a Swiss airport from other Schengen member countries were also lifted in 2009. These travelers can simply walk to the baggage reclaim area at any of the international airports in Switzerland. That said, passengers coming from non-Schengen member countries will still have their passports checked.

Read our Guide to public transport in Switzerland

Before arriving at an airport in Switzerland, make sure you have the appropriate Swiss visa or residence permit to avoid any complications or being deported to your home country. You can read more about this in our helpful guide. Additionally, under Swiss law, all visitors traveling to one of Switzerland’s airports must always carry their government-issued ID or a copy of their passport.

Widely recognized as one of Europe’s best airports, Zurich Airport is a cavalcade of services, conveniences, and essentially, everything you would want from an airport.

Geneva Airport flies the flag for cool, flaunting its young and vibrant image across social media. Furthermore, it sits comfortably alongside Zurich as one of Europe’s leading airports.

This tiny airport deals solely with international travel so don’t expect any domestic flights here. Although Bern Airport is not exactly bursting with things to do, its small size means that it has one of the quickest, most straightforward procedures you will find. It is also worth noting that Flughafen Bern has almost as many sporting options as it does bars and restaurants, offering you a variety of ways to pass the time.

Although BSL is technically a Swiss airport, it is actually located in France and lies 3.5km northwest of the city of Basel. Switzerland and France are jointly responsible for running it and there are two exits to either country. The airport serves as a base for easyJet Switzerland and mainly operates flights to European metropolitan and leisure destinations.

Located 6km from Lugano, near the southern tip of Switzerland, this little airport is another smart choice if you are looking for stress and hassle-free travel to and from Switzerland.

Located in the heart of the Swiss alpine region of Valais, Sion Airport offers good access to a number of ski destinations including Verbier, Zermatt, Saas-Fee, Crans Montana, Nendaz, and Veysonnaz.

The last international airport in Switzerland on our list is St. Gallen, which is so small that really, the only thing we can say is how convenient and linear it operates. Located on the northeastern tip of the country, the airport allows you to arrive just 30 minutes before departure time and still make the flight, which is a miracle unto itself.

There are several private airports dotted throughout Switzerland, including the following:

If you want to fly with a Swiss airline, then there are plenty to choose from, including the following:

There are also several private airlines operating in Switzerland, as follows: Getting or exchanging a Swiss driver’s license