Whether your moving to Switzerland or just visiting, the good news is that Switzerland recognizes foreign driver’s licenses. The country allows most people to drive for up to one year using their existing license. However, if you plan on living in Switzerland for more than one year, most nationalities need to exchange their license for a Swiss driver’s license.

In terms of driving in Switzerland, it is the safest country in Europe for road mortality, according to the European Transport Safety Council (ETSC). In 2017 Switzerland was presented with the top ETSC Road Safety Performance Index award after reducing road deaths by 15% in 2016. This is on top of Switzerland’s reduction of road mortality by 34% since 2010 and by 60% since 2001. Switzerland now has the lowest road mortality in Europe (tied with Norway), representing a climb of five ranks in ETSC’s reports over the past five years and around 26 road deaths per million inhabitants. Switzerland’s achievements have partly been due to measures such as a zero-tolerance of drink driving for new and commercial drivers and improved infrastructure safety, with more measures expected to target the risks for young and new drivers.

Who can drive in Switzerland?

For the first year, anyone can drive in Switzerland using their foreign driving license if they are over 18. Younger drivers who may hold a driver’s license in another country will not be able to drive.

If you will be living in Switzerland for more than a year, everyone will need to convert their foreign driving licenses to a Swiss license before the end of the first 12 months. Some nationalities will be able to convert their license without taking any test at all, others will need to take the practical driving test, and some will need to take both a theory test and a practical driving test, depending on your nationality and country’s agreements with Switzerland.

Bear in mind that applications can take some time to process so don’t leave it to the last moment. If you don’t get a Swiss driver’s license within a year, your foreign driver’s license becomes invalid.

The only exceptions to this rule are diplomats and those working with certain international organizations and CERN: they don’t need to exchange their foreign licenses.

Switzerland allows those from the European Economic Area (EU plus Iceland, Norway and Lichtenstein) to exchange their foreign driver’s license for a Swiss equivalent without having to take a test, as long as it is exchanged within 12 months of taking up residence in Switzerland. As applications can take some time to process, don’t leave it to the last moment; see below on the exchange process.

If you don’t exchange your foreign driver’s license within a year, you will be unable to drive in Switzerland and may be required to take the theory and practical tests. If you miss the deadline, check which rules will apply.

If you’re from one of the following countries you can exchange your foreign driver’s license by taking only the practical driving test (not the theory test):

However if you fail the test, the full theory and practical driving examinations must then be taken.

Everyone else must pass both the theory test and the practical driving examination. There is a deadline to doing this and individuals must take the Swiss test within three months.

If your driver’s license is recent

Notwithstanding the exemptions to parts of the examination criteria, if you have held your driver’s license for less than three years you will be termed a new driver, meaning that you will have to take a minimum of 16 hours of tuition, together with the theory and practical tests.

Exchanging your license in Switzerland

Each canton has its own traffic office for dealing with driving licenses, vehicle tax and inspections and other driving matters. When exchanging your driver’s license the following paperwork need to be submitted:

There is a mandatory eye test; take it before you apply. The results of the test are confirmed on the application form by the optometrist. You can then submit your application via your local road traffic office.

The fee for exchanging your license varies depending on the canton.

The driving test in Switzerland

There are two parts to the test – theory test and driving test – but not everyone will need to take the theory part (see above).

You apply for both the theory and practical parts of the driving test at your local road traffic office (Strassenverkehrsamt/Office Cantonal des Automobiles et de la Navigation or OCAN). You can find a list of these here.

Before you can take the theory exam you’ll need to take a 10-hour first aid course recognised by the Federal Roads Office (FEDRO).

Once you’ve done this, you can take the theory exam. You can buy study guides and practice questions in shops and online, for example here at Fahrscultheorie. In some cantons it may be possible to take the theory exam in English but they are usually in one of the national languages; you can have a certified translator present.

If you pass the theory test, you get a provisional license/learner’s permit and can start the eight-hour compulsory road awareness course. Only when you have completed this, can you apply for the practical driving test. There are fees for all of these courses and tests.

Read more about driving regulations, importing a car, car registration, road taxes and parking in our guide to driving in Switzerland.

Road and traffic information in Switzerland 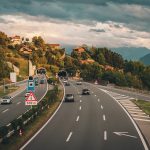 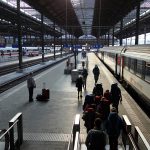