Before you drive in Switzerland, read the rules for driving licenses, importing vehicles, car registration, parking, and road regulations in Switzerland.

If you plan on driving in Switzerland, you’ll find Switzerland’s geographic diversity requires adapting to a range of environments, from motorways to small mountain roads and some particular road rules. The rules concerning driving in the country are enforced, and regulations apply for using your foreign driver’s license or car from abroad.

In 2017 Switzerland won the top award presented by the European Transport Safety Council (ETSC) for having the safest roads in Europe. Switzerland received the ETSC Road Safety Performance Index award after recording a 15% decrease in road deaths in 2016; on top of this, Switzerland has also reduce road deaths by 34% since 2010 and by 60% since 2001. With 26 deaths per million inhabitants, Switzerland now has the lowest road mortality in Europe (tied with Norway), representing a climb of five ranks in ETSC’s reports for the past five years.

Whether you’re visiting or living in Switzerland, you can drive in Switzerland using your foreign driving licence for up to 12 months. However, if your driver’s licence is not in English, German, French or Italian, you will also need an International Driving Licence/Permit, which is not actually a licence but a translation of your foreign licence.

If drivers are younger than the minimum age limits, for example 18 for driving a car, they cannot drive in Switzerland, even if they are allowed to drive in their home country.

Exchanging a foreign licence in Switzerland

You can drive in Switzerland on a foreign driving licence for up to 12 months, before which you must convert your licence to a Swiss driving licence. You may need to take a theory exam or practical driving test depending on your nationality or occupation, so make sure you start the process in advance. See the conditions in Expatica’s guide on exchanging a foreign licence.

Driving a foreign car in Switzerland

If you are a tourist or business traveller in Switzerland, you can bring your car into Switzerland without any formalities as long as you are resident outside Switzerland.

If you are an employee, student or intern staying temporarily in Switzerland, you can import and use your foreign-registered car without paying duty for up to two years in Switzerland.

If you are moving to Switzerland long-term, you can bring your car duty free (if used for at least six months outside Switzerland) but you have to register your vehicle with the road traffic office in your canton (see below).

Importing a car from abroad

Vehicles owned for less than six months will be charged an import tax. It is necessary to provide official documentation to confirm the value of the car and its country of origin. The import duties include customs duties, 7.5 percent VAT, CHF 15 for a report required for vehicle registration, and a consumption tax of four percent of the vehicle’s value.

Vehicles owned for more than six months are not charged an import duty, but require a completed clearance request form for moving purposes. A month after importing the car, the motor registration office informs the owner that the official motor vehicle inspection will take place within a year. Once the test is completed, drivers pay the Swiss road tax. Insurance and licence plates must be purchased as well, and total fees can be expensive depending on the vehicle model, parking place and other details.

You can find a list of customs offices in Switzerland from the Swiss Customs Administration.

When moving to another canton, it is necessary to request a new licence from the automobile service of the new canton within 14 days of relocation. Licence plates must be registered at the road traffic office. You can find the address for your cantonal road traffic office here at the ASA (Association of Automobile Services) website.

If you are driving a car not registered in your name, you should have a letter from the registered owner authorising you to do so.

Cars need to be inspected regularly by having the Motorfahrzeugkontrollen/contrôle technique (or expertise) vehicle inspection test. How often depends on the age of the car. New cars need to be tested after four years on the road, then after a further three years and then every two years.

Every two years cars with catalytic converters or diesel engines also have to have an anti-pollution test; other cars have annual tests.

Road tax (Verkehrssteuer/ taxe routière), which is also known as licence plate tax, is dealt with by individual cantons. Charges vary and it depends on the car; it can be between anywhere from CHF 100–800. You will be billed annually.

To use the motorways in Switzerland, even for short distances, you must buy a special licence. The Autobahnvignette/vignette autoroutière or motorway tax sticker costs CHF 40 and is available at customs offices, post offices and garages. It is valid for one year (1 January to 31 December) and you must pay the full price whether you are in Switzerland for the whole year or just one day. Failure to show the sticker is punishable with a fine of CHF 140.

Always carry your driving licence (and translation/ international driving permit/licence if appropriate), motor insurance certificate, a spare pair of glasses (if you wear glasses or lenses) and a red warning triangle (which you must place behind the car in an accident).

Make sure you are familiar with the rules of the road in Switzerland, as Swiss traffic police are very strict about enforcing even minor violations and can give hefty on-the-spot fines.

Road signs and signals in Switzerland

There are four languages in Switzerland so signs, place names and information changes as you travel across the country, for example, sortie, Ausfarht and uscita all mean ‘exit’. Motorways signs in Switzerland have a green background (unlike France, Austria and Germany).

A highway code manual can be purchased for around CHF 20 at customs offices and each canton’s automobile service. The books are available in English, French, German, Italian and Spanish.

You can see all the Swiss road signals here on the Federal Roads Authority website.

Keep to the speed limits:

Parking your car in Switzerland

Infringement of parking laws may mean a fine or even being towed away. Always check signs before parking but as a rule, where you see:

You’ll also find parking meters (sometimes parking is free at night and at lunchtimes), car parks and parking garages – pay at the booth before going back to your car.

A range of car rental companies is available, with major chains located in all main towns and cities. In order to rent a car, the driver must be more than 20 years old and must have already had a driving licence for at least one year. However, policies differ and it is best to check individual regulations.

An alternative to car rental is car sharing. Through the Mobility scheme, whenever you need a car, you can book one of almost 3,000 vehicles online (via computer or app) and pick up/drop off at some 1,500 locations throughout Switzerland. Hourly rates start at CHF 2.80; kilometre rates start at CHF 0.50. Cars even come with an onboard computer to allow you to extend or end your reservation.

Buying a car in Switzerland

You can buy a car in Switzerland from a Swiss dealership, a car importing company (Direktimport/Importation directe) or privately. Dealerships will organise car registration, you can build up a relationship with the garage and resell more easily but prices tend to be high.

Import companies deal in cars from outside Switzerland and will handle the import process for you. If you prefer to buy privately, Comparis.ch and the Swiss Touring Club (TCS) both have car finder searches.

Third part insurance is obligatory in Switzerland. This means that you are covered for injury and damage to others. You can extend the cover to be fully comprehensive, to include theft, damage while you car is parked and legal costs. As a guide, comprehensive vehicle insurance can cost about CHF 1,200 per year for an average car. To get comparison quotes for car insurance, see comparis.ch.

The Touring Club of Switzerland is a national breakdown and recovery service. You can call 800 140 140 in an emergency.

The Touring Club of Switzerland has up-to-date traffic reports and road snow reports.

Since Swiss roads are often covered in snow during the winter months, it is advisable to change to winter tires and install snow chains. While not all snow equipment is compulsory (except for chains), Swiss police can stop drivers if they think it is unsafe to drive without it. 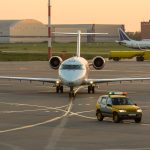 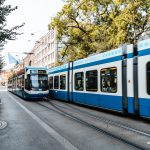