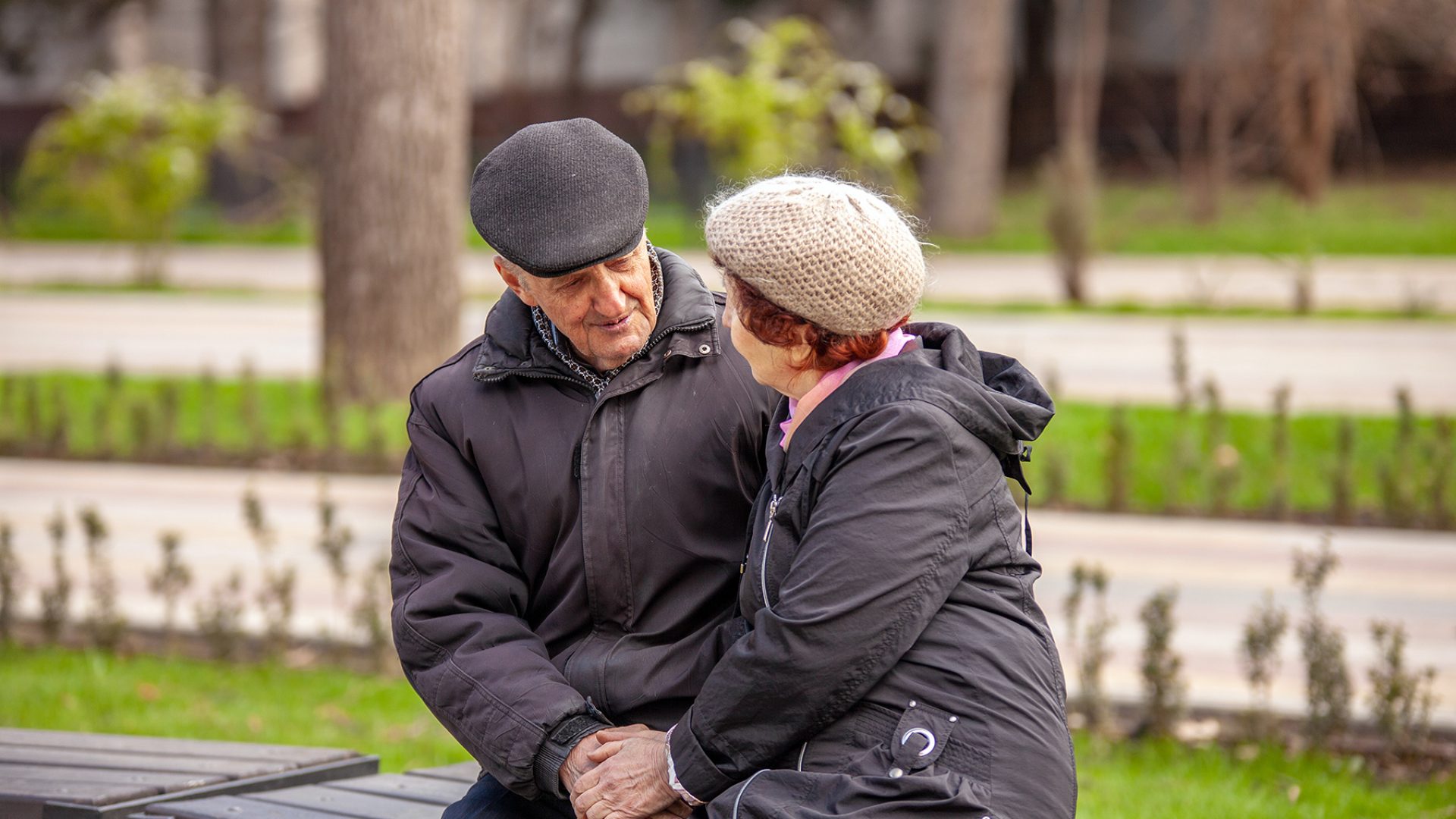 Planning your wills and estates in Russia

Expats’ estates are distributed in line with their wills in Russia, so put your final wishes onto paper to ensure the smooth distribution of any properties.

As in other countries, wills in Russia protect an expat’s assets, and ensure that their wishes are carried out – while bypassing inheritance laws that may not always be to one’s liking! Therefore, expats living in Russia, or those who own property within the Federation, should think seriously about writing a local will.

2019 saw the creation of approximately 533,200 wills, according to official data. Foreign wills are generally recognized in Russia if they comply with national standards. However, as local inheritance law applies to all of your assets within the country, your heirs will need to pay to have a foreign will translated. They may also have to wait for a court decision before things can proceed. As such, local wills in Russia go a long way to easing matters for your successors.

This guide explains the different types of wills in Russia and how to go about drawing up a Russian will.

Estates and wills in Russia

Expats thinking about their legacy are generally advised to formulate a Russian will. Without such a document, your property will be distributed in line with default inheritance laws. These rules enshrine the rights of heirs in a particular order.

Drawing up a Russian will is fairly simple and straightforward, although it must be notarized to be valid in court.

It’s generally advisable to hire an attorney specializing in inheritance law so as to be able to divide your assets in Russia. Your estate includes both movable and immovable property, such as real estate within Russia and elsewhere, bank accounts, trusts, Russian pensions, and more.

Expats who die without wills in Russia will have their estates divided in accordance with local inheritance laws. These cover all nationals and residents, as well as non-residents who own property within the Federation.

A notary may open estate proceedings in the event that there are no disputes, and award inheritance certificates in accordance with Russian law.

When there is no lawful heir, the estate passes to the Russian government.

Inheritance law on pensions in Russia

If the deceased was receiving a Russian pension, some family members may be entitled to claim a survivor’s pension. There are several types of survivors’ pensions in Russia.

Read the conditions in our guide to Russian pensions

For expats, in particular, foreign inheritance laws can play a major role in the division of expats’ estate. Rights to property within the Russian Federation typically follow Russian inheritance law.

In some cases, however, a foreigner’s national inheritance law may apply. If a Russian or expat owns immovable property abroad – such as real estate – local laws will determine how it is apportioned. Similarly, the inheritance law of the deceased’s last place of residence covers the division of movable property.

Expats do not need to make local wills in Russia, although doing so is advisable. Notably, Russian wills are particularly relevant for expats who do not want their assets to be divided according to local succession rules.

Indeed, of particular relevance for expats is the fact that Russian wills are capable of making a disposal of an individual’s worldwide assets.

Russian inheritance law permits two wills – a Russian will and a will made in your own country – as long as one will doesn’t accidentally revoke or negate the other. It is best to consult with a solicitor if you are planning such a move. Official notaries will be members of the Federal Notary Chamber.

There are two main types of Russian will:

Following the death of the testator, a notary opens the will in front of two witnesses. Russia permits emergency wills under extraordinary circumstances. To clarify, these are circumstances where the testator is in a life-threatening situation and may not survive to make a will through normal means. Wills of this kind are handwritten and signed in front of two witnesses. Should the testator survive the life-threatening situation, the will becomes invalid within a month of the situation’s end.

Testators may revoke or alter existing wills in Russia at any time. They may do so in two ways. Firstly, they can choose to write a new will. Alternatively, they may simply destroy an existing will.

An emergency created under extraordinary circumstances cannot revoke a normal will drawn up previously. Such a document will not stand if there is an existing will.

How to write wills in Russia

Creating a will in Russia is a clear-cut process. Overall, the general rules for writing Russian wills include the following points:

As of June 2019, it has become possible for married couples in Russia to make a joint will.

The main difference between joint and individual wills in Russia is that spouses can establish the legal consequences of their will, depending on the order of deaths. In addition, they may define their heirs in various ways.

Joint wills in Russia are generally quite easy to cancel. Two circumstances apply. Firstly, such wills automatically cease to be valid upon getting a divorce in Russia. Secondly, one spouse may also have left a personal will.

Rejecting assets and contesting a will in Russia

Heirs named in Russian wills may accept or reject their inheritance. Acceptance must occur within six months of the opening of succession. The presiding notary will usually award an inheritance certificate to the heirs of the deceased. A foreign heir may authorize a local representative to accept an inheritance on their behalf.

Contesting Russian wills must be in line with Article 166 of the Civil Code. In order to challenge a will, the document must violate the claimant’s legitimate interests. Most importantly, claimants must immediately approach a Russian court located in the place of opening of the succession upon a person’s death.

However, Russian courts do not recognize general dissatisfaction with the conditions of the will as grounds for contest. They also do not accept the fact that an heir is not among the list of beneficiaries – unless such stipulations violate forced heirship laws.

Conditions for contesting a will in Russia

In practice, courts recognize certain grounds when wills in Russia are contested, including (but not limited to) the following – provided they can be proven:

Those contesting wills in Russia may also argue that the testament is unconditionally invalid, based on actual circumstances. These may include the absence of a signature or content that could violate legal norms.

Russian courts will only entertain contests and claims against foreigners’ property if the deceased lived within the Russian Federation and/or if the property in question lies within the federation. Given the legal nature of such disputes, creditors and heirs are advised to consult a lawyer before launching any inheritance contests in Russia.

If an inheritance remains unclaimed, if there are no heirs, or all the beneficiaries reject it, then the estate passes to the Russian state.

With no inheritance taxes in Russia, there are no obvious tax advantages to gifting property within one’s lifetime. Similarly, while personal income tax applies to certain gifts, gifts from family members or close relatives are exempt from these taxes. Such family members are grandparents, grandchildren, and half-siblings.

Non-family members must pay personal income taxes in Russia on gifts of real estate, vehicles or shares in listed and unlisted companies.

Russian inheritance law does not require an executor to be appointed, but testators may choose to do so in their Russian wills. If an executor has not been named, a notary will administer the estate.

An heir or other person may also apply to be the executor of a Russian estate. A person may be considered an executor if, within one month from the date of opening the inheritance, they have actually begun to execute the will. Such an executor may be released from their duties by the court.

Executors of wills in Russia have a number of duties as defined by the Civil Code, including protecting the estate and managing it in the interests of its heirs.

The estate vests jointly in the heirs immediately after the deceased passes away. As such, the heirs may use and administrate the estate from the day of the opening of inheritance. In cases of violation, it is possible to apply to a notary at the place of opening the inheritance to protect the heir’s rights.

Getting your estate valued in Russia

Before drafting a Russian will, it is advisable to have your estate valued. Your estate will include movable and immovable assets, for instance, Russian real estate, investments, Russian pensions, Russian bank accounts, cars, and more. Russian inheritance lawyers can help you find an appraiser to value your estate.

Russia has not levied inheritance taxes since 2006 – regardless of the deceased’s residency status. However, heirs may be liable to pay personal income tax on some kinds of gifts. Additionally, land and property taxes apply to any inherited property, such as real estate or vehicles in Russia.

There are currently no estate tax treaties between the Russian Federation and other countries.

Tips on planning your estate in Russia

Inheritance laws in Russia are fairly straightforward. But if you’d like to secure your assets for your heirs, it’s best to consult a lawyer about drawing up a will and other professional matters. Expats, in particular, will need to think about assets outside Russia, and how they want these assets to be evaluated and distributed.

Find a family or business lawyer on our Russian business directory

The following resources may prove useful when it comes to creating wills in Russia: