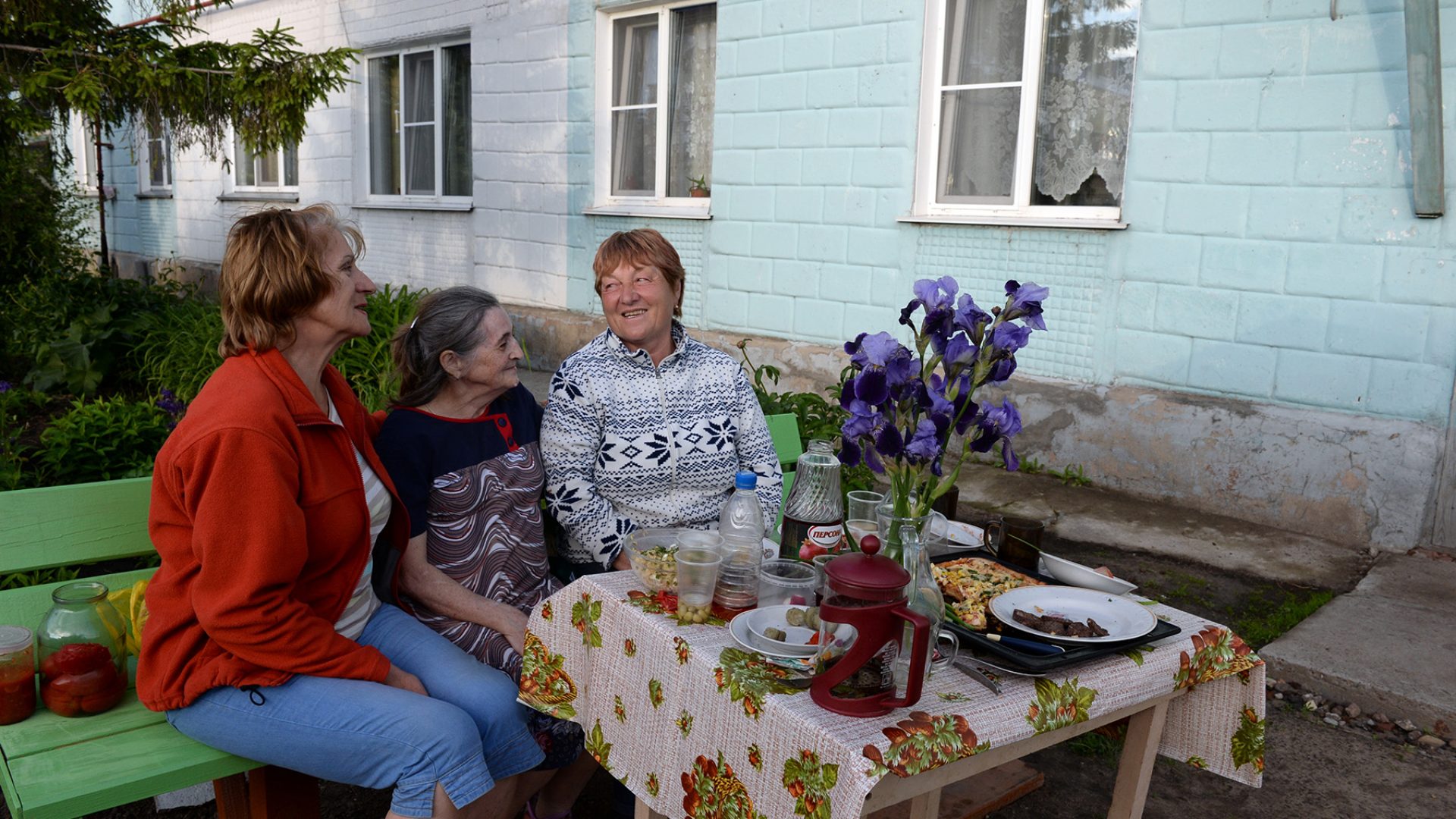 Do you qualify for a Russian pension? Discover how pensions in Russia work, including details of eligibility, contribution rates, and advice on claiming a pension as an expat in Russia.

If you’re working in Russia and are approaching retirement, it’s important to get to grips with the quirks of the Russian pension system, as well as understanding how much you’ll need to contribute to get a state pension.

In this guide, we’ll explain everything you need to know about Russian pensions. This includes information on the Russian government’s plans to increase the national retirement age.

This guide to pensions in Russia includes topics such as:

As many as 43 million people in Russia receive pensions or social benefits. That number includes a quarter of a million Russian citizens living abroad.

The state pension in Russia is paid and administered by the Pension Fund of the Russian Federation (PFR), which has around 2,500 offices across the country. To be eligible for the old-age pension, workers must pay social security contributions into the fund.

Since 2012, the Russian pension system has operated a three-pillar structure consisting of:

Changes to the Russian pension system in 2019

The age at which citizens can claim a state pension in Russia is a hot topic. The Russian government introduc new legislation in 2019 to increase the retirement age.

In fact, the government planned to raise the retirement age by men by five years (from 60 to 65) and for women by eight years (from 55 to 63). After significant public protest, however, it watered down the proposals to cap the women’s retirement age at 60.

These changes will be phased in gradually until 2028. The retirement age is set to increase by six months every year from the start of 2019. Residents planning to retire in the next two years under the old rules can qualify for the state pension six months earlier than their retirement age under the new rules.

Who is eligible for pensions in Russia?

The current Russian retirement age (60 for men, 55 for women) will increase by five years by 2028. Despite this, it’s possible for some citizens to retire earlier with their pension.

First of all, employees in industries with short working lives or in risky industries can retire early. These individuals have their pension calculated based on a bridging pension system.

While some Russian residents choose to retire early, many work long into old age. It’s thought that there are around 12 million working pensioners in Russia; this is around a quarter of all retirement-aged people.

Pensions in Russia for expats

To claim a state pension, you must make social security contributions from your salary. Exemptions are available for some expats if Russia has a social security agreement with your home country. Before claiming a pension from the Pension Fund of the Russian Federation, you must have contributed for at least eight years.

Social security contributions are mandatory even if you’re on a temporary visa if your stay exceeds six months. The only exception is for workers on a highly-skilled work visa. You can find out more in Expatica’s guides to Russian visas as well as work permits in Russia.

Russia has social security agreements with Bulgaria, Latvia, Belarus, Lithuania, Georgia, Moldova and Estonia. Criteria may differ if you’re a citizen of one of these countries. Full details are on the International Labour Organization website.

Participation in an occupational pension in Russia is also compulsory, but only for workers born after 1 January 1967.

Expats moving abroad from the UK may be able to transfer their pensions into a Qualified Recognized Overseas Pension Scheme (QROPS). QROPS allows expats to consolidate their pensions into one plan. This helps them manage their retirement funds more easily as well as avoid currency fluctuations.

There are many advantages to QROPS, however they are not suitable or available to all UK pensioners, so we highly recommend you take advice from an expert financial adviser such as AES.

Since February 2017, the pension in Russia has been indexed at the actual rate of inflation growth (currently around 5.3%). In December 2018, the state run newspaper Rossiyskaya Gazeta (link in Russian) reported that the average monthly pension in Russia is 14,144 p. The highest pensions in Russia were received by residents of Chukota – 22,500 p., while the lowest were in Dagestan and Kabardino-Balkaria.

Although the Russian state pension is lower than most western countries, many pensioners are eligible for additional benefits, such as free public transport or medicine discounts.

As mentioned earlier, all employees can claim a state old-age pension after eight years of paying social security. Contributions come from your earnings, as well as other social taxes:

People born on or after 1 January 1967 contribute 7% to social security and 7% to the mandatory second pillar insurance. This is an accumulative part from asset managers that invest the fund. You can also select your own asset management company; otherwise, it goes to a state bank.

Basic retirement pensions include a pay-as-you-go system and consist of an insurance fund and a voluntary cumulative component. The benefit of voluntary contributions is that the Russian pension amounts are lifelong payments. As a result, taxes don’t apply.

You can also find out how much Russian pension you might be able to gain by using the calculator provided by the Pension Fund of the Russian Federation.

The rate of taxation for foreigners depends on the individual’s tax residency status. Official residents in Russia pay tax on their Russian pension at a rate of 13%; however, non-residents pay 30%.

However, some private superannuation schemes are subject to tax-efficient terms and Russia has agreements with some countries to avoid double taxation. To determine your tax status, read Expatica’s guide on taxes in Russia.

If you have a private pension in your home country, check with the policyholder to investigate how tax in Russia impacts on your pensionable income. It is also advisable to seek professional advice.

In addition to the state pension, employees and freelancing professionals must pay into an occupational pension and pay insurance contributions.

Workers have the right to choose whether their contributions are paid into the Pension Fund of the Russian Federation (PFR) or the non-state pension fund (NPFB). Contributions to the PFR come with a variety of investment options, otherwise payments go to the state’s default asset manager Vnesheconombank.

If you intend to contribute to a private asset management company, you should also ensure they have the appropriate license and comply with legal requirements set by the PFR

Large corporations or insurance companies control private pensions in Russia. There are no limits as to how much you can pay into private pension funds, nor do companies always provide capital guarantee or ensure a minimum rate of return. Pension benefits are subject to personal income tax.

If you opt to pay into an occupational voluntary pension in Russia, your employer can arrange to make contributions on your behalf directly to the NFR. However, employers are not obligated to contribute to private occupational pensions.

Private pensions in Russia are offered by some of the biggest Russian banks. For example, Russia’s largest bank, Sberbank, offers a series of Individual Pension Plans (IPPs) for high earners, professionals and small business owners.

Other pensions in Russia

There are several survivor pensions in the state Russian pension fund, such as:

If a spouse was still working at the time of death, the survivor receives a Russian pension if they have a disability, a widow over age 55, or aren’t working while caring for children under 14 years of age, or children with a disability of any age.

If there is no surviving spouse, other benefactors can include people such as:

Labor pensions are paid in two parts: a flat rate minimum and a Russian pension amount calculated based on capital in a pension fund, stipulated life expectancy after retirement, contribution period of survivor and number of dependants.

State pensions go to survivors irrespective of the deceased length of insurance cover or military service. Beneficiaries are the same as the above list.

The social survivor pension in Russia is only paid when the deceased is not eligible for contributory pension.

For more information on the types of pensions available in Russia, you can also visit the Pension Fund of the Russian Federation.

Applying for your Russian pension

Pensions in Russia cannot be claimed until you reach the official Russian retirement age, unless you fall in the category of exempted occupations and job industries. To recoup your state Russian pension and company pensions, applications should be sent to the PFR on the address below (unless you opted to pay into a NFP investment).

To receive payments from a private Russian pension fund, contributions should be made to the asset management company you chose.

If you’re planning for retirement in Russia as an expat, it makes sense to take advice from a professional financial adviser on your pension options, however. 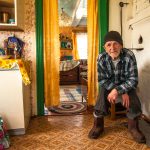