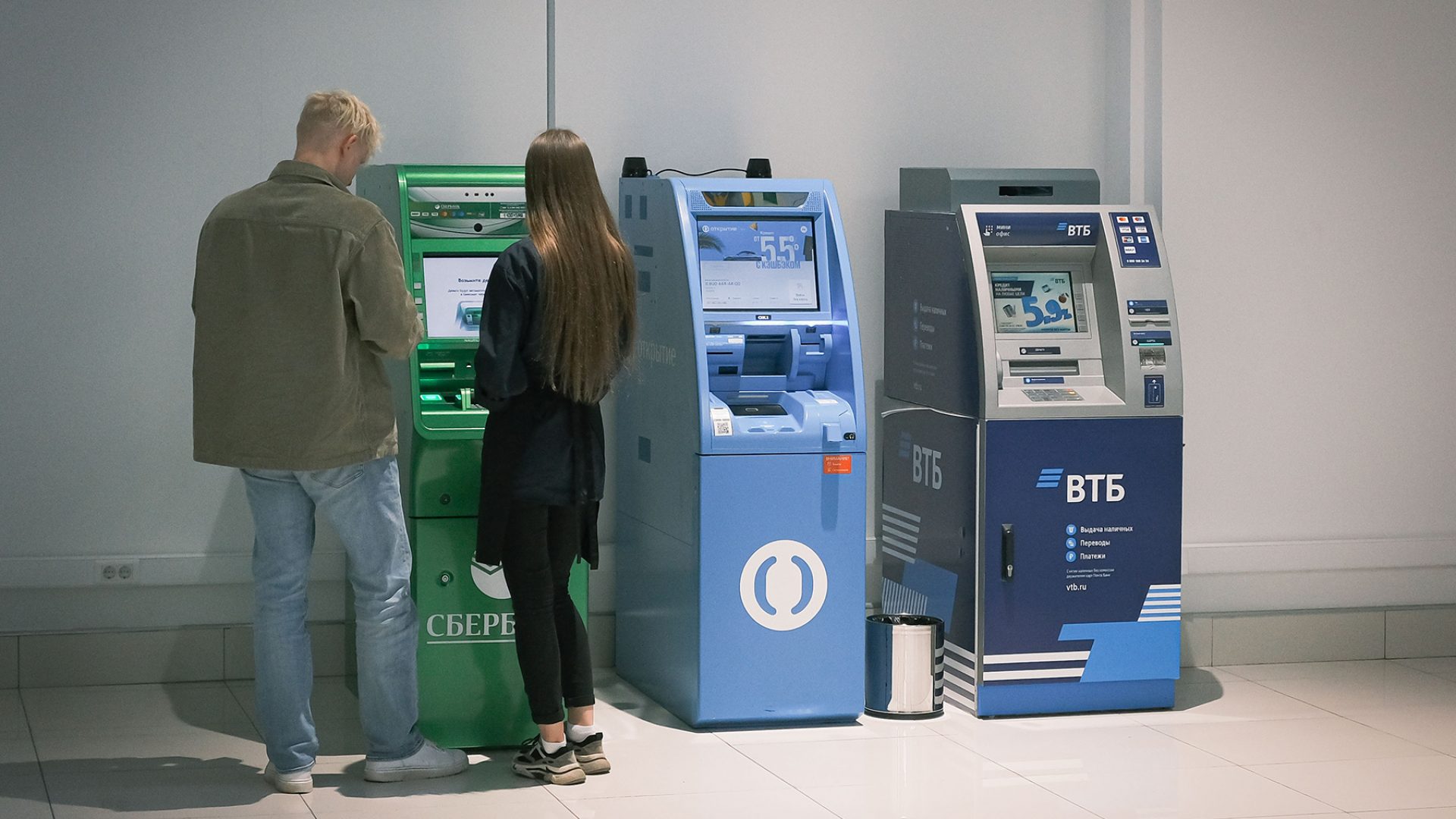 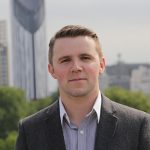 As an expat in Russia, you’ll need a local bank account to send and receive money. Here’s what you should know about the main Russian banks.

The banking system in Russia

The Russian banking system comprises of two parts: the central bank and commercial banks. The Bank of Russia supervises the country’s banks and lending institutions and issues banking licenses. As of May 2021, there are 350 banks operating in Russia – 239 have a universal license (available to banks whose equity exceeds 1 billion p.), while 111 smaller banks have a basic license.

The banking system in Russia isn’t up to the technological standards of some of its Western counterparts, though the industry has made significant strides in recent years.

As of June 2021, exchange rates are as follows:

You can find up-to-date exchange rates on the Bank of Russia‘s website.

Cash machines and ATMs in Russia

ATMs are commonplace in larger Russian cities such as Moscow and St. Petersburg. Many ATMs operated by the top Russian banks provide instructions in English as well as Russian, but if you’re heading to rural or isolated areas you should take some Russian money with you as a backup.

From a security perspective, it’s best to use an ATM operated by one of the major banks and avoid using isolated ATMs, especially at night.

When withdrawing cash at an ATM using a foreign card, you may need to pay a fee. This will be charged by your bank rather than the ATM provider, and how much you’ll pay varies significantly between providers (check your terms and conditions). In some instances, the fee will be higher if you use an ATM operated by one of your bank’s competitors.

The six largest banks in Russia are as follows:

Other Russian banks include Russian Agricultural Bank (Rosselkhozbank, state-owned), Alfa Bank, Promsvyazbank, Bank UralSib and Sovcombank. You can check the ratings of any Russian bank at banki.ru

Account management is straightforward in major cities. However, it can be more troublesome in rural areas, where branches are few and far between.

Banks in Russia offer a range of products for expats, from everyday current accounts to regular savings accounts. The top Russian banks provide additional services such as mortgages, company loans, brokerage and investments.

Current accounts: A range of current accounts are available in Russia, with fees depending on the services included. For example, SberBank offers everything from standard debit card accounts to gold accounts that can be opened in different currencies.

Credit cards: Russian banks provide a range of credit cards, with incentives including air miles, cashback and shopping discounts available. Some credit cards are fee-free, but others come with an annual charge.

Loans: Most major banks offer loans to people with permanent residency in Russia. How much you can borrow will depend on the purpose of the loan (e.g. consolidating debts or buying a car) and your annual earnings.

Mortgages: Many of the largest banks offer mortgages to expats buying homes in Russia. Expats will generally need a deposit of at least 20% of the property’s price.

Find out how to open a bank account in Russia

When applying for an account, some banks may require a letter from your employer as part of the process.

The popularity of cash varies depending on where you live in Russia. As mentioned earlier, cash has become far less common in Russia over the last decade, but more rural areas still rely heavily upon it as a form of payment.

Data from Sberbank shows that cashless payments exceed 60% of all transactions in five cities, with Syktyvkar and Severodvinsk topping the charts. In St Petersburg, cashless transactions make up 55% of transactions, while in Moscow the figure is 54%.

Checks (cheques) aren’t widely used in Russia because of their long processing times, and banks tend to charge a commission to cash them. How much you’ll need to pay depends on the amount of money being cashed and the currency you’re using.

Debit cards are widely used in Russia. Historically, Visa and Mastercard were the two most commonly used types, but their dominance is now being threatened.

In 2015, the Russian government introduced a new payment card network called Mir, after Visa and Mastercard cut off some Russian services due to US and EU sanctions.

Mir is growing in popularity. Figures from GlobalData show that as of 2020, just under 75 million debit cards have been issued by Mir. This amounts to 29% of all debit cards in Russia. The Russian government requires that merchants who turnover more than 30 million p. per year must accept Mir. This threshold will reduce to 20 million p. in July 2021.

Most Russian banks provide debit cards with contactless technology. Contactless payments involve tapping your card on a reader rather than entering your PIN number, and you can make transactions of up to 1,000 p. using this feature.

When opening a bank account, you’ll generally receive a debit card for your everyday spending rather than a credit card, but you can apply separately for a credit card account.

Direct debit payments are common in Russia. By setting up an automatic payment from your bank account for your utility bills, you can sometimes benefit from lower transaction fees. Alternatively, most banks allow you to pay your bills by bank transfer through their online banking services or using their ATMs.

Major banks in Russia have their own online banking services and apps which allow you to conduct a variety of everyday tasks without visiting a branch.

Most banks in Russia offer wire-transfer services. If you make an international wire transfer, your recipient will usually receive the funds within a couple of business days. You may need to pay a fee of between 1% and 2% of the amount you’re transferring. Some banks don’t allow international money transfers to be made online. In that case, you’ll need to go to a branch with proof of identity and the recipient’s details.

Here are the best ways to transfer money internationally

If you’re thinking of transferring money to your home country on a regular basis, you might consider opening an account in that currency alongside your Russian bank account. This could be done via the Russian or Moscow International Bank or one of the alternatives. Not only will this cut down on fees, but it also means you can avoid the bad exchange rates.

As in many countries, fees for banking services vary depending on the type of account you have. Basic current accounts are available without annual fees, but those with small up-front fees may prove their cost worthwhile by providing additional benefits, such as free ATM withdrawals and money transfers.

In many cases, you might have to pay a fee when withdrawing cash at an ATM in Russia. Charges may be higher if you use an ATM run by a bank other than your own. The amount you’ll pay varies, but it can be more prudent to occasionally withdraw larger amounts instead.

Some expats living in Russia may find that opening an international offshore bank account is a prudent way to manage their finances. There are various benefits of offshore banking including high levels of customer protection and a range of different investment funds. If you’re considering banking offshore, seek the advice of a financial adviser as to the best investment options.

Offshore savings accounts are available in a range of currencies and are usually geographically portable. Some savings accounts, however, require large deposits upon opening. Russian investors typically based their offshore accounts in Cyprus until 2013, when its financial system crashed and hit Russian investors. Now, popular offshore investment locations include Luxembourg, Singapore, and the British Virgin Islands.

Russian banks are increasingly showing an interest in more ethical and sustainable practices. In January 2021, Sberbank signed up to the United Nations’ principles for responsible banking.

The Association of Banks of Russia has also pledged to implement environmental and social principles.

Banking security and fraud in Russia

Bank fraud and scams are on the rise everywhere, and Russia is no exception. A 2020 survey by the NAFI Analytical Center found that a third of cardholders in Russia had experience fraud, including telephone and money transfer scams, messages or letters with malicious links, and correspondence about card transactions they didn’t perform.

The Bank of Russia warned consumers about the dangers of telephone fraud and how to avoid being scammed in December 2020.

If you lose your debit card, you should be able to find details of your bank’s call center on its website. You may be charged a fee to have the card reissued, depending on the terms of your account.

You can find out about how to report a lost or stolen card at some of Russia’s main banks using the links below:

Making a complaint about banks in Russia

The Bank of Russia says it received more than 63,000 complaints in the first quarter of 2021.

If you have a problem with a bank in Russia and are unhappy with its response, you can submit a formal complaint to the Bank of Russia. When complaining, you’ll need to provide evidence of the problem and your contact details. 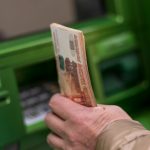