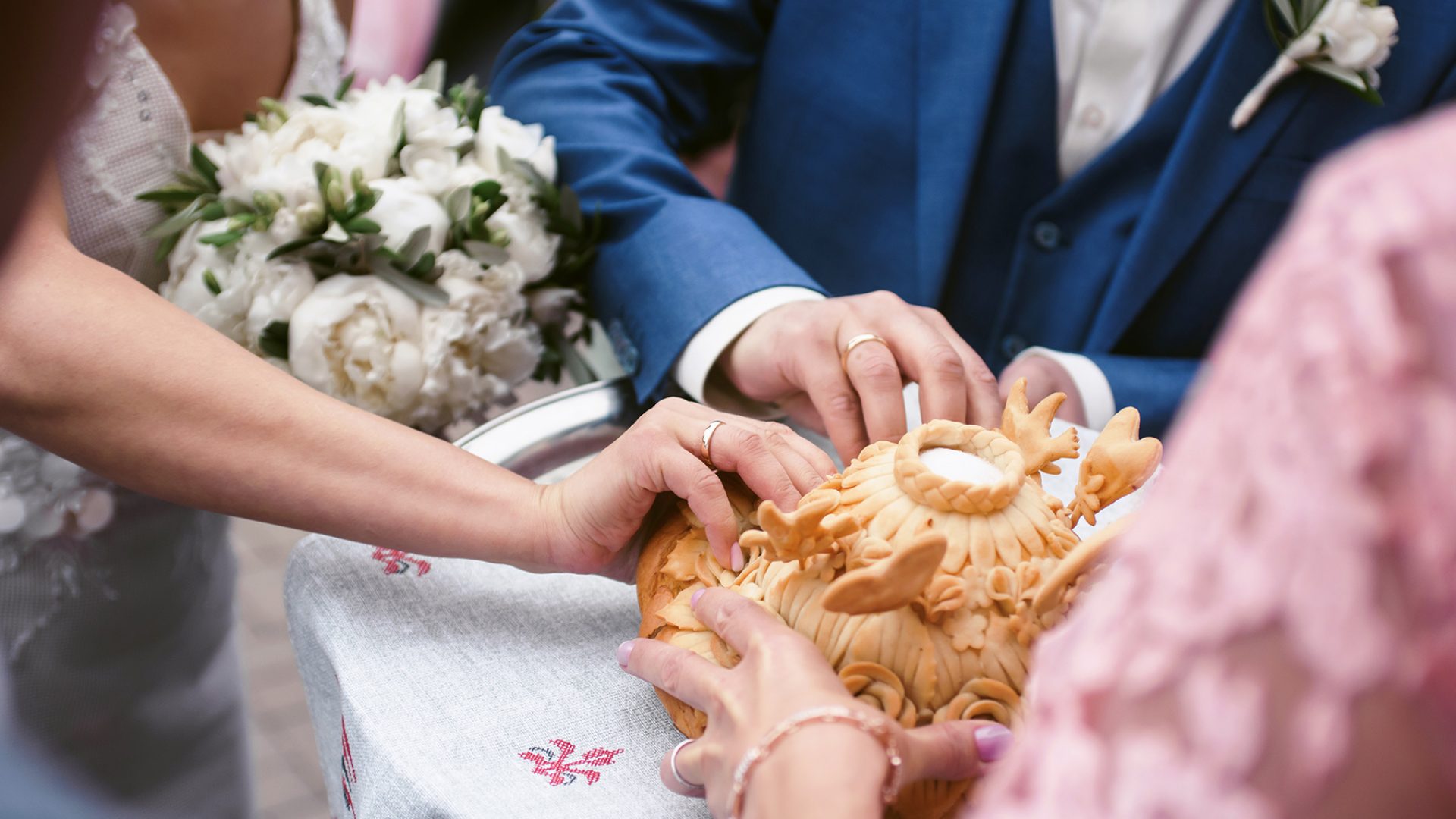 Congratulations on your decision to marry! Planning a wedding can be a daunting task in your home country, let alone when living abroad. You may find that Russian wedding traditions vary from what you know. For example, Russian weddings often last for two days, although they can go on for as long as a week!

This guide aims to ease the process of organizing a wedding in Russia. It inlcudes information on a variety of elements such as paying the Russian wedding ransom and how a Russian wedding ceremony works, along with:

Wedding traditions in Russia might involve the usual white dress alongside elements you may find quirky. While church weddings are common in Russia, you also must have an official ceremony in a registry office. Church ceremonies alone aren’t legally binding.

The wedding ceremony itself usually takes place on the first day. Couples usually must designate at least two people to legally witness it; this is usually a job for the best man and maid of honor.

As part of the event, the groom pays a vykup nevesty (ransom) to the bride’s father. This part of the ceremony isn’t at all serious. In fact, it is usually conducted in a comical manner and can involve the parents of the bride jokingly presenting someone else with their face covered by a veil, rather than the actual bride.

How a Russian wedding ceremony works

If you have a traditional church ceremony, it usually has two parts: the betrothal and the crowning. After the church part is complete, the civil event to officially administer the marriage takes place. This usually occurs at a branch of the department of public services, known as ZAGs. In this ceremony, you exchange rings and the officiant pronounces you husband and wife.

Once the formalities are complete, the couple often releases balloons (or in some cases, doves) to symbolize their partnership before touring the city (usually in a limo) for the first time. After this, they’ll return in time for the reception, where a range of toasts take place before a meal.

Weddings in Russia must occur between a man and a woman. Same-sex marriages in Russia are illegal.

As mentioned earlier, civil marriages in Russia take place at a registry office. On the day of the wedding, you must attend the venue 30 minutes before the ceremony with your witnesses to confirm all of your documents are in place. After the ceremony, you’ll receive a wedding certificate and the address of a government office where you can get an apostille. This is a legally certifying the document and guarantees your home country’s authorities recognize it.

To get married in Russia as a foreign citizen, you must complete an affidavit form confirming you’re not already married. You’ll need to fill this out in Russian and have it notarized at your embassy. You might need to pay a fee for this, and it’ll then be valid for three months.

For US citizens, the fee to have your affidavit form notarized is 50 dollars, while in the UK it is £50.

Before getting married, you must have received a completed Certificate of No Impediment to Marriage (CNI) form from your embassy or a registry office in your home country. Your notice of marriage must be displayed for 21 days before you’ll be issued with a CNI.

CNIs have different expiration periods depending on which country they are issued from and where in Russia you are getting married. For example, CNI requirements differ throughout the United Kingdom or in the United States; a CNI form issued in Scotland expires in three months, while one issued in England, Wales, or Northern Ireland doesn’t expire.

Once you’ve received and legalized your CNI form, you should arrange for the marriage to take place (usually 1-3 months in the future) at the Registry Office in your local district.

Paperwork for a Russian wedding

While the system may differ between registry offices in Russia, you’ll usually need to provide the following:

The cost of getting married in Russia depends on a variety of factors, such as the city, venue, dress, and banquet. Overall, however, weddings tend to be cheaper than they are in the likes of the USA, Australia and the UK. That said, this price difference reflects the fact that the average wages for younger people are also significantly lower in Russia.

Legal rights for foreigners who are having a Russian wedding

Once you’re married, you are eligible for a residence permit for Russia. To apply for Russian nationality, however, you’ll have to have been married and have had tax residency in Russia for three years. To apply, you’ll need to have a level of fluency in the Russian language.

Generally speaking, any assets (such as Russian property) you gain while married in Russia will be divided should you get divorced, although this isn’t always the case if children are involved. If you split up and both parties can’t reach an agreement over how to divide assets, then a court makes a ruling on your behalf.