For a typical Dutch autumn, you’ll need a winter coat, a summer jacket and a rain coat – you have to be prepared for all four seasons each day.

Each year the weather confirms what we try to deny: the arrival of autumn. After the summer months, we get complacent about hauling those weatherproof jackets out of our closets.

However, in the blink of an eye the summer fades and an unpredictable weather front creeps over the Netherlands with a mischievous smirk on its face. Most of us aren’t even ready for the onslaught of the rain, wind and sudden greyness.

It’s that time of year known as ‘four seasons in one day’, also known as autumn, fall or herfst. To survive it you will need these 16 items.

What you need to survive a Dutch autumn

The sun is still bright and strong when it does actually make an appearance so you need eye protection (can also prove helpful as protection against errant leaves – see number eight).

2. A sense of humour

You have to be able to see the funny side of getting hailed on while wearing your sunglasses.

A waterproof version of outdoor wear is very much recommended at this time of year.

Unless your rain coat has a built-in hood that actually stays on your head (unlike mine which was apparently designed with the Gruffalo‘s enormous head in mind), it is worth investing in a fetching rain hat. Okay, it may not be attractive, but the ‘drowned rat with limp hair’ look isn’t so hot either.

Particularly if you don’t like to be parted from your bicycle. By now you have probably gathered that there is nothing sexy about the Dutch autumn look – however, it is a dry look.

If you have a choice between a bog-standard umbrella and a super-duper windproof monster version, opt for the latter. The Netherlands is a wasteland of decrepit, washed-out, broken umbrellas, torn apart by gale force winds and lashing rain. Make sure your umbrella is not the next victim.

The Dutch autumn wind blows cold and wild when the mood takes it. Not only will a scarf keep you warm, but wrapped properly around your face it is also a clever way to avoid getting a surprise smack in the face by wayward dry crispy leaves. Alternatively see essential item number one.

9. Jumpers (or sweaters if you are American)

The temperature drops and it gets a bit nippy out there so an extra thick, woollen layer is sensible.

Some days the sun shines and it’s actually quite warm so don’t banish that summer jacket to the closet just yet.

Some days it is so warm you’ll start thinking you dreamt the hail, rain and wind of two days ago.

And then reality hits, the sun decides it’s done for the year, tucks itself behind a big blanket of clouds and sleeps until spring. Be prepared. Before you know, it really will be time for the summer coat to retire for the year and you’ll be needing that big, thick, snuggly coat.

Whether or not puddle jumping is your thing, you will need some kind of waterproof boots before the year is out, unless walking around in soggy socks is your thing.

Chilly mornings gradually arrive and what begins as a friendly layer of frost on your windscreen soon turns into a stubborn blanket of ice that ensures you start your mornings with some serious muscle ache.

15. A selection of plastic zip-up bags

It’s not just squirrels that are collecting stuff in autumn, kids do it too. They collect conkers, acorns, fir cones, leaves and quirky stuff they find on the floor. You’re going to want to put it all in a sealed off bag. Trust me.

last but not least you will need a really big bag to put the other 15 items in; like the kind of bag you see crippling hikers and campers. As I said, if you think of this period of the year as ‘four seasons in one day’, you can’t go wrong.

I wish you all good luck as we enter the decline to colder, wetter, darker days. See you all again in spring when I crawl out from under my rock.

Amanda van Mulligen is a British expat who has made the Netherlands her home. She has three Dutch sons who are tinged with Britishness, and a pure bred Dutch husband. She is also a published author, freelance writer and blogger. You can read her blog at Turning Dutch where she scribbles about her expat way of loving, living and parenting. 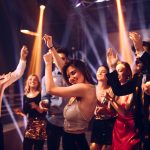 The Holland Handbook: Living on a shoestring, well-fed and well-dressed 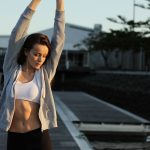 How the Dutch stay slim