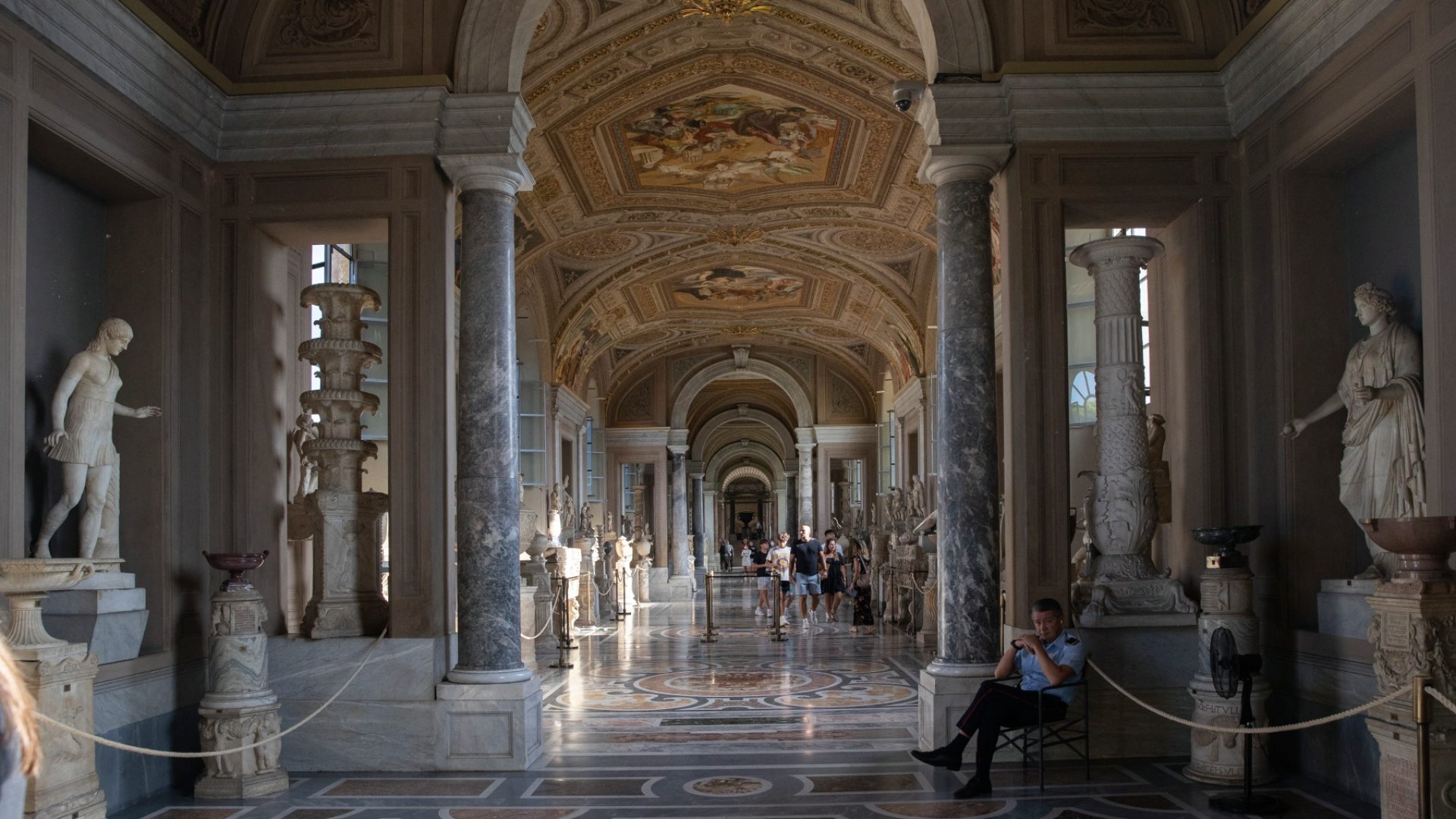 If you are new to Italy, you’re in for a treat! The country is home to some of the world’s best museums and cultural institutions.

Italy is a country bursting with culture. Whether you are exploring its rich culinary landscape or attending a typical Italian festival, there are plenty of things to do.

Where Italy really shines, though, is in its museums. Each one is a tribute to the country’s greatest creative talents and their impact on the world’s art scene. Of course, many museums focus on other interests, too, so there is something for everyone to enjoy.

Read on to decide which museum in Italy you would like to visit next:

Looking for a home away from home in Italy? Airbnb is a global online community offering accommodation and experiences. They have a selection of over 6 million unique properties available through their secure booking service. So, whether you're going to Milan or Modena, Airbnb has the right short-term let for you.

The Vatican Museums (Musei Vaticani) in Vatican City and Rome (Roma) began in 1506 when Pope Julius II acquired a Greek statue titled Laocoön and His Sons (Gruppo del Laocoonte). Since then, this museum complex has expanded to over 20 different cultural institutions across the city. It includes chapels, galleries, and archaeological centers.

The museums exhibit awe-inspiring collections of fine art, Greek and Roman sculptures, and a surprising selection of modern artwork. With such a rich collection, the Vatican Museums are arguably some of the best in Italy.

Across the museums, you can find artworks from Renaissance greats like Leonardo da Vinci and Raphael; to renowned modern artists like Salvador Dali and Vincent Van Gogh. Make sure to visit the Sistine Chapel (Cappella Sistina) in the Apostolic Palace (Palazzo Apostolico) to see Michelangelo’s famous frescoes, including The Creation of Adam (Creazione di Adamo).

If you’re a fan of books, also check out the Vatican Apostolic Library to admire over 1.6 million books in one place.

Set in an aristocratic home in central Rome, the Doria Pamphilj Gallery (Galleria Doria Pamphilj) is an underrated gem. The palace is an opulent 17th-century example of Roman-Rococo architecture. It exhibits over 650 works of art from Europe’s greatest artists, including Gian Lorenzo Bernini, Caravaggio, Titian (Tiziano Vecelli), and Diego Velázquez.

If you can peel your eyes away from the artifacts, take a minute to admire your magnificent surroundings which include frescoes, tapestries, and chandeliers.

You can also book a separate ticket to visit the Private Apartments of the Princess (Appartamento Segreto della Principessa), owned by the descendants of the Doria Pamphilij family. Here you can marvel at how the modern heirs have immersed their 21st-century lifestyle into this historic setting.

Florence (Firenze) has some of the best art in the world. And thanks to its collection of Florentine masterpieces, the Uffizi Gallery (Le Gallerie Degli Uffizi) is one of the best-known museums in Italy. The building itself, located just off the Piazza della Signorina, is a Renaissance treasure trove built by famed architect Giorgio Vasari.

The artifacts on display were part of the private collection of the Medici family. During the 15th and 16th centuries, the Medicis were one of Tuscany’s most prosperous families.

If you are a fan of busts and carve-outs, you cannot miss this awe-inspiring museum in Italy. In a fortress palace originally constructed in 1255, Florence’s Bargello Museum (Nazionale del Bargello) lets visitors wander through a maze of Gothic courtyards and balconies.

Inside, you will discover the cream of the crop among Italian sculptures, with works by Michelangelo and Lorenzo Ghiberti. Keep an eye out for Donatello’s bronze David and learn more about Florence’s elite with the museum’s collection of Medici medals and marble busts.

Once home to the powerful Medici family, the Pitti Palace (Palazzo Pitti) – boasting seven collections – is a must-visit cultural attraction in Florence. Start your tour with the Imperial and Royal Apartments (Appartamenti Imperiali e Reali), full of riches, including silk furnishings, historical art, and lavish gilding.

Then, glimpse the Medici’s precious jewelry and silverware at the Treasury of the Grand Dukes (il Tesoro dei Granduchi). You can also marvel at the jaw-dropping art collection in the Palatine Gallery (la Galleria Palatina).

When you need a breather, you can head to the refined Boboli Gardens (Giardino di Boboli), located just behind the palace. Take note, however, that you might need a separate ticket to enter these gardens.

Located in a former aristocratic palazzo on the banks of the Grand Canal in Venice (Venezia), the Academy Gallery (Gallerie dell’Accademia) is a tribute to Venetian art. Their focus is the Renaissance period, and the collection spans over 500 years of art history. Visitors can follow a chronological journey from the 13th to the 18th century.

All the Venetian masters are here, including Giovanni Bellini, Canaletto, Giovanni Battista Tiepolo, Paolo Veronese, and Tintoretto. Da Vinci’s Vitruvian Man (l’Uomo Vitruviano) is part of the Accademia’s collection. However, it only goes on display once every so often due to the fragile nature of the paper.

If you’re a fan of contemporary art, this popular subsidiary of the New York City Solomon R. Guggenheim Museum is a must-see. Beautifully located along the Dorsoduro section of the Grand Canal, the palace was once home to American art collector Peggy Guggenheim (Solomon R. Guggenheim’s niece). Today, its brilliant collection of Expressionist, Surrealist, and Cubist art makes it one of the best museums in Italy.

Twentieth-century maestros like Max Ernst (one of Guggenheim’s former husbands), Pablo Picasso, Salvador Dali, René Magritte, Vasily Kandinsky, and Alberto Giacometti are all represented. You can also find an intriguing selection of other artifacts and furniture alongside contemporary artwork.

A glorious example of Venetian Gothic architecture, the Doge’s Palace (Palazzo Ducale) has had many functions. The palace has a rich history, from government headquarters to the official residence for the Doge of Venice. Today, visitors flock here to see the Doge’s Apartments (L’Appartamento del Doge), the impressive institutional chambers, and stunning artwork.

Artists on display include Titian, Veronese, and Tintoretto. Boasting a spacious courtyard, an armory, and even prisons, you can easily spend all day in this stunning palace.

The building hosting the Naples National Archaeological Museum (Museo Archeologico Nazionale di Napoli) dates back to 1585 when it was built as military barracks. Now, visitors will find a comprehensive collection of ancient Roman artifacts to gain insight into the mighty Roman Empire. Many pieces come from Pompeii and Herculaneum, while others hail from important historical sites like the Villa of the Papyri (Villa dei Papiri).

The museum’s highlights are the Farnese Collection and its extensive Egyptian Collection. See if you can spot the Cave Canem mosaic, a predecessor of today’s ‘Beware of the Dog’ sign. Also, look out for the famous Farnese Bull (Toro Farnese), and browse the sculptures of ancient gods like Hercules, Atlas, and Aphrodite.

In the 18th and 19th centuries, Britain, France, Germany, Italy, the United States of America, and other European colonizers were scrambling to get their hands on Egyptian antiquities and get access to archaeological sites. As a result, the Egyptian Museum (Museo Egizio) in Torino is one of the world’s largest collections of Egyptian artifacts outside of Egypt.

The museum’s collection was started by Italian botanist Vitaliano Donati, who returned from Egypt in 1753 with many stolen relics from Karnak and Coptos.

Renovated in 2015, the museum is now a sleek, modern ‘homage’ to ancient Egypt. Moreover, the museum’s mystic charm and unusual displays make it one of the most popular family attractions in Italy.

If your hunger for art remains insatiable, why not check out some of the other museums Italy has to offer? Here are some – without an art focus – to consider: 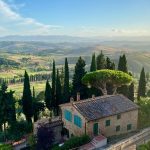 The most beautiful places to visit in Italy 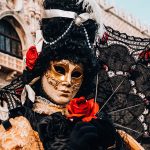 The best things to do with kids in Italy 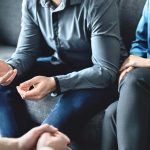 Getting a divorce in Italy 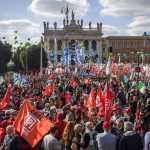 Human and civil rights in Italy 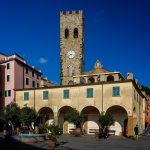 An introduction to Italy 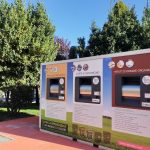