Whether you’re moving to France or just visiting, the good news is that France recognises driving licences issued by a large number of countries, and also has agreements that allow certain drivers to easily exchange their existing licence for a French driving licence.

Unless you’re from the European Union (EU), European Economic Area (EEA – EU plus Iceland, Norway and Liechtenstein) or Switzerland, most foreigners can use a foreign driving licence in France for the first year only after obtaining residency. Before then, you must get a French licence either by exchanging your foreign licence or by taking the French driving test.

Who can drive in France?

Everyone else must get a French licence within the first 12 months of arrival as foreign driving licences become invalid one year from the date of residency.

If you have a driver’s licence issued by an EU/EEA country you can drive in France for an unlimited period of time provided all of the following criteria are met:

If you hold a full non-European licence, you can drive in France for up to one year without needing a French licence, provided certain conditions are met:

At the end of the year you have to get a French licence, unless you are a student or a diplomat where other conditions apply.

Students and foreign diplomats can drive for the duration of their stay without needing to exchange their existing licence for a French version.

France has reciprocal arrangements with a number of countries – including Switzerland, Australia, South Africa and some states in the US and provinces in Canada. These allow citizens of other countries who have lived in France for less than one year to exchange their existing driver’s licence for its French counterpart, without having to pass a test in France. Here’s a list of countries with agreements in place. You can also check with the French consular authority for your country to confirm.

If your country doesn’t have an agreement with France, you will have to get a French licence after 12 months by passing both the practical and theoretical French driving tests.

For certain vehicle licences, such as heavy vehicles, check with your region if it’s excluded and will require a test to get the French licence equivalent.

Many insurance companies can issue you a policy with a non-EU driving license. But be aware: if you have an accident and the company verifies later that you were driving with an invalid license, you may be liable for damages.

How to exchange your driver’s licence

Applications to exchange your driver’s licence can be made at your local Préfecture de Police or Mairie – ask for the form called the demande d’échange de permis de conduire. If you are in Paris you can also submit an application at the police headquarters. It is worth noting that some sub-prefectures will not process licence exchanges so check before you go to avoid any issues.

If you are exchanging your licence on the basis of a reciprocal arrangement it is worth bringing along a copy of the list of countries, in case the local office is unaware. This is a list of countries with agreements in place.

Delivery time and costs for exchanging a driver’s licence

There is a cost to exchange your foreign licence for a French driver’s licence, which varies from place to place.

Depending on the prefecture it can range from a few weeks to several months to get your French licence, which will be in a pink credit-card format. Busier prefectures will take longer as they deal with larger numbers of applications. The driving licence has to be renewed every 15 years.

If you have an existing driver’s licence that is less than three years old then your newly issued French licence will be a probationary one until a three-year period has elapsed – the same condition that applies to French drivers.

If your country doesn’t have an agreement with France, you must get a French driver’s licence after one year of residence by taking driving and theory tests, in the same process as French nationals.

To apply for a driving test, go through the prefecture or a driving school to get a registration form Cerfa 14866*01, which needs to be submitted along with proof of identity or residency permit, two recent passport-sized photos, two self-addressed envelopes and a medical certificate confirming you are fit to drive.

The test consists of a theory exam (the French Highway Code – Code de la Route – is available from bookshops) and a practical test.

You have to pass the theory exam first. You then have five attempts over three years to pass the practical test, which is 25 minutes of driving in normal traffic conditions. As from March 2015, first aid knowledge is part of the test.

You’ll find out the result of the test within 48 hours; if you pass you will get a temporary licence to use until your formal licence is issued within four months. If you fail the test it can take many months to retake; ask at your test centre. You can have a translator for both the theory and practical parts of the test.

You can study the Code de la Route (check any local bookstore) and take the written test on your own — although this is not always easy, even in English — but for the driving test, most préfectures require you to sign up with a driving school where you can pay by the lesson or a forfait for a series of lessons. There are also several fee-based, online tools that can help you prepare for the written test.

Even experienced drivers should know that test administrators may have very specific criteria. Prudent or even legal driving might not be sufficient; you could be expected to drive the ‘French way’. Although the road rules are the same throughout France, some of the conditions for taking the test may change depending on where you live – local driving lessons can be a good way to learn.

If you live in Paris, there are several schools that cater to English speakers and you might be able to take the test in English as well. Outside Paris, you can request a translator from your préfecture, although this may not be possible everywhere. You can also request an automatic transmission car, although again, availability depends on where you live.

French driving licences include a point penalty system, whereby driving offences are punished, on top of fees, by a reduction in points; if you lose all your points, your license will be suspended. It’s important to note that new drivers – including non-EU citizens who have passed the test – will have half the points (usually six points) for the first few years (typically three years).

Driving your own car in France

If you’re from the EU and will only be living in France for up to six months, you can use a car registered in your home country during that time. Stay any longer and you have 30 days after registering your stay to register your car in France and pay French vehicle registration tax. You can read more about importing a car and registration in Expatica’s guide to driving and parking in France.

Road signs and signals in France

Road and traffic conditions in France 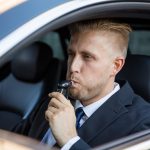 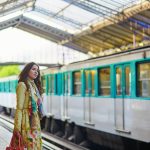