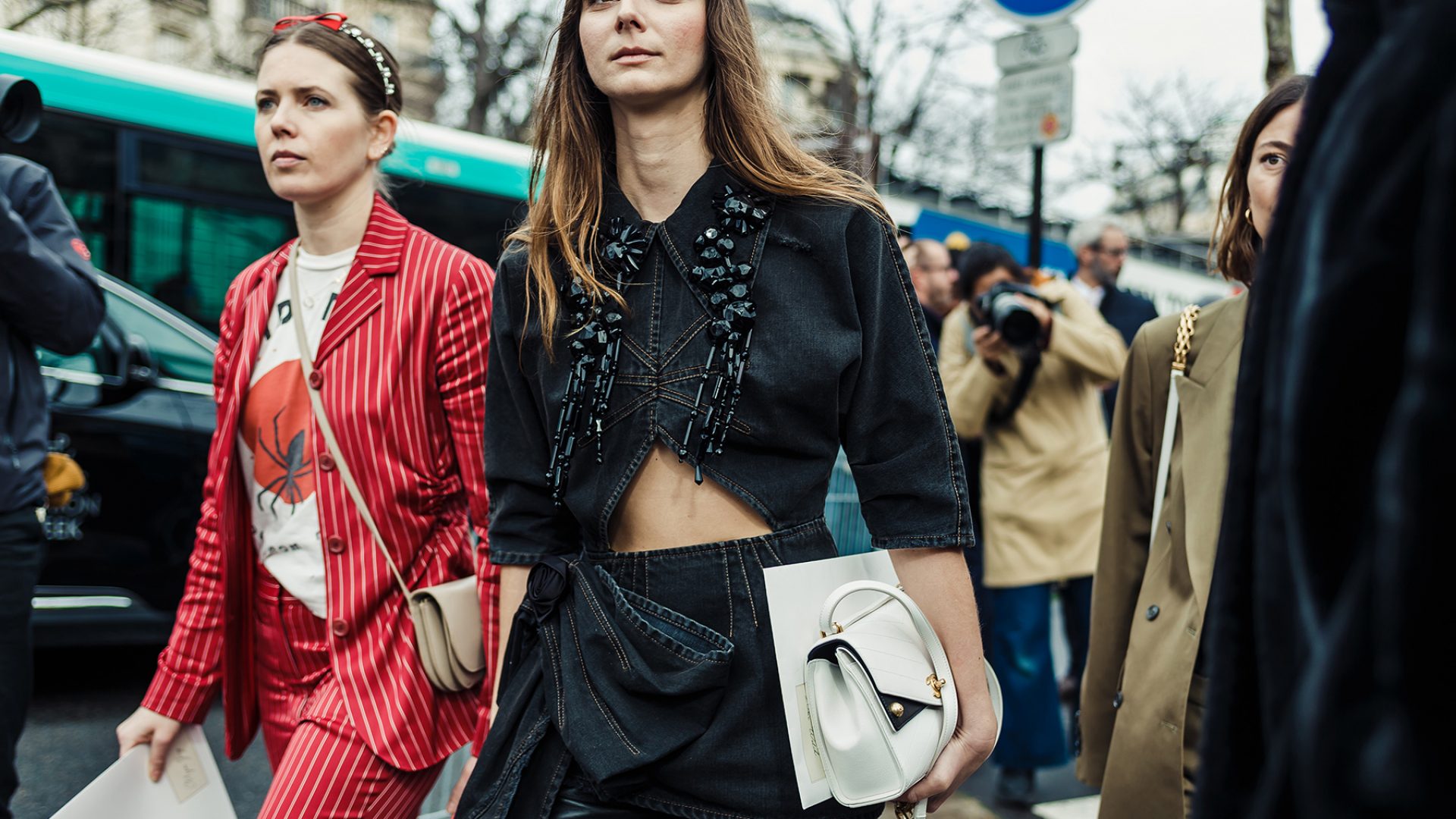 French fashion can seem daunting as an outsider, but there’s just a few things you really need to keep in mind. The most important part of the French dress code? Never wear shorts and leave the sweatpants where they belong – at home.

Many years ago, a woman I met at the University of Florida asked me for some advice. Having been told by a friend that I lived in France, she had two questions for me concerning her upcoming trip.

First, she wanted to know what an appropriate gift for her German hosts would be; and second, how to dress appropriately for a few days of sightseeing in Paris.

As it turned out, neither of my off-the-cuff suggestions sat too well with her: A nice bottle of California wine? Out of the question, as she would never consider giving alcohol to someone as a gift!

Never mind that her plan – a goody box filled with chewing gum and chocolate bars (I’m not kidding about this) – might be seen as slightly odd by her adult hosts, as she herself was in her early 30s, leaving me wondering what type of ‘advice’ she was indeed after; that another chocolate brand might be a better choice, perhaps?

But it was my comment on ‘appropriate’ dress that really had her up in arms. Never having been much of a fashionista, I have certain observations during my years spent as a Parisienne.

What is the French dress code?

For the purposes of this particular conversation with this woman, I skimped on the details and got down to the nitty-gritty. In my humble opinion, it’s this: no shorts!

Now, this may seem like common sense to my European readers. But in America, the women actually leave the house wearing shorts sometimes. Really.

For Floridians, our version of common sense entails not choking to death from the heat if at all possible. Our refusal to wear ankle-length pants in August prevents a certain number of deaths from heatstroke each year.

In fact, both the advice-seeker and I were wearing shorts as I uttered that very phrase. No shorts!

Apparently she saw my commentary as a jab at her sense of style. She became a bit defensive in the shorts arena, defiantly stating that she intended to wear them anyway. What did she care what the Parisians thought of her? And who was I to tell her what to wear on her trip? (Well, um, you did ask, remember?)

Needless to say, it took some doing on my part to convince her that, no, her American-ness shouldn’t necessarily be left at home. Rather, dressing like an obvious tourist might leave her vulnerable to certain illicit activities on the Métro and thereabouts.

Pickpockets, for example, are everywhere in Paris (read about the top scams in Paris). They are good, they are fast, and they are decidedly not whom you would expect. They will get you if you give them half a reason to try, trust me on this.

Black is the new black

Her questions brought back memories of my own growing pains upon relocating to the City of Light. Like many expatriates I’ve known, I did my best those first few months to ‘blend in’, to look ‘French’, and – I’m almost ashamed to say – to avoid other expatriates (and expatriate organisations!) like the plague.

In the fashion department, this meant that I went against my ordinary grain and began buying black. Lots and lots of black. Black pants, black sweaters, black coat, black boots, the works. Morticia Adams had nothing on me.

Simplicity and versatility is key

More than a simple statement of la mode, I can now understand why people in large cities tend to stay away from outrageous bursts of colour in their everyday dress. For one thing, try packing hundreds of random separates into an apartment where not only do you not have a closet, but the apartment itself is the size of a closet.

Add this to the fact that many such apartments come equipped with no way whatsoever to hook up laundry facilities – necessitating that load after load be hauled to the local laundromat for washing – and you’ll begin to get the picture. How much easier (and cheaper) it all is when there’s no need to separate those loads by color, n’est-ce pas?

So, keeping all this in mind (along with the secret desire to dress like my French mother-in-law, the very essence of chic), everything I purchased from my arrival point onwards could have easily taken me from work to funeral to evening-out, without skipping a beat.

The art of accessorising

Into the donation pile went anything with a hint of colour, and the money I saved by buying fewer items went towards the art of ‘accessorising’ – although, in all honesty, I can say I have yet to learn to tie my scarves just so – and all of my efforts went towards achieving that ‘European Look’ that I now grudgingly accept as an impossibility. Now or ever.

Eventually, of course, reality set in: I am not a ‘black’ person. I don’t wear it well and…this hurts…I guess I never did.

Diagnosed as an ‘autumn’ way back when (ladies, you all know what I mean), I should have known better. So, this year, it’s back to the drawing board – and to the browns and eggplants that I so dearly love – and to my innate American sense of style (so very J. Jill, c’est moi).

Finding you – without sweatpants

These days, although I still wouldn’t be caught dead at the bakery in sweats (or anything else suitable only for cleaning house in), I do tend to hang with expatriates just as often as with the French and I can honestly say that I no longer feel the need to ‘compete’ with French women. Instead, I am much more comfortable simply being me.

And that, readers, is such a relief.

Now, if you’ll excuse me, I’ve got a new pair of socks to show off; if I could just find those Birkenstocks.