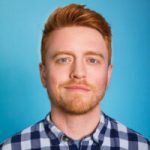 Living in France but not sure where to buy all those French essentials? Find out with our helpful guide to household shopping in France.

If you’re an expat, you’ll know just how challenging it can be to know where to buy certain goods in a brand new home country. But while our guide to French supermarkets can help you buy food, what about all those other essentials for your new life in France?

Without the brand names you’re used to, you might not know the best place to pick up some athletic wear, wallpaper, or even the latest must-have kids toy. But don’t worry. To help you understand household shopping in France, this guide provides information on the following:

Introduction to shopping in France

For many, the thought of shopping in France conjures up images of grabbing a basket and wandering down to your local daily market. In some French towns, this remains an everyday reality. However, in others, you’ll need a little more know-how about where to get those essentials. Luckily, French villages, towns, and cities have a central area where you’ll find all the main shops, bars, and cafés. Here, you’ll be able to pick up most of the basics, although this varies between towns, particularly in rural areas.

As in many other European countries, there’s an increasing number of larger format, out-of-town stores in France. As well as supermarkets, these also include hardware stores, furniture retailers, and more. Most locals drive to these stores, but public transport links usually exist. There’s also a surprising number of US-style outlet malls, particularly in northern France. Here, you’ll find a range of designer brands, high-street names, and dining options.

Generally speaking, the French remain very conservative when it comes to shopping opening times. On weekdays, shops will typically open around 08:00 and close at 20:00. In large towns and cities, some stores may open later but this is not the norm. In towns and villages, shops will often close for lunch; usually two hours between 12:00 and 14:00. Shops don’t typically open on Sunday, including most supermarkets. In rural areas, some stores still remain closed on Monday, too. Make sure to check ahead if you’re unsure of your local store’s opening hours to ensure you don’t miss out.

French department stores (grands magasins) are true shopping experiences. They stock a wide range of goods, from the latest high-end fashions to a neverending variety of beauty products. Some also sell cookware and other items for the home, and most will have a restaurant or café for shoppers to relax in after they’ve had their retail fix. Traditionally, these stores are found in prominent city center locations. However, some stores also have outlets in out-of-town shopping villages.

For many expats, the most famous French department stores are those grandiose Parisien outlets. World-famous names like Galeries Lafayette and Le Bon Marché attract visitors from all over the world to their decadent flagship stores. However, the French capital is also home to large stores of Printemps and Le BHV Marais. If you’re a foodie, you also won’t want to miss La Grande Épicerie de Paris.

All large towns and cities in France have a central retail area that is home to a range of clothing stores selling men’s, women’s, and children’s fashion. In larger centers, you’ll find a good supply of well-known global fashion retailers, including H&M, Zara, Gap, Mango, and many more. However, being the home of fashion, you’ll also find plenty of local French chains and boutique fashion retailers, both in large cities and smaller, rural towns.

Ride in style with our guide to French public transport

The range of clothing and shoe stores varies significantly between towns in France. For the best choice, you’ll need to head to your nearest regional center or shopping village. Here, you’ll find various fashion and footwear outlets to suit all budgets. Higher-end fashion can be found in abundance in large cities, particularly Paris and the chic coastal cities along the French Riviera. For more affordable fashion, large out-of-town supermarkets in France typically sell a surprisingly decent selection of clothes and accessories.

Are you a fan of the great outdoors? Well, if you’re moving to France, then you’re in luck. The French are blessed with a whole country full of excellent outdoor options for the more adventurous-minded expat. Whether it’s hiking through the Alps or the Pyrenees, or emulating the stars of the Tour de France and exploring the country on two wheels, you’re spoilt for choice. But before you get stuck in, you’ll probably want to stock up on the best gear at your local sports and leisure store.

Fortunately, due to the active nature of the locals, there are plenty of sports and athletic stores across France. Two of the biggest sporting goods chains in the country are Decathlon and Go Sport. Here, you’ll find a range of leisurewear, sports equipment, and footwear. Stores can be found both in central areas and out-of-town retail parks. You’ll also find local independent retailers selling a wide range of goods.

If you’re a cyclist, you won’t be surprised to know that the home of Le Tour is well-stocked when it comes to bike shops. You’ll be able to find bikes and accessories at most Decathlon and Go Sport stores. However, for a more personalized shopping experience, why not check out one of France’s many independent bike shops? Not only will you be able to get everything you need for your next trip, but you’ll also be able to ask about local routes, clubs, and more.

Thinking about fixing up that ramshackle gîte in Provence or an unloved city center apartment in Toulouse? France has a good network of DIY stores (magasins de bricolage) to choose from, with most stores located in large, out-of-town outlets. The three biggest nationwide hardware chains are Mr. Bricolage, Bricomarché, and Weldom. However, you’ll probably come across plenty of other names, including regional chains and local independents.

Once you’ve spruced up your new home, you’ll probably want to furnish it. Swedish retailer IKEA has over 30 stores located across the country, while other big-name furniture stores include Fly, But, and Kare. However, for that truly rustic French feel for your home, you’ll probably want to visit your local antique flea market. These markets (brocantes) are incredibly popular with locals and expats alike, and you can pick up some great bargain furniture. You can search online to find your nearest market.

If you like spending time in the garden, head down to your nearest French garden center and stock up on plants, furniture, and other outdoor must-haves. Nationwide chains include Gamm Vert and Botanic, however, you’ll mostly find individual, independent garden centers across the country.

As the home of Alexandre Dumas and Victor Hugo, you’d expect France to have plenty of bookstores. And it does. The country has several nationwide bookstore chains, including Furet du Nord and Fnac. However, you’ll also find a lot of independent stockists and sellers across France. In Paris, some of the must-visit English bookstores include Galignani, Shakespeare & Company, and the ever-popular riverside stalls of les bouquinistes.

If you’re looking for stationery, you’ll find most bookstores stock a decent selection. However, your local French supermarket is probably your best bet for cheap yet decent stationery products, particularly if you’re buying for the little ones. If you’re looking for magazines and newspapers, these can be bought at roadside kiosks or in stores like Relay, which are mostly found in stations and airports. English titles are often stocked, particularly in Paris.

For all your other entertainment needs – from graphic novels and video games to DVDs and vinyl – your best bet is probably Fnac. However, most French supermarkets stock a range of entertainment goods, so you might be able to pick these up with your weekly groceries.

Do you need some modern gadgets and appliances for your new French home? Luckily, getting hold of these is fairly easy in France, whether it’s the latest games console or a brand new jet washer. For small household electronics, head to Fnac, Grosbill, or your local French supermarket; these often stock a small selection. Darty also stocks larger appliances such as fridges and washing machines.

For mobile phones and accessories, many French mobile operators have their own stores in large towns and cities. Here, you’ll be able to peruse the latest phones and sign-up for a contract or SIM card. You’ll also find Apple and Samsung stores in some large cities. For more information, read our guide to getting a French mobile phone number.

Want to look and feel your best in your new life in France? Then you’ll need to know where your nearest health and beauty stores are. Firstly, US-style drugstores that sell a range of over-the-counter medicines don’t exist in France. Unlike in many other countries, French supermarkets don’t stock medicine. Instead, you’ll need to head to your nearest pharmacy. These are surprisingly commonplace and are easily recognized by their green signs.

Beauty and cosmetic products can be found at Marionnaud, Yves Rocher, as well as most major department stores and even some supermarkets. Furthermore, international retailers such as The Body Shop and Lush can also be found across France. If you’re looking for health food and alternative medicine stores, most are independent, so search online or keep your eyes peeled while exploring your new home in France.

If you’ve got kids in France, you’ll need to know where to pick up children’s clothes and toys. Thankfully, you can pick up affordable kids’ clothes at most French supermarkets and department stores like Primark. However, most French towns will have a children’s clothing boutique you can browse with your little ones.

What’s on TV? Find out with our guide to French TV

For toys, PicWicToys has around 60 locations across the country, while many French supermarkets will stock a range of basic toys and games. However, for a truly memorable shopping experience with the kids, why not check out one of France’s traditional toy stores? In Paris, head to Pain D’épices, in the 9th arrondissement. In Lyon, make a beeline for Les Jouets des Anges, and if you’re near Montpelier, take them to Pomme de Reinette.