SOS Help is a helpline in France focused on helping English speakers deal with emergency problems, from emotional breakdowns to feeling homesick or isolated, or just a question ask about a mobile bill.

Sometimes the crisis is a full-blown emotional breakdown. Sometimes it’s figuring out the gas bill. And sometimes it’s a homesick holiday. If you’re living in France, the place they call the ‘Listening Post’ is ready to hear it all.

You can call SOS Help, the helpline in France for English speakers, on 01 46 21 46 46 or Skype, 3–11pm. If the line is busy, make sure you call back. See how to contact the SOS Helpline and find more in our guide to emergency numbers and helplines in France and hospitals in France.

The trained ‘listeners’ at this SOS Helpline don’t want you to wait until you’re on the brink to call them. On the other hand, if you get to the brink, they are there to catch you.

“We deal with everything from if you lost your cat to you can’t understand the tax forms to where to get orange juice at 11pm on a Saturday in Paris,” says the operation’s outgoing chairperson Alex. He and all his fellow listeners operate under strict anonymity.

SOS Help is an English-language crisis line operating out of an undisclosed Paris location for the past 30 years; a non-profit association, it’s run completely by volunteers who keep their names a secret. They provide a sympathetic ear for 300 to 400 calls a month. The calls run the gamut from the banal, from finding a plumber to full-blown suicide calls.

The listeners are there to be helpful for practical problems, such as figuring out the gas bill. They hasten to explain they are not the English-speaking A-Z Listings. If you’re having trouble, read our checklist for moving to France.

This helpline in France offers only two things: an English-speaker who will listen, and absolute guaranteed confidentiality. The service won’t — can’t, in fact — trace your phone number. Even suicide callers must ask the hotline listener at the other end to call police or SAMU.

The operation is volunteer-run but takes its role seriously; while suicide calls account for a very small percentage of the calls, SOS Help recognizes it sometimes plays a life or death role.

Listeners come from all parts of the world, all walks of life, all ages, and all levels of expat experience. They receive a weekend plus eight evenings of training from professional counsellors; then they do four shifts with a listener before being left to the phones on their own.

Many of the SOS Help calls stem from one of two sources: frustration with French bureaucracy and loneliness.

“We hear a lot from people who are having trouble finding their niche or being homesick for their family. Sometimes they interpret it as being because they are a foreigner in a foreign land. Of course, loneliness is a theme for other helplines,” says one experienced listener who keeps her name private. This is one area that SOS Help has dealt with often.

Alex points out that expats are actually less isolated now than ever before; with the easy accessibility of e-mail and the vast price drops for international phone calls, most expats find it much easier than even 15 years ago to stay in touch with friends and family back home.

On the other hand, listeners attribute some of that loneliness to a French context. That is, the perception that France is a relatively difficult society with formal rules of behavior and a lack of open displays of friendliness.

To an expat who has already had to hurdle a heap of administrative challenges, whose head is swimming with new experiences, and who perhaps is struggling with the language, France can indeed seem a cold place. But there are many different types of support or helplines in France.

France helpline and advice for the isolated

While the listeners avoid advice-giving, they do say the most obvious solutions are often the best for expats who feel isolated. Keep active, keep an open mind, and don’t take it all personally.

They also point out that English-speaking churches in France often play a vital social role that often has nothing to do with the traditional functioning of the church.

Most of us would agree that it’s not that English-speakers are necessarily more empathetic or helpful than the 60 million French people we live with.

But even for fluent French-speakers, it’s only human sometimes to want to ‘talk it out’ in your own language. And when you do, SOS Help is ready to listen.

Where you don’t have to work hard to communicate

Most of the calls require only one technique: to listen.

“Here you don’t get treated as an expat or as a foreigner,” says Alex from the SOS Helpline. “We’re simply someplace to call where you don’t have to work hard to communicate.”

It’s the only such helpline in France. They get calls from all over the country, even from all over Europe, and even from French people who may feel more comfortable talking about some topics to a non-French person.

“We are there to listen in a non-judgmental and non-directive way. We can’t really do a thing besides listening and without tipping over into advice-giving,” says Alex. “What we don’t get is people playing about calling just to practise their English.”

While the hotline operates out of Paris, they do help callers from all over France, including the more rural areas where English-speakers have no choice but to reach out beyond the Anglophone social network.

SOS Help operates only on donations. If you want to contribute, send tax-deductible cheques to: B.P. 43 92101 Boulogne-Billancourt. The hotline also periodically recruits new listeners, and other volunteer support staff. Read how to get involved. 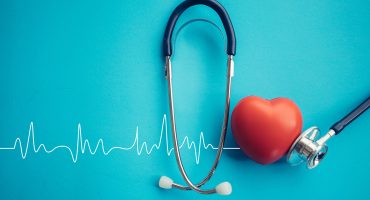 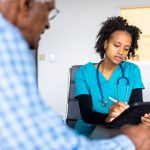 A guide to the French healthcare system