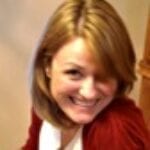 The cafe culture in France is as precious and historical as its wine, writes blogger Maria Foley.

The French take their coffee seriously. (Frappuccino? Qu’est-ce que c’est?) From the bowl of café au lait that begins the day, to the post-prandial espresso that ends it, coffee is as much a part of French life as the wine for which the country is famous.

The humble coffee shop has been a fixture in certain European and Middle Eastern societies for centuries. More than just a vendor of hot drinks, the café very quickly established itself as an important social hub, where people could debate the issues of the day and catch up on the latest news and gossip. The café culture has even been credited with jump-starting the French Revolution, according to The Economist:

“It was at the Café de Foy, eyed by police spies while standing on a table brandishing two pistols, that Camille Desmoulins roused his countrymen with his historic appeal — ‘Aux armes, citoyens!’ — on July 12th 1789. The Bastille fell two days later, and the French revolution had begun.”

In those sad places without a true café culture, Starbucks has gallantly leaped forward to fill the void. The iconic green mermaid has even infiltrated Paris. (Almost as incongruous as the idea of a Starbucks in The Forbidden City.)

I could never bring myself to check out the Parisian Starbucks, though — there’s something rather perverse about swilling a Tazo iced green tea latte in the city that houses Les Deux Magots, the legendary café where such luminaries as Jean-Paul Sartre and Simone de Beauvoir philosophized over unfiltered Gauloises and steaming cups of joe.

The nearest thing to café culture

Before the invasion of Starbucks into Canada, the closest thing we Canadians had to a café culture was the homegrown Tim Hortons chain of coffee-slash-donut shops.

There’s no denying Canadians love their Timmy’s — the company, established by a former NHL hockey player in 1964, now boasts 3,148 locations in Canada (in addition to 602 in the United States, several outlets in Ireland and the UK, and one at the Canadian Forces military base in Kandahar, Afghanistan). But you couldn’t really call it a café in the French sense of the word.

Ambiance is the key

So what constitutes a café culture? I think it comes down to ambiance. In France, drinking a coffee is a ritual to be savoured, not rushed. Waiters appear unconcerned over the table turnover rate, and will generally let you enjoy your coffee in peace for as long as you like.

The convivial nature of the café is as much a part of the experience as the beverage. Laptops are rare. Chatting with friends over a café crème — or even sitting alone nursing an espresso, smoking meditatively* and watching the world go by — is at the very heart of café culture.

The times, though, they may be a-changing. In North America, you can’t walk more than 10 steps without encountering someone clutching a cup of takeout coffee — an idea bordering on sacrilege in France. But during my recent sojourn in Bordeaux, I was surprised to see a sprinkling of those familiar lidded cups around town. Does this signal the beginning of the end for the traditional café culture? I hope not… but I have a bad feeling about this.

*The smoking ban came into effect in December 2007, just after we left France.

How to eat like the French: 12 tips you need to adopt