Home Lifestyle Things to Do Hipster guide to Cologne
Last update on June 03, 2021 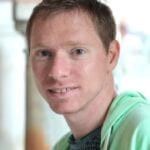 If you find yourself drinking an Altbier next to a table full of tattooed and mustachioed locals in the Belgian Quarter, you may have figured out one of the hipster hotspots of Cologne.

Read the full Hipster guide to Cologne on Travels of Adam.

As Germany’s fourth-largest city, Cologne is big but not overwhelming. The population is diverse and while the city is spread out, it’s a completely manageable city to discover with easy public transportation or even on foot. One of the best areas to spot Cologne’s many hip cafes and trendy bars is around Rudolfplatz and the nearby Belgian Quarter. Apart from that, much of Cologne is actually pretty cool. Here’s a peek into the hipster hotspots in Cologne in what might just be Germany’s most under-rated city.

Top bars and nightlife in Cologne

There’s quite a bit of nightlife in the Cologne Old City (Altstadt), but don’t think that’s all you’ve got. Visit the Belgian Quarter, Ehrenfeld and around Rudolfplatz for more interesting bars and clubs.

Hipster cafés and restaurants in Cologne

Kaffee und Kuchen (coffee and cake) is a German pastime throughout the country. In Cologne, they seem to have perfected the afternoon treat.

Cologne is home to one of Germany’s largest LGBTQ populations. If you ask any German about Cologne, almost inevitably the first thing out of their mouth is that it’s ‘the gay city’. Somehow it got this reputation and it stuck.

The annual Christopher Street Day pride (in June) is one of the largest in Germany. Probably the city’s biggest gay event is the Carnival in February. Approximately one million people visit Cologne for Carnival and the costumes are really a sight unto themselves.

Regardless of the gay events and festivals, however, Cologne has some decent gay nightlife and a welcoming and friendly atmosphere. Much of Cologne’s gay culture centers around Rudolfplatz and the Belgian Quarter. Some of the more legendary and historic gay bars around Heumarkt (which is also where the summertime CSD pride festivities take place).