10 free things to do in Switzerland

Home Out & About Best of Switzerland 10 free things to do in Switzerland
Last update on February 11, 2020
Share

The best things in life are free, and the same may be true of Switzerland.

Free lunches are as hard to find in Switzerland as anywhere else. You might even think that there is nothing that’s free in the land of luxury, but you’d be wrong. Despite this country’s reputation for being über-expensive, actually some of the best things in Switzerland are free. As in, they are gratis. So here are my top ten things that you can see, do and enjoy in Switzerland for free. Enjoying a slice of Swiss life needn’t cost the earth; it can be had for nothing.

The imposing Federal Parliament, or Bundeshaus, in Bern isn’t just a talking shop; it’s a great example of Swiss nationalistic architecture. I loved the free guided tour, which was full of super anecdotes and trivia. Tours are in a variety of languages, and you must bring a picture ID to get in, but they only happen when parliament is not in session.

OK, so technically it’s hard to appreciate the splendour of the Swiss countryside without spending a bit of money – it’s not as if you’re going to walk to mountains from Basel (although some Swiss might!). But at least once you get there, it’s all free: no National Park entry fees. Why not start off with any or all of these seven natural wonders of Switzerland?

When I was researching Swiss Watching, one of my favourite experiences was visiting the cheesery in Affoltern, in the heart of the Emmental. You can watch the cheese being made in all its stages – the huge metal vats, the brine baths, the store rooms – all with an audio guide. And all for free. Then in the shop, there are plenty of types to try. A nibble here, a taste there, and maybe even buy some. I couldn’t resist.

Thanks to having absented themselves from annoying things like two world wars, the Swiss have managed to keep their historic towns intact. From the biggest cities down, almost every Swiss urban area has a beautiful medieval old town at its core, while some whole towns are pure gems in themselves, eg Murten and Stein am Rhein.

What better way to enjoy Switzerland than go off for an eight-hour hike through the mountains. Or, if you’re vaguely sane and/or a foreigner, go on a more leisurely two-hour stroll somewhere pretty. This could be up high, such as these three walks in the Bernese Oberland, but could easily be the lakeside amble from Montreux to Chateau de Chillon. Lovely in spring with miles of flowers in bloom.

If you like anything horological, then make a bee-line for Biel/Bienne: it’s rather like the mothership calling you home. Omega has been making watches here for decades, and its museum shows the whole timeline. The first fake and the first one on the moon, plus James Bond and the Olympics. Fascinating stuff, even for non-watch freaks.

From the austere grandeur of Lausanne’s to the OTT riot of stucco inside St Gallen’s, Switzerland has some outstanding religious monuments, none of which you pay to go into. No trip to Zurich is complete without seeing Chagall’s magical windows in the Fraumünster, no visit to Bern over until you’ve admired the intricate West portal.

Tucked away in the old town near Geneva’s huge cathedral (also free) is this engrossing history museum. It’s spread over many floors of a splendid 14th century house, the oldest one in the city. My favourite bits: the coin collection and the vast wooden 3D model of Geneva in 1850, when it still had extensive fortifications.

Centuries-old fountains spurting out cold, crystal-clear water straight from the Alps: almost everywhere in Switzerland has public drinking fountains in the street, and most of them are sights in themselves. In Bern, we have blind justice, a bear in armour and a baby-eating ogre among the many beautiful, colourful fountains. Just bring an empty bottle and fill up.

It’s only open for two hours on Sunday afternoons, so is probably one of the least-visited museums in Switzerland. But if you want to know anything about Johanna Spyri, creator of Heidi, then Hirzel in Canton Zurich is the place to go. The old schoolhouse in her birthplace has everything from sepia family photos to Heidi memorabilia through the ages. Small and sweet, just like Heidi herself.

After all that, if you’re still looking for something free in Switzerland, then all you have to do is go outside and take a deep breath. Fresh Swiss air: there’s plenty of it and it doesn’t cost a penny. Reason enough to love living here. 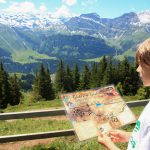 The top 10 Swiss theme trails even lazy kids will like 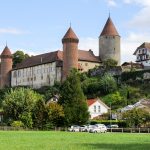 I ♥ nightlife in Switzerland