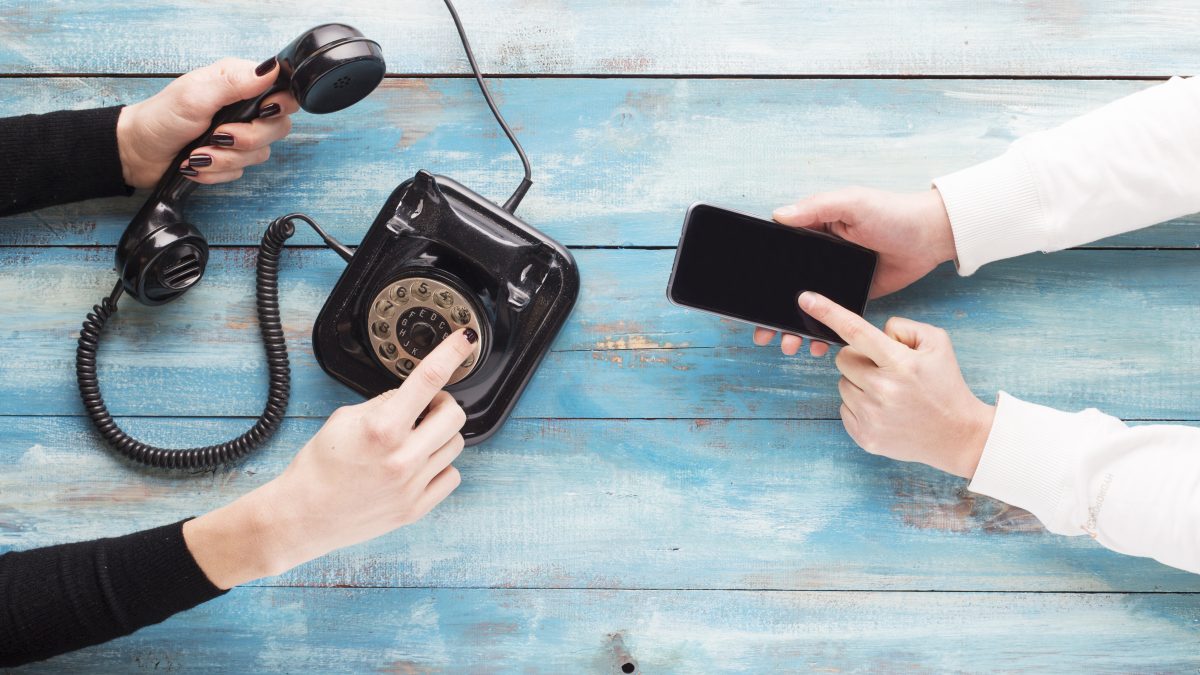 Switzerland’s mobile networks are among the most developed telecommunication systems in Europe, so expats moving to Switzerland on a long-term basis can easily find reasonable deals on calls and data with a variety of Swiss mobile operators.

Swiss SIM cards for tourists are typically restricted to prepaid SIM card deals, as proof of address and Swiss residence is generally required to take out a Swiss mobile plan. As such, it is harder to find discounted deals on calls, messaging and mobile internet data, although the cost of a prepaid SIM card in Switzerland is inexpensive, around CHF 20, and usually includes a similar amount of free credit or download data. Many visitors with low mobile needs finds this sufficient for a week-long trip, combined with using WiFi spots, which are commonly found. There are, however, several solutions for travellers who have higher consumption needs.

This guide explains who can use their mobile in Switzerland, conditions for purchasing a Swiss SIM card, how to call a Swiss mobile number, plus a comparison and list of Swiss mobile operators to choose the best coverage for your Swiss mobile.

Who can use their mobile phone in Switzerland?

Swiss mobile telecommunication technologies operate on a GSM 2G network and a UMT 3G. GSM phones are the most common network in the world, so the majority of those travelling to Switzerland should not have any problems getting a Swiss SIM card for their existing mobile.

Those arriving in Switzerland from another European country shouldn’t have a problem switching to a Swiss SIM card. The exception to this rule is if you have had your current mobile phone for under 12–24 months and are locked into a contract with a mobile provider in your own country.

In such circumstances, you will need to contact your current mobile provider and ask them about their unlocking policy. Most companies will unlock your SIM for a fee. Be warned that some carriers are not always co-operative about unlocking SIMs.

Visitors arriving from some parts of the US, Canada or Japan may experience problems operating their mobile phone in Swiss territory because these countries operate on the CDMA network. If this is the case, you may have to buy a new mobile phone in Switzerland. The exception to this rule is if your existing handset is a tri-band cell phone, which works on any network in the world. Tri-band mobiles are becoming more common, while many smartphones typically operate on several networks as well (for example, iPhones).

While the EU announced the abolishment of roaming charges between membership countries, Switzerland (a non-EU, non-EEA member) was excluded. This means that Swiss mobile users will be charged higher fees while travelling in the EU, and vice versa for EU mobile users in Switzerland. Even before the ban, Swiss mobile users were generally charged higher roaming fees, as the EU had price caps while Switzerland still does not. Anticipating the change, however, Swisscom announced a general cut in roaming fees, with 26 countries specially designated as ‘low-tariff zones’ where roaming fees will be up to 80 percent lower. Swisscom and Salt also dropped roaming charges in Liechtenstein (provided the number starts with the country code +423), while Vodafone has dropped roaming charges in 40 countries including Switzerland.

The leading mobile network in Switzerland is Swisscom which supports around 60 percent of the country. Swisscom was the former national provider so it also has the widest and most reliable coverage, but also typically higher prices.

Since the emergence of competing Swiss mobile operators, call costs have generally lowered although they continue to vary considerably from one service provider to the next. It is advisable to shop around for the best deals. You can compare Swiss SIMs and plans on en.comparis.ch.

The closest rival to Swisscom is Sunrise followed by VTX. Orange used to be a major competitor until they were bought out by French company Salt, while Migros M-Budget Mobile and Coop Mobile come at the top of customer satisfaction charts. Migros also uses the Swisscom network so has good coverage across the country. Sunrise has strong footings in German-speaking parts of Switzerland, while Salt has a strong presence in French-speaking areas around Geneva and in the southwest.

If you are living in one of the main Swiss cities, you shouldn’t have a problem getting a good signal on any of the Swiss mobile networks. However, be prepared to occasionally lose connectivity if you venture further afield, the general exception being Swisscom.

Overall, however, Switzerland performs above global averages in terms of availability and speed; Sunrise’s reported download speed of 35.3Mbps on 4G networks, for example, is more than double the global average of 17.4Mbps, ranking Switzerland 16th in the world, ahead of countries such as France, Germany and Italy, although far behind global frontrunners such as South Korea, with reported speeds of 41.3 Mbps.

In 2017 OpenSignal reported that users can expect ‘fast speeds, highly accessible LTE signals and quick network response times’ as the norm. Their survey revealed users could access average download/upload speeds of more than 20Mbps on seven out of 10 attempts on wireless (LTE) networks from Salt, Sunrise and Swisscom. The report also revealed that Sunrise and Swisscom tied on 4G connectivity, with Sunrise taking a clear lead in terms of download speeds and Swisscom ranking first for network responsiveness.

Swiss mobile contracts are only given to customers that can prove they plan to stay long-term. It is not possible to get a Swiss mobile plan if you only have an L-residence permit or short-term Swiss visa.

However, you are allowed to buy a Swiss SIM card, even from outside the country. It can be advantageous to do this before your trip so you are connected to Swiss mobile networks as soon as you arrive in Switzerland. Several Swiss mobile operators sell Swiss SIM cards on their websites.

Another option for tourists is an international SIM or mobile plan, which can provide coverage and data in a number of countries. Swiss Airlines, for example, offers an international pre-paid SIM card called Swiss Mobile, sold inflight or online, although doing an online search will reveal numerous other companies offering generous international SIMs and plans.

If you you are unable to use your phone on a Swiss mobile network, you will find payphones in post offices and in the streets. Swiss phones boxes are grey with red handsets and accept credit cards or pre-paid phone cards, which you can purchase from the post office or street kiosks.

Pre-paid SIM cards in Switzerland for tourists and long-term residents are easy to buy. You can buy Swiss SIMs in mobile phones shops, supermarkets, newsagents and petrol stations. Pay-as-you-go SIM cards can also be used for data credits, with some mobile operators offering specialised SIM cards with up to 1TG data credit.

To purchase a Swiss SIM, you have to show some form of identifications such as a passport or national ID card with a headshot photograph. You will also have to register the SIM card. It can take a couple of hours for the starter pack to be activated. The other requirement for a pre-paid Swiss SIM card is that your mobile phone must be unlocked.

If you are not able to unlock your current mobile device, the alternative is to rent a personal high speed WiFi hotspot, which you can do through this website. WiFi hotspots are faster than Swiss mobile network connections as they work on 4G. Typical download speeds are between 25–40 Mbps and there is no data limit. Furthermore, WiFi hotspots have better connection coverage and all costs are paid in advance – so you can use the internet for as long as you like without fear of additional charges. The only downside is that this is not the cheapest option. Essentially you pay extra for convenience and reliability.

Mobile contracts offer cheaper call charges, although pre-paid SIM card plans can still be more economical if you don’t use your mobile phone much for calls and texting. Premium Swiss mobile packages typically include free unlimited calls and texts.

If you decide to opt for a Swiss mobile contract, the term of the contract will be for either 12 or 24 months. You can walk into any mobile phone shop for advice, or conduct your own research on the internet. You will find a wide range of mobile tariffs to meet all budgets. If you leave Switzerland before the contract term, however, you may be required to pay out the rest of your contract, so consider how long you are planning to stay.

Many mobile plans in Switzerland include a new phone when you subscribe for a minimum 12-month contract. The phone is offered free upfront, but is paid for within the cost of the monthly charges.

Before you can purchase a mobile phone contract you have to register the SIM card. This involves providing the Swiss mobile operator with:

You can also find deals that offer lower monthly fees for users who keep their mobile phones from abroad. Occasionally, a company will offer visitors arriving from other countries cheaper monthly rates if you purchase their SIM card.

Below are some phrases to help you compare Swiss mobile plans:

The international dialing code for Switzerland is 0041 or +41. Most Swiss mobile numbers have seven digits preceded by a two-digit area code.

The codes for Swiss mobile numbers include:

When calling within Switzerland, you must add a 0 before any prefix number, whether a mobile or landline phone; when calling from abroad you drop the zero.

If you’re calling a landline phone in Switzerland, you will need to use the area prefix:

If you need to make an emergency call, such as to the pan-European number 112, you will be able to make the call from your mobile phone, regardless of whether you have a functioning SIM or coverage. Save this full list of emergency numbers in Switzerland.

Tips for using your Swiss mobile

Mobile users who live in cities near borders such as Geneva and Basel have been known to receive unexpected ‘data roaming’ charges. Some Swiss mobile operators do not have strong signals in certain border cities, meaning the signal switches to a stronger network signal from one of the neighbouring countries.

It is also typical for Swiss mobile operators to offer complete package deals for household entertainment purposes. Packages can include include satellite TV, home telephone and internet in Switzerland, with discounts or benefits sometimes offered for bundling your mobile plan in with the same package. 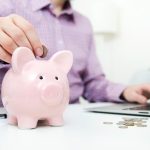 How to save money in an expensive country like Switzerland 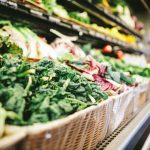 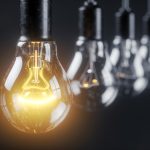 Getting connected to Swiss TV and other utility providers 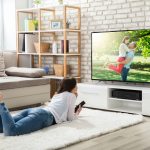 Billag: a beginner’s guide to TV and radio licensing in Switzerland