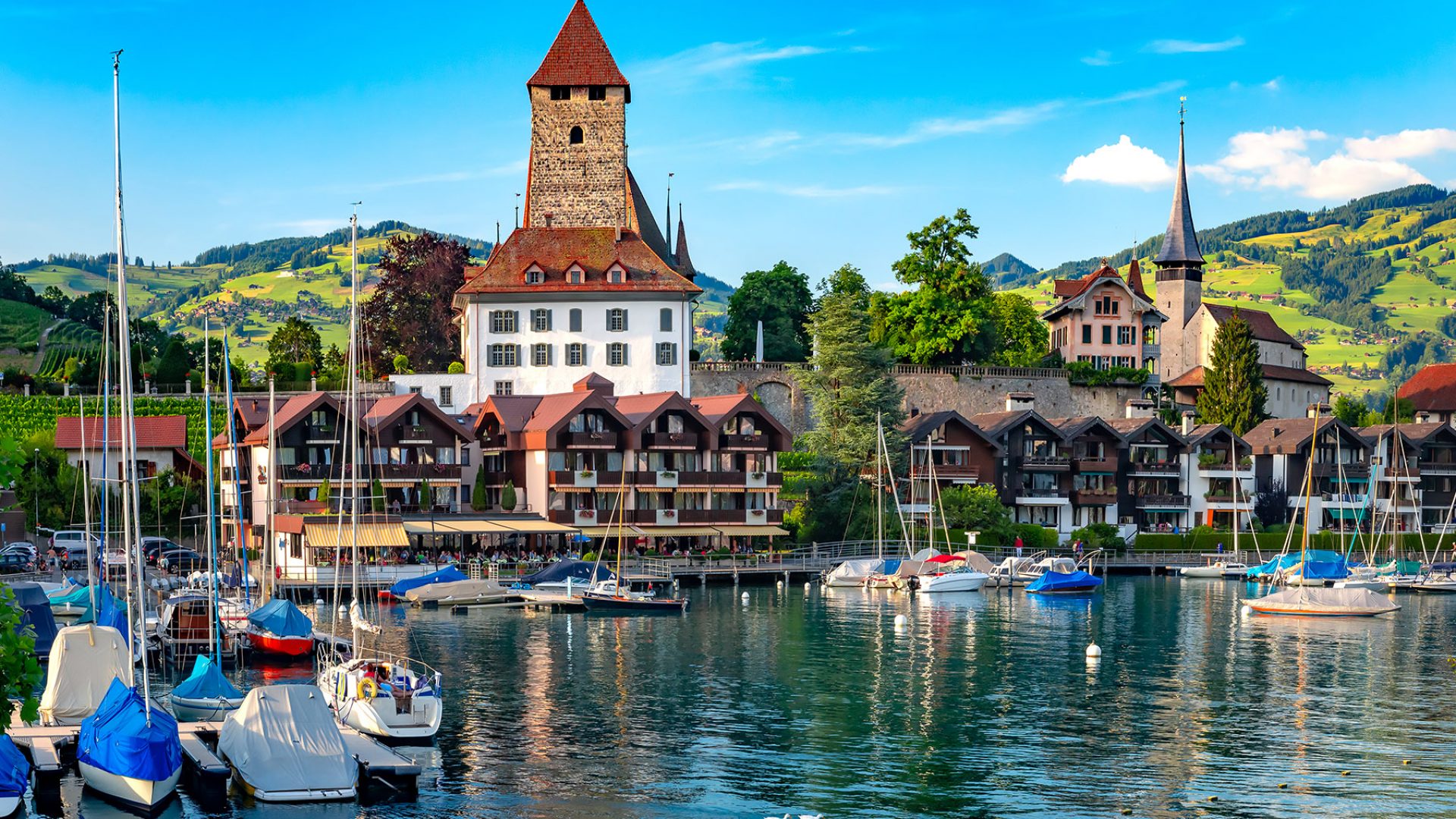 Home Finance Investment Why is Switzerland so rich?
Last update on March 25, 2022 Switzerland is one of the world’s richest nations. But where did all that wealth come from? We did some (gold) digging to find out.

The Switzerland of today might be known for its banking industry and favorable tax system, but the country’s wealth is actually rooted in innovation. Still, with 40 of the world’s billionaires being  Swiss citizens, you might be wondering exactly how this little alpine country became a hot spot for the mega-rich.

We followed the money to find the answers to the million-dollar questions, including:

How rich is Switzerland?

Switzerland is renowned for its wealth (not to mention Switzerland’s high cost of living), and for good reason. Data from the Swiss National Bank shows Swiss residents have assets averaging CHF 460,000. The last two decades have been a boom period for the richest. Wealth per adult rose by 53% between 2000 and 2019.

A report by Credit Suisse in 2020 found Switzerland had the highest wealth per adult in the world. In total, 800,000 millionaires reside in a country of fewer than nine million people. Most remarkably, the report found that Switzerland accounts for 1.7% of the world’s wealthiest 1% of people. This is despite Switzerland having just 0.1% of the world’s population.

Switzerland has long attracted rich foreigners, enticed by its high wages, stable economy, and favorable tax rates. More than 25% of the Swiss population has foreign roots, and around half of the country’s multi-millionaires come from abroad.

With rich residents come high prices. Research by CEOWORLD magazine in 2020 found Switzerland was the most expensive place to live in the world.

There’s no single reason why Switzerland has become so wealthy. People often attribute the country’s financial success to its banking system, but the real reasons are more complex.

Switzerland doesn’t boast much by way of natural resources, but the country was ahead of the game as an early industrialized. As a result, the Swiss economy experienced a huge boom in the late 19th century and early 20th century.

Find out 30 surprising facts about Switzerland

When you think of Switzerland’s finest creations, you might think of chocolate and clocks, but the country has a long history of innovation. Switzerland is renowned for having a strong and varied export market. Pharmaceuticals, gems, chemicals, and machinery are the main contributors.

Another key factor is Switzerland’s focus on its own industries. The country’s attitude towards free trade has resulted in a focus on creating things domestically rather than buying cheap exports from other countries. This means that Switzerland is considerably more expensive than the rest of Europe, but this philosophy underpins economic success.

Stability is key to Switzerland’s long-term success. First of all, the country’s neutrality in major wars and conflicts means it hasn’t suffered some of the economic devastations that many of its European neighbors have endured.

Secondly, a stable democratic system and efficient work ethic have enabled the country to weather political and economic issues. This stability means investors and rich foreigners see the country as a safe place to store and spend money.

Banking isn’t at the historic center of Swiss financial success, but it’s been a key driver in the last century. Switzerland’s favorable tax system has enabled it to attract companies and high-net-worth individuals over a long period, massively increasing wealth in the country and creating one of the world’s biggest financial centers.

Switzerland has long been accused of being involved in the more murky and secretive side of banking, but it has made strides in bringing in more strict regulations in recent years.

Inheritance is a significant factor in Switzerland’s wealth, with many of the richest people in the country having inherited money from longstanding family businesses.

Switzerland has a preferential inheritance tax system compared to some other European countries, making it easy for the richest to maintain and pass on wealth.

Switzerland has long faced accusations of benefiting from its neutrality in the Second World War by allowing the Nazis to deposit huge quantities of confiscated gold into Swiss bank accounts. In 1996, the Swiss National Bank acknowledged it made a profit on its wartime dealings with the German Central Bank, estimating it gained CHF 20 million.

A 1997 investigation by the Bergier Commission found 76% of German gold transactions went through Switzerland. The Commission said the Swiss National Bank bought nearly $400 million of Nazi gold, worth billions in today’s money. The same report accused the Nazis of stealing $146 million in gold from holocaust victims.

Switzerland has also faced criticism over how it handled the accounts of Holocaust victims after the war. In 1998, Swiss banks reached a settlement with Holocaust survivors and their families after the controversy, with around $1.3 billion paid out by 2013. These scandals have had an effect on the perception of Switzerland on the international stage.

The richest people in Switzerland

Switzerland is home to some of the richest people in the world. Data from Forbes shows Switzerland boasts 40 billionaires, many of whom became wealthy through inheriting multinational companies.

Gianluigi and Rafaela Aponte are the richest people in Switzerland. The couple own the international shipping company MSC, and are worth nearly $11 billion. Financial innovator Guillaume Pousaz was in second place with a worth of $9 billion, while biotech company owner Ernesto Bertarelli came third.

Will Switzerland remain a tax haven?

Switzerland has long been considered a tax haven on the international stage, with cantons competing to offer the most attractive income tax and corporate tax rates. The country’s tax system has led to nearly half of the money in Swiss bank accounts originating from abroad.

Learn why Switzerland is known as a tax haven

There are some signs, however, that Switzerland may be losing its tax haven status. After criticism from the European Union, the Swiss government scrapped the preferential treatment given to multinational companies, introduced greater controls on residency, and brought in stricter rules on foreigners opening bank accounts.