In addition to having one of the highest minimum wages in Europe, Belgium also has strong labor laws that protect the rights of workers at a national level.

Belgium operates a maximum 40-hour working week, although working hours are usually 38 hours a week. Employees are entitled to 24 days of holiday each year, although some collective labor agreements offer a greater allowance in addition to the 10 annual Belgian national holidays. Read more in our guide to vacation leave in Belgium. 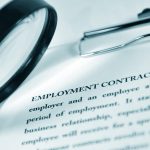