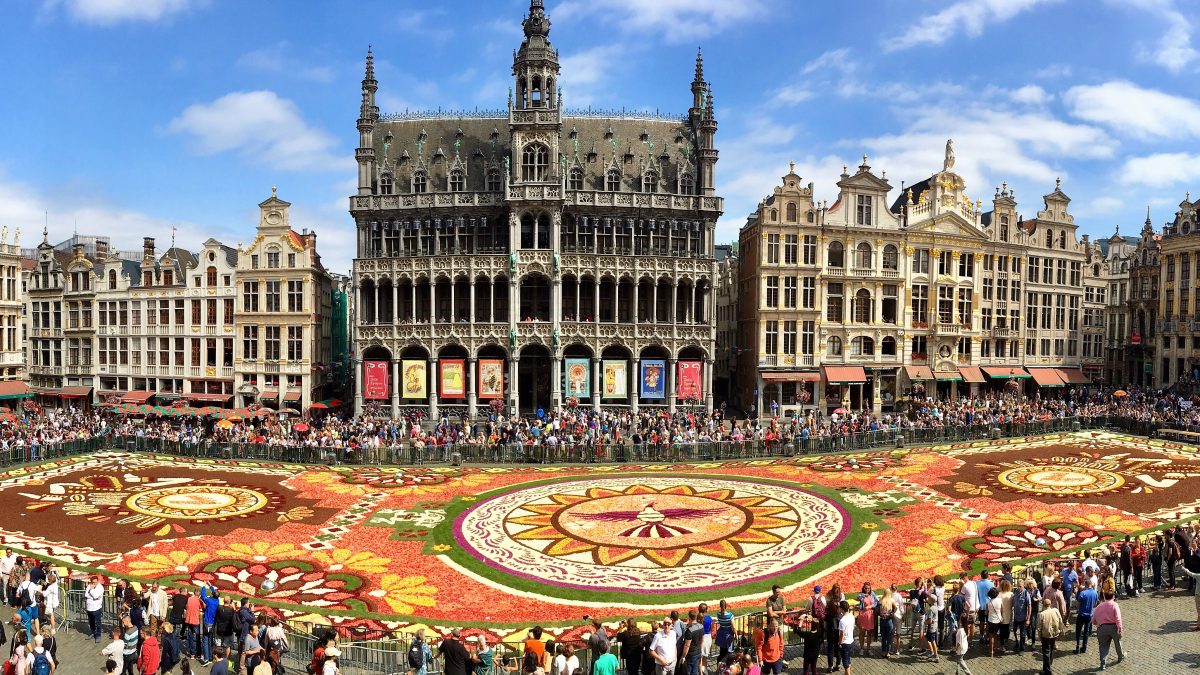 Top 10 places to visit in Belgium

There are so many more great things to do in Belgium than just devouring its chocolate, beer and mussels – as you’ll discover below.

When looking for the top places to visit in Belgium, you actually have the options of the top part, which is Dutch-speaking Flanders (Flemish), and the bottom part, which is French-speaking Wallonia. The official bilingual capital of Brussels sits across the two regions. There are also a few German-speaking regions in the east. While this may seem complicated linguistically, the cultural mix has created many tasty top Belgian foods and, best of all, the best Belgian desserts.

There are many top places to visit in Belgium. Being a small country with excellent transport links, the best of Belgium’s tourist attractions are never too far away from Brussels. However, take care to ensure you avoid the top scams in Belgium and make a note of Belgium’s emergency numbers and public holidays whilst travelling. The close proximity of all the top Belgian cities makes Belgium perfect for weekend getaways and short-trips.

Belgium is diverse, historical and cosmopolitan, with a quirky underside that you can see in the top Belgian festivals, especially at carnival in Belgium, and surrounding the many myths of Manneken Pis, a small peeing statue that is a top Belgian attraction.

There is also some spectacular scenery for exploring in Belgium nestled between its rustic small towns. Why not visit the forested region of The Ardennes for outdoor activities, or any of the coastal towns on the world’s longest tram line Kusstram? When your muscles get tired you can head to the hot springs in Spa, the town from where we get today’s modern word. There are too many top places in Belgium to list them all, but below is a selection of the best places to visit and things to see.

Top things to do in Brussels

Belgium’s capital Brussels is filled with wonderful architecture, top museums, shops and restaurants – more than a dozen Michelin starred within five miles of the city centre. Brussels is a city where you can savour a coffee in one of the many terrace cafés in the main square, La Grand Place, surrounded by ornate 17th-century baroque townhouses, guild houses and a gothic town hall dating back to the 13th century. You can stroll around the luxury shops in the glass-roofed arcade Galeries St Hubert, wander the Royal Palace or visit the futuristic Atomium, built in 1958 to represent a molecule’s nine atoms, with exhibitions and panoramic views from the top. Brussels was also the centre of the 19th-century art movement Art Nouveau; and you can see houses – indeed, whole neighbourhoods – designed by Victor Horta and Paul Hankar. Tintin fans won’t want to miss the new Hergé Museum just outside Brussels in Louvaine-la-Neuve or Brussels’ comic book mural tour.

Bruges: the ‘Venice of the North’

Bruges (Brugge in Dutch) is only about an hour from Brussels but takes visitors back to medieval times. Surrounded by an extensive network of canals, it’s been dubbed the ‘Venice of the North’. Its historic centre is the best-preserved example of medieval Flanders and a designated UNESCO World Heritage Site. Chocolate lovers will enjoy exploring more than 50 chocolate shops in Bruges and a chocolate museum, while beer lovers have the De Halve Maan brewery. Cultural fans can find the Flemish masters (including Brueghel) in the Groeninge Museum, as well as the Belfry and the Béguinages. Foodies might enjoy the bistro De Refter, from three-star Michelin chef Geert Van Hecke. You will also find lots of shops selling souvenirs of handmade lace – Bruges is famous for it.

One of the main reasons to visit the Walloon city of Tournai is the Notre-Dame Cathedral, considered to be one of the most beautiful religious buildings in the world and designated as an UNESCO World Heritage site. The five-towered Romanesque and early Gothic masterpiece was built during the 12th and 13th centuries and today houses the Shrine of Our Lady and work by Flemish artist Peter Paul Rubens. If you have the energy to climb the 257 steps to the top of the Belfry, a free-standing bell tower, you’ll be rewarded with fantastic views all around. Check out the Museum of Fine Art or enjoy a drink in one of the relaxed cafés in the Grand Place.

A theatre of tragedy and wars

Belgium has been a location for both the European and world wars. Visit Waterloo where, on 18 June 1815, Wellington defeated Napoleon. Today, you’ll find battlefield tours, Napoleon’s headquarters, the Wellington museum and a re-enactment every June. Flanders Fields was the setting for World War I, and there are many monuments, sites and cemeteries in the area centred around Ypres (Leper), where the Last Post continues to be played every day. One of the most famous battles of World War II, the ‘Battle of the Bulge’, took place in the forested Ardennes region over the winter of 1944/5, near Bastogne. There are museums devoted to the Allied forces, a memorial to US soldiers who fell in battle and vast American military cemeteries.

The Flemish city of Ghent (Gent) is a laidback university town with numerous cafes, restaurants and a cool vibe, all set against a backdrop of 13th-century Gothic churches, 17th-century canal-side houses and the commanding Gravensteen – the Castle of the Counts – which is a medieval fortress complete with battlements and torture chamber. You can wander around Ghent on foot or explore the city by boat. Don’t miss one of Northern Europe’s treasures: The famous polyptych (panel painting) of The Adoration of the Mystic Lamb, painted in 1432 by Jan and Hubert van Eyck, hangs in St Bavo’s Cathedral.

Antwerpen (in Dutch) in Flanders is Belgium’s creative city – and the diamond capital of the world. Back in the 16th and 17th centuries this is where Flemish artists Rubens and Van Dyke were working. You can visit Ruben’s house and studio at the Rubenhuis, and see his work and that of other Flemish artists in the city’s cathedral and the Koninklijk Museum voor Schone Kunsten. Fashionistas may be already familiar with the Antwerp Six fashion designers, and won’t want to miss the Antwerp Fashion Museum (MOMU). The Red Star Line Museum tells the fascinating story of the European emigrants’ journey to a new life in America. Don’t forget to sample the city’s famous jenever (gin) or even buy a diamond: more than 85% of the world’s rough, and 50% of cut diamonds are traded here.

Chateaux and castles of Namur

Namur, in the French Wallonia part of Belgium, has an abundence of castles. The Castle of Veves is a fairy-tale, turreted edifice dating back to 1410, which overlooks the village of Celles and is still inhabited by the original family. The Castle of Annevoie is an elegant chateau designed in the late half of the 18th century, with formal gardens filled with beautiful fountains and waterfalls. The Castle of Lavaux-Ste-Anne is an eccentric, moat-encircled series of domes containing three separate museums and a collection of stuffed animals. The Castle and Gardens of Freÿr, near Dinant, is aptly named after the Scandinavian goddess of beauty, and the house, its gardens, the 300-year-old orange trees and maze are simply just that.

The cultural capital of Liège

Liège is the cultural capital of Wallonia and situated on the Meuse River not far from Maastricht in the Netherlands. Emperor Charlemagne was born here and so was writer Georges Simenon, creator of the fictional detective Jules Maigret. Must-see sights include the Palace of the Prince-Bishops, the medieval collegiate churches, La Batte Sunday market (the biggest and oldest in Belgium) and the courtyards, stairways and orchards of the Coteaux de la Citadelle. Close by is the Spa-Francorchamps Formula 1 racetrack.

Interested in photography? Then come to Charleroi. The biggest city in Wallonia is where you’ll find the largest Museum of Photography in Europe, situated in an old Carmelite monastery. It covers the history of photography from its inception up until today. Besides photography, there are many other must-see attractions in Charleroi, including the Glass Museum, the 17th-century Cartier Chateau and its estate, the Saint-Vierge-Marie Church, the Town Hall and its 300-year-old Sunday market.

You’ll find hearty and delicious beers all over Belgium. There are more than 650 varieties, many brewed by Trappist monks. Kick off your beer tour in Brussels with a glass of non-malted wheat Lambic beer or Gueuze-Lambic (a blend of two or more Lambic beers with a champagne-like fizz). Then head south to Chimay and the Notre-Dame de Scourmont Abbey, where monks have been producing famous beer (and cheese) since 1862. You can walk off the beer in the nearby Hautes Fagnes (High Fens nature reserve). To the northwest is Dinant, on the banks of the river Meuse and the birthplace of the saxaphone, and the Maredsous Abbey, which produces blonde, brown and triple beers. Go southeast to Rochefort in the Val de Lesse, an area of forests, castles and caves and the Notre-Dame de Saint-Remy Abbey, where monks of the strict Cistercian order still brew their 6, 8 and 10% high-fermentation beers.

There are many more top Belgian towns to discover: 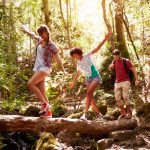 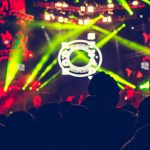 The best bars in Brussels 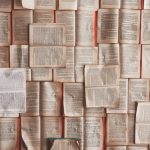 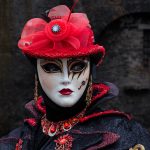