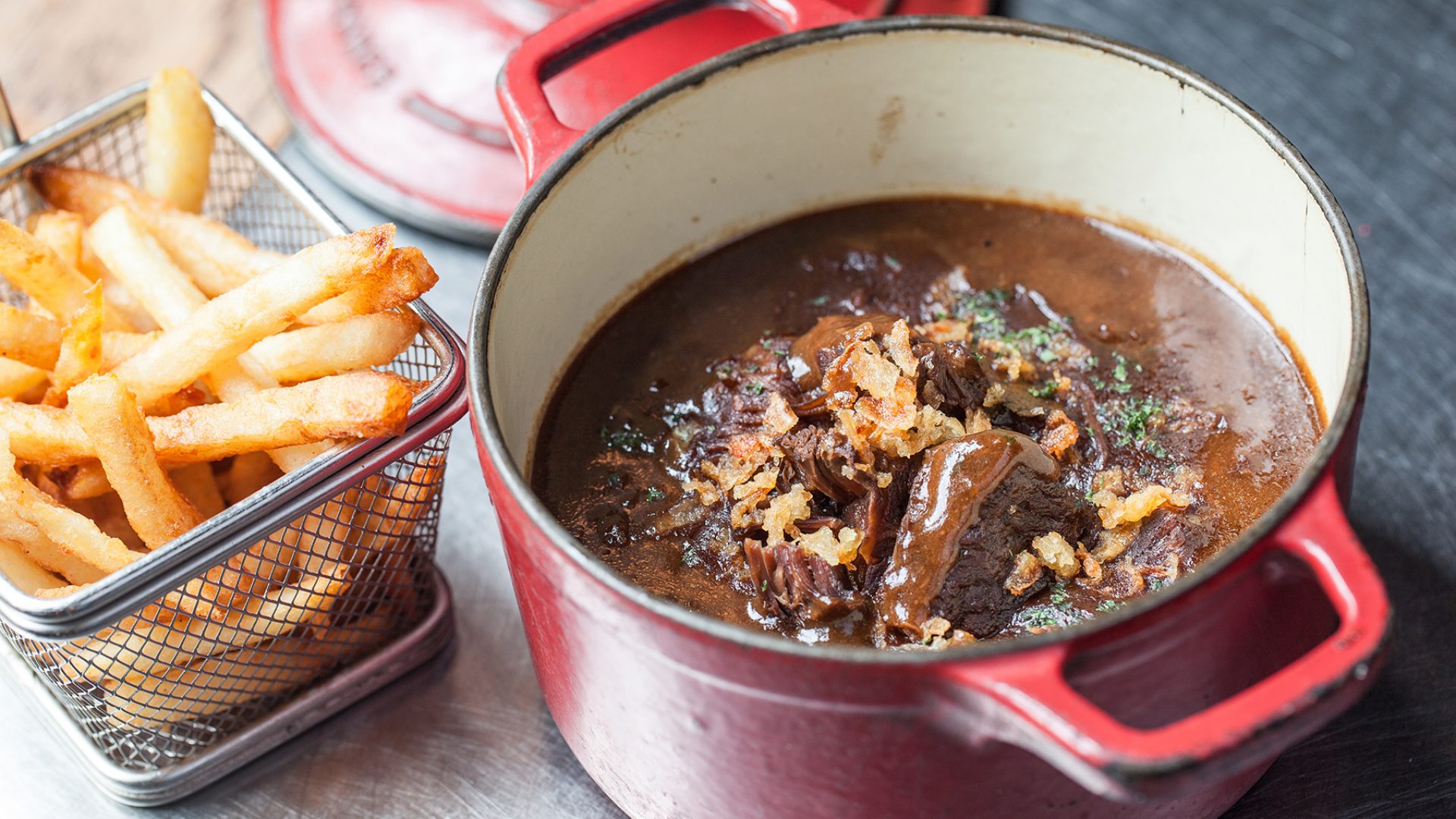 There’s more to Belgian cuisine than waffles. Just take a look at these top Belgian foods that help put the country on the foodie map.

Belgian food plays an important part in the country’s culture. And just as the nation is divided linguistically, it is also divided in terms of the types of food that people like to eat. For instance, while Flemish cuisine has a strong Dutch influence, Wallonian cooking is very similar to French cuisine and uses a lot of rich sauces.

Despite these differences, however, almost all Belgian foods – including desserts – are almost always washed down with a glass or two of wine or beer. So why not pour yourself a cold one and follow these simple recipes to create some hearty Belgian dishes in the comfort of your own kitchen.

Love cooking but need inspiration for healthy Belgian meals? Check out Ekomenu for 100% organic meal-prep boxes – good for you and the environment. There’s an option for all kinds of diets and preferences, so you can design your personal vitamin-packed meal plan. Rustle up something delicious with Ekomenu.

This sweet and sour steak and ale stew (stoofvlees or stoverij) has many variations, and many families hand down their own recipes from generation to generation. Most recipes include beef, rich dark beer, bread, onions, salt, pepper, herbs (such as bay and thyme), and spices. Other ingredients can include carrots, mushrooms, bacon, red wine, shallots – and even dark chocolate! A long marinade and slow cooking are crucial to the flavor and tenderness of the meat. Traditionally, people enjoy this dish with frites (French fries), boiled potatoes, noodles, salad or veggies – and of course, more beer.

Sole meunière is Belgium’s classic fish dish. The latter part of its name translates as ‘miller’s wife’ which refers to the way she would dip the fish in seasoned flour before pan-frying it in a small amount of butter. Traditionally, you add lemon juice and chopped parsley to make a rich brown butter sauce. Most people enjoy the dish with a serving of potatoes; either frites, boiled or mashed. This popular Belgian food is also a firm favorite in France.

While you might not find this dish on the menu at a Michelin-starred restaurant, chicons au gratin (or ham and endive gratin) is popular comfort food in Belgium. A Flemish specialty, endive (which the Belgians call wifloof, chicons, or ‘white gold’), has a distinctive tangy flavor and is a key ingredient in appetizers and starters, as well as soups, salads, and main courses. The dish combines leafy vegetables with regional cheese and prime boiled ham, and you traditionally serve it with mashed potato. Interestingly, all the endives sold in mainstream shops in the United States are imported from Belgium.

Don’t order this and expect a juicy steak to arrive at your table. Filet Americain is seasoned raw minced beef which is served cold, rather like the French steak tartare. You can add various seasonings to the beef (which must be very lean) to give it flavor. These include raw or pickled onion, egg yolk, Worcestershire or Tabasco sauce, ketchup, mustard, parsley, capers, salt, pepper, and oil.

You can eat it in two ways: either spread it on bread or toast (toast kannibaal or cannibal toast) or enjoy it as a main meal with frites and pickles. If you order it as a main course in a restaurant, however, it might be prepared at your table so you can have it just how you like it.

Read more about Belgian fries and their history

About 30 million tons of moules frites are eaten every year in Belgium – that’s 3kg per person! The most common way to cook them is in white wine with shallots, parsley, and butter (la marinere). However, other recipes replace the wine with Belgian beer, add cream (la crème), or use vegetable stock. The traditional accompaniment to mussels is frites which the Belgians are believed to have invented back in 1781. Frites are thicker than French fries and very crisp because, like traditional English chips, you fry them twice. You can pick up a cornet de frites (fries in a cone-shaped card container) from a mobile food stall known as a frietkot (or fry shack). A visit to Belgium wouldn’t be complete without trying this delicious dish.

This popular Belgian food is made from mashed potatoes mixed with other mashed up vegetables. It traditionally includes endive, kale, onions, carrots, turnips, Brussels sprouts, spinach, and greens. Some people also add cream or milk to the mix. Stoemp is quite similar to the English bubble and squeak or American hash and you usually eat it with bacon, sausage, beef, boudinblanc (fried pork sausage without the blood), or noir (black sausage). Alternatively, for a softer flavor, you can make it with Flemish white sausage (witte pens or boudin blanc), which you make with milk.

This traditional Flemish dish translates as ‘eels in the green’ and that’s exactly what it is – eels in a very green sauce. Fishermen used to catch the eels in the Scheldt River, between Dendermonde and Antwerp, and prepare the dish with whatever fresh herbs they found along the riverbanks. Today, you can make the sauce from a mix of herbs such as chervil, sorrel, parsley, mint, watercress, basil, and thyme. However, you must only add these at the very last minute in order to preserve their vibrant color. This dish is best enjoyed with frites or bread.

Gentse waterzooi is a soup-like stew that is commonly found throughout Belgium. Waterzooi comes from the old Flemish word zooien, meaning ‘to boil’, while gentse shows that the soup originates from the city of Ghent. The dish is traditionally made using fish such as carp, pike, eel, and bass, however, these days it is more common to use chicken. It can also include vegetables such as carrots, leeks, and potatoes. The stew is then thickened with eggs, cream, and butter and usually served with toasted French bread to mop it all up.

Boulets (or meatballs) are a great staple of Belgian home cooking and you will find a variety of different recipes throughout the country. However, they are nearly always served with frites or mashed potato. In Flanders, balletjes are typically found covered in tomato sauce, or Frikadellen-style ‘met krieken‘, where the meatballs are fried in butter with Belgian cherry sauce. In the French-speaking part of Brussels, boulets à la Liégeois is a very popular dish. Here, the meatballs are served with a rich mixture of beef stock, spices, and sirop de Liège; a fruit syrup made from apples and pears, which gives them a distinct sweet taste.

You will find crevette grise (or gray shrimp) all over Belgium and some seafood restaurants will serve you a snack bowl of these crunchy crustaceans. Despite their name and appearance, these North Sea delicacies have a sweet and delicate flavor and are prepared in a number of ways. You can either eat them as tomate crevette (fresh tomatoes stuffed with a prawn salad), crevette croquettes (garnaalkroket in Dutch), or peeled as a snack with beer. Traditionally, fishermen on horseback would harvest the shrimp all along the Belgian coast. This is still practiced today in the coastal village of Oostduinkerke, where the event has gained UNESCO status. 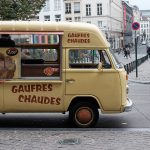