How to file your income taxes in Belgium

Home Finance Taxes How to file your income taxes in Belgium
Last update on May 01, 2020
Share

Discover how income taxes in Belgium work, including the latest income tax bands for 2020 and how to file your Belgian income tax return.

Discover how income taxes in Belgium work, including which types of earnings you’ll need to declare, the latest tax rates and how to file your income tax return. This guide includes advice on the following:

Finding your way around the many tax codes, exemptions and deductions available can be a challenge for foreigners who need to file in Belgium, especially as most information is only available in French, Dutch or German. To assist you, Taxpatria provides expat-focused financial services, including an updated (unofficial) English version of the tax return.

Workers in Belgium must pay income tax on money earned through employment and self-employment. Belgium has some of the highest income tax rates in Europe, with earnings over €40,480 taxed at 50%.

Workers in Belgium have income tax deducted automatically from their salaries but still need to file an annual tax return. Self-employed people are responsible for declaring their income on their tax return.

The Belgian government is increasingly looking to crack down on tax evasion. Data released in 2019 showed that the authorities had authorised audits of 3,600 taxpayers’ bank accounts since 2011.

In 2018, the government imposed sanctions of just over €1bn after investigating 1,600 cases of suspected tax evasion.

Check out our guide to the Belgian tax system

Who needs to pay income tax in Belgium?

Your income tax eligibility in Belgium varies depending on whether you’re considered a resident or non-resident for tax purposes.

If you’ve moved to Belgium and the authorities consider your primary home and income to based in the country, they will consider you a tax resident. This means you’ll need to pay income tax in Belgium on your worldwide earnings.

If you are a non-resident, you’ll only need to pay income tax on your Belgian earnings.

Taxes on income and salary

Find out more in our guide to corporate tax in Belgium

Taxes on other income

Income from activities other than the taxpayer’s professional work, such as rents (or other real estate income), profit from the sale of some assets, investment income and so on, needs to be reported on your tax return alongside normal income.

The Belgian tax year runs from 1 January to 31 December, and tax returns must be filed the following summer. All workers in Belgium must file an annual tax return, even if they have a salaried job with one employer.

You can file your tax return by post or online. Online filing can be more straightforward, as the forms will come pre-filled with information received from your employer and you’ll be informed if you’ve missed any important fields. It’s also possible to save your progress and return later.

Once you’ve completed one online tax return, you’ll no longer be sent a paper form in the post in subsequent years.

If you choose to file a paper return, you’ll receive this in the post around May or June. The submission deadline varies from year-to-year and can be extended, but this will be stated on the tax return. Those who file online usually benefit from a later deadline, as do non-residents.

If you haven’t received your tax return five weeks before the deadline, you should contact your local tax office, the address of which you can find on your previous tax bill.

Some residents won’t need to fill out a full tax return, and will instead receive a simplified return when they log in to their online tax account.

This will include an estimated calculation of the tax due. Simplified returns are commonly provided to the likes of retirees, those on unemployment allowance or students with limited income.

The Belgian government sets income tax rates on an annual basis. In recent years, they’ve been set based on four distinct bands: 25%, 40%, 45% and 50%.

There are a number of online calculators available that allow you to calculate your net earnings. Some options are as follows:

All residents in Belgium have a personal tax allowance, which is updated each year and varies based on how many children you have.

The basic allowance for childless workers is €8,860, so any earnings below this amount won’t be subject to income tax.

A range of tax credits are available in Belgium, though the rules vary depending on what you’re claiming for. You can claim tax credits on the following:

Employees, as well as company managers, assisting spouses and all self-employed individuals can include a standard business expense deduction in their annual individual tax return.

Self-employed people can deduct their social security contributions and business expenses when filing a tax return. You can deduct expenses on an actual or lump sum basis.

Any expenses you offset on your tax bill must relate to a professional activity and be declared at their actual cost. While you can deduct most expenses at their full cost, car-related expenses (75%), restaurant bills (69%), and representation costs (50%) are only partly-deductible.

If you want to claim your expenses on an actual cost basis, you’ll need to keep track of all of your expenses incase you’re required to provide evidence when you file your return.

Self-employed workers are allowed to submit a lump-sum deduction of up to €4,530, as explained above. Those who submit their expenses as a lump sum won’t need to provide evidence such as expense receipts.

Check out our guide to self-employed taxes in Belgium
Advertisement

Income tax in Belgium for foreigners

Foreign workers in Belgium are subject to the same income tax rules and rates as Belgian nationals, though some can benefit from a special expat tax scheme.

The incentive allows foreign executives, specialist staff or research staff to apply to be considered as non-residents for tax purposes.

This has two major benefits. First of all, it allows the worker to enjoy tax exemptions for things like relocation costs and school fees for their children.

Secondly, it means expats only need to pay Belgian income tax on days they’re actually working in Belgium, so those who travel regularly could be significantly better off.

Belgian workers who believe they’ve overpaid can apply for a refund up to three years after paying the tax year in question. The time it takes to investigate and process a refund varies on a case-by-case basis, but it can take six months to a year.

The penalties vary depending on how late the return is and the degree to which the worker is deemed to be avoiding paying tax. The highest penalties are handed out to persistent offenders.

If you have a complicated tax situation or need help getting to grips with which allowances and exemptions you can claim, it can make sense to take advice from a professional.

You can find an accountant (expert-comptable or compte fiscal in French, accountant or belastingconsulent in Dutch) through our listings or on website of the Instituut van de Accountants en de Belastingconsulenten (French or Dutch only).

For American expats in Belgium, Taxes For Expats provides expert advice on tax filing for US citizens around the globe. 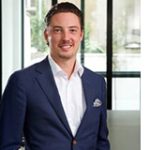 Founder of Taxpatria, obtained his Law Degree in 2004 and graduated in 2005 with a Master’s degree in Tax Law (University of Antwerp). After a brief career as a tax advisor with a Big Four company, he moved to the legal profession in September 2006. A member of the Brussels Bar as well as the Antwerp Bar, his main focus has been on increasingly important global mobility, but he also specialises in the prevention and resolution of tax disputes. He is a native Dutch speaker but is also fluent in English and French. 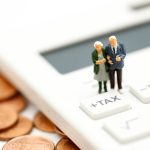 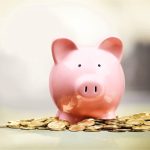 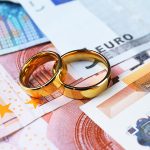