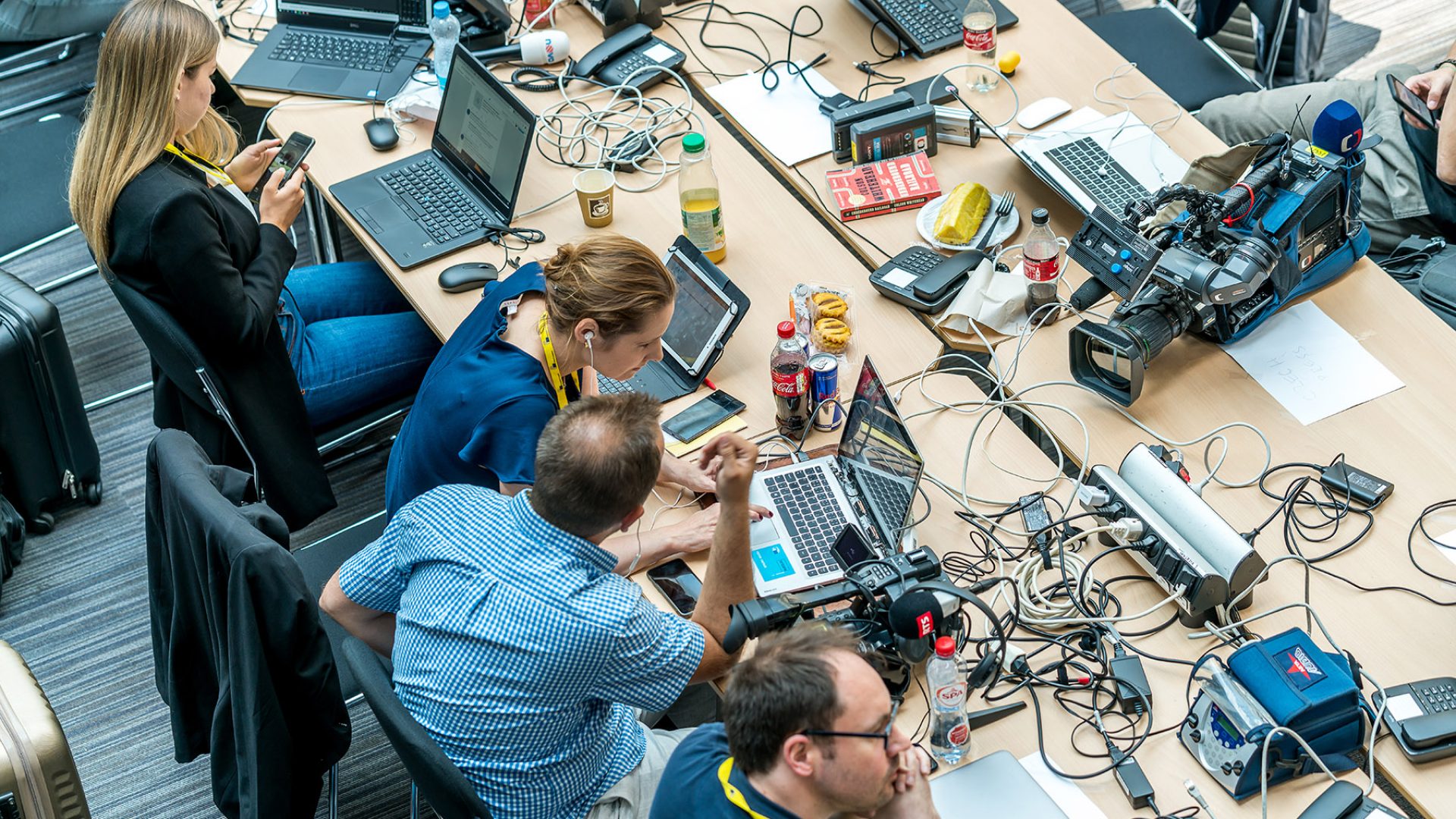 Taxes for freelancers and self-employed workers in Belgium

If you work in Belgium as a freelancer, self-employed worker, or company owner, you must register to pay Belgian tax and social security contributions.

Whether you’ll pay corporate tax or income tax in Belgium depends on the type of business you’re running. This guide contains advice on the following topics:

If you work as a freelancer in Belgium or have a stake in a partnership, you’ll need to file a Belgian tax return and pay income tax (impôt des personnes physiques in French, personenbelasting in Dutch). However, if you’re the owner of a larger company, you’ll instead need to pay corporate tax instead.

If you live in Belgium for more than six months (183 days) of the year and are registered with your local municipality, you are a Belgian resident. This means you must pay Belgian tax on your worldwide income.

Taxable income is the income left after deductions for social security contributions and any relevant professional expenses. If you are married, and your spouse’s income is less than 30% of your joint income, then you can also deduct a dependent spouse allowance.

Workers living in Belgium for less than six months (183 days) who don’t have a Belgian ID card are non-residents. As a result, you only pay tax on income from within Belgium.

If you are a sole trader or in a partnership, then your profits are subject to personal income tax.

The income tax bands for the 2020 tax year (for which tax returns must be submitted in 2021) are the following:

All workers in Belgium have a personal tax-free allowance before income tax kicks in.

Registering for freelance tax in Belgium

You will receive an income tax return once a year. Income tax is payable one year after the end of the Belgian tax year.

Find out more in our guide to the Belgian tax system

Self-employed workers can choose to pay advance estimated quarterly payments for the year in progress. You won’t need to make advance payments for the first three years of setting up your business.

Self-employed people can deduct their social security contributions and business expenses when filing a tax return. You can deduct expenses on an actual or lump-sum basis.

Expenses you offset on your tax bill must relate to a professional activity. You must declare expenses at their actual cost. Most expenses are deductible at their full cost, but expenses relating to cars (75%), restaurant bills (69%), and representation costs (50%) are only partly-deductible.

If you want to claim your expenses on an actual cost basis, you’ll need to keep track of all of your expenses in case you’re required to provide evidence when you file your return.

Alternatively, you can deduct your expenses as a lump sum. Self-employed workers are allowed to offset a fixed amount against their tax return, which is automatically allowed without the need to provide evidence.

It only makes sense to choose the lump sum deduction if your actual expenses are less than the lump sum or you can’t evidence your expenses fully.

Some other expenses can’t be deducted in full in a tax year, and instead must be depreciated over more than one year. The rules around this are complex, so take advice on your situation from an accountant.

For example, if you use your own car for business purposes, it can be depreciated over five years. This means that one-fifth of the purchase price of the car is deducted from your tax bill every year.

If you need to pay corporate tax instead of income tax, the rates are different.

Read all about corporate tax in Belgium

How to file freelance tax in Belgium

The Belgian tax year runs from 1 January to 31 December. You will typically receive a tax return around May or June (déclaration/aangifte), relating to the previous year’s income. This must normally be returned by the end of June, although you will find the exact date on your tax return.

You can file your tax return by post to your local tax office (the address is on the top of your tax return) or online using an eID through the Belgian government’s tax portal, Taxonweb.

You can generally take some extra time if you use the online filing system. Non-residents file their return at the end of September or the beginning of October.

You can track the progress of your tax return through the government’s finance application, Minfin.

In the event of a late return, the government can calculate the company’s tax bill automatically. Late payers are also subject to a surcharge, which depends on the company’s previous filing record and its’ deemed intention to avoid paying tax.

VAT in Belgium for self-employed people

If your business is offering goods or services then you may be liable to pay and charge your clients VAT.

If your small business’ turnover is under €25,000, you can opt for petite entreprise/kleine onderneming status. This makes you exempt from VAT but also from claiming it back.

VAT is 21% for most items. Businesses pay VAT monthly or quarterly. Some items qualify for lower rates of 12% and 6%, while a handful of items are VAT-free.

VAT can be reclaimed on your professional expenses.

Self-employed and freelancers generally pay a higher percentage of their income than employees. However, the exact amount depends on your age, how long you have been self-employed, and how much you earn.

Contributions are based on your income from three years previously. During your first three years of working as a freelancer, you are charged a minimum provisional amount. At the end of the three years, your contributions will be adjusted.

Find out more about social security in Belgium

You’ll receive a bill at the beginning of each quarter (January, April, July, and October) and pay it before the end of the quarter.

You can avoid large bills by estimating what your income will be and making payments in advance.

If your freelance work is in addition to paid employment, you can apply for the status of indépendant complémentaire (in French) or zelfstandige in bijberoe (in Dutch).

This means that you can pay social contributions as you earn, but with no minimum. Income tax is calculated by adding freelance income to your salary.

If you don’t submit your return by the deadline, you can face a fine. In addition to this, the tax authorities may estimate how much tax you need to pay.

If you fail to submit your income tax return on time, fines range from €50 to €1,250, plus a tax surcharge of between 10% and 200%. How much you’ll pay depends on how late the return is and whether you’re actively avoiding tax.

If your company fails to submit or pay its corporate tax on time, fines of up to 200% and legal sanctions are possible.

How to find an accountant or financial adviser in Belgium How to file your income taxes in Belgium Taxes in Belgium: a guide to the Belgian tax system