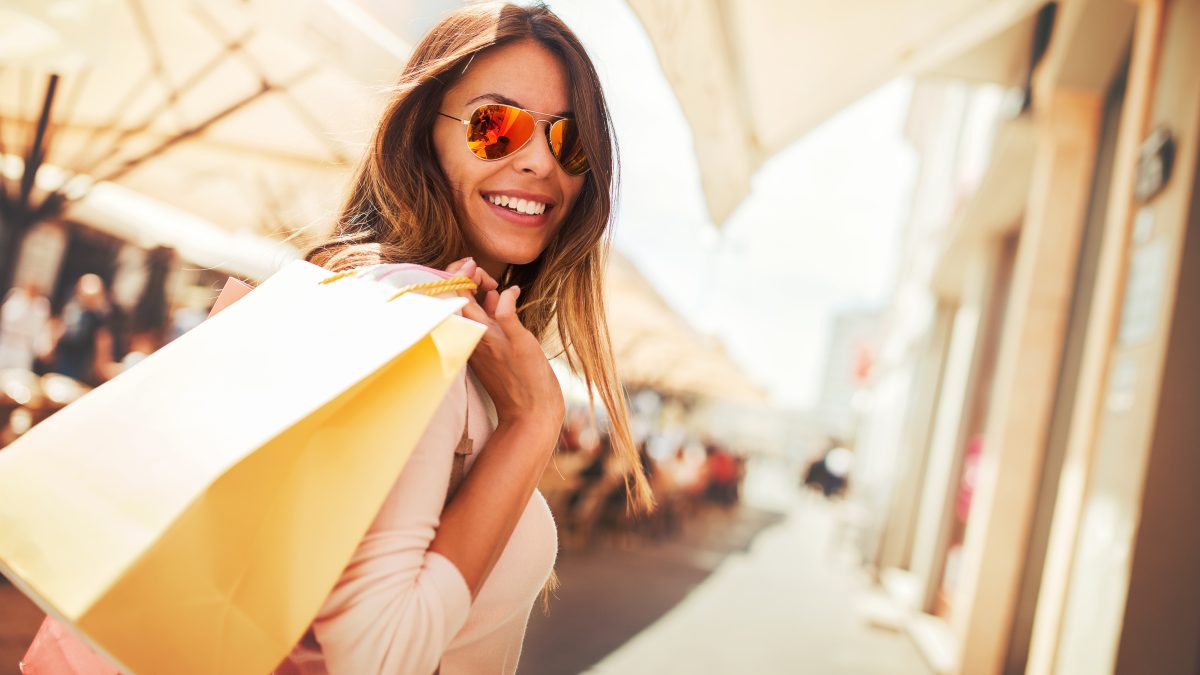 Shopping in the UK

Home Living in the UK Lifestyle Shopping in the UK
Last update on February 27, 2020
Share

Whether you want to buy a new sofa, a pair of boots or a new light bulb when you’re in the UK, you need to know where to go. Read on to find out where to shop in the UK.

The main shopping street in most towns is called the ‘High Street” (like the US ‘Main Street’) and it’s traditionally been the place to buy everything from food to furniture, with a mixture of chain stores, independent shops and often a street market. These days, many retailers have moved out of the high streets and have set up shop in purpose-built shopping centres and business parks on the outskirts of town.

The biggest and best of the shopping centres are the Metrocentre in Gateshead, The Trafford Centre in Manchester, Westfield Stratford City (next to the Olympic Park built for the London 2012 Olympics) and Bluewater (just outside London in Dartford).

Most large towns will have a department store selling household goods and clothing: either an independent or part of a larger chain like John Lewis, Debenhams or House of Fraser. In London, go to Selfridges and Harvey Nichols for top-end fashion, Liberty for luxury gifts, Harrods for its famous Food Hall – and John Lewis for everything else from a needle and thread to a huge American side-by-side refrigerator.

Almost all towns – and in large cities, each area – will have their own street markets, selling a wide selection of fresh fruit and vegetables, meat, fish and other foods, household articles, flowers, music and cheap clothing on a specific day of the week. Farmer’s markets, like Borough Market in south London, sell speciality and/or locally produced foods. There are flower markets like London’s Columbia Road and Nine Elms (primarily for the trade but also open to the public), Billingsgate fish markets (trade and public), as well as antiques or flea markets. The most famous of these are in London. Every Saturday, Portobello Market stretches for some two miles around the streets of Notting Hill (see if you can spot the blue door made famous in the film of the same name), selling antiques, junk, fashion and food. You have to be up at dawn to get a bargain at the Bermondsey Square antiques market in south London – it’s open from 4.00am to 1.00pm every Friday. Ask what their ‘best price’ is and be prepared to haggle.

In cities and larger towns, most shops will be open from Monday to Friday from about 9.00am to 5.30pm (sometimes later) and on Sundays from around 11.00am to 4.00pm. In smaller places, shops will be closed on Sundays and in some rural areas, shops may also close at 1.00pm (‘half day closing’) on one day a week – usually a Wednesday. Most shops in cities will stay open late one night of the week, and the largest supermarkets usually stay open 24 hours.

So what do you want to buy?

The four main supermarket chains in the UK are Sainsburys, Tesco, ASDA and Morrisons. Constantly waging price wars, you’ll find huge superstores on the edge of town and smaller ‘local’ or ‘central’ stores in the centre. Others include the Co-operative (‘the Co-op’), which has lots of smaller supermarkets; Waitrose (online Ocado) and Marks & Spencer (‘Marks & Sparks’ or ‘M‘n’S’), which are the most upmarket; and the German Lidl and Aldi, which are the cheapest. Some, but not all offer, online shopping. Locate your nearest store by clicking on the links.

In residential areas, ‘corner shops’ open till late selling the basics, and in larger cities there are a lot of small Asian, Chinese and Polish supermarkets.

You can buy wine, beer and spirits from the age of 18 at ‘off-licences’ and in supermarkets. With over 180 stores, Majestic Wine is the UK’s biggest wine retailer selling wines and champagnes by the case, as well as beer both in store and online. Oddbins has 35 stores, mainly around London and in Scotland. Family-run Berry Brothers & Rudd, the UK’s oldest wine and spirit merchant, was founded in 1698. It’s the supplier to the Royal Family and you, too, online.

Furniture and interiors
For contemporary upmarket interiors, check out Heals, The Conran Shop, Purves and Purves and Aram. Still stylish but cheaper are Habitat (branches only in London but sells online) and Dwell.

You can find household goods in department stores such as John Lewis, supermarkets, Robert Dyas, and (very cheaply) at Wilkinson and Argos. At Argos, you select goods from a catalogue and they are brought out to you from a warehouse behind the shop counter.

If you need nails, garden furniture, plants, or even a new kitchen, then head to a do-it-yourself superstore such as B&Q or Homebase. Screwfix and Wickes are superstores selling DIY, building and decorating materials. Old-fashioned hardware shops, crammed to the rafters with DIY tools and materials and run by old men with amazing amounts of knowledge, still exist in many towns.

Brits love gardening so all towns have garden centres, either independents or nationwide chains, such as Dobbies and the Garden Centre Group, which has 129 garden centres around England and Wales. For unusual plants, try the Royal Horticultural Society gardens or in the nurseries of houses and gardens that are open to the public, via organisations like the National Trust.

Maternity, babies and young children
Superstore Mothercare sells everything from buggies and car seats to maternity wear and baby clothes, through to feeding equipment and nappies (diapers). JoJoMamanbebe has over 50 stores selling clothing and essential items for mums-to-be, babies and younger children. Mamas and Papas has prams, carriers, car seats, and things for the nursery, bath and play time.

Hamleys on Regent Street is one of the world’s most famous toy stores and while a visit to its seemingly frenetic floors will delight most children, adults may prefer to browse online or visit one of the regional branches. The high street chain The Entertainer has toys for all ages. For babies and very young children, go to the Early Learning Centre. Out of town, you’ll find US superstore Toys ‘R’ Us.

There are many selling sports clothing, footwear and equipment, including Sports Direct, JD Sports, Decathlon and Intersport. For camping and hiking, visit GO outdoors, Mountain Warehouse and Snow+Rock. Animal is a sports lifestyle brand selling clothing and accessories.

Car accessories, sat navs and GPS, in-car technology and everything you need to maintain your car as well as bicycle – such as bicycle parts and accessories – can all be found at Halfords superstores.

Waterstones, Blackwell’s, and WHSmith are the UK’s major book stores with branches UK-wide but there are also a lot of smaller independent bookshops out there too, despite the best efforts of Amazon and the supermarkets, which sell bestsellers at half price. Charing Cross Road in London is where you’ll find the famous Foyle’s bookshop and a plethora of independent and specialist shops selling new and second-hand titles.

High street chain stores Rymans and WHSmith both sell office and school stationary while Paperchase is the place to go for beautiful cards, gift wrap, coloured writing paper, pens, folders and arts materials. For all sorts of office equipment – from ink and toner, papers and pens to office furniture – check out international superstore Staples.

You can buy newspapers, magazines, sweets, cigarettes, stamps and milk – and sometimes top-up your travel card – at small independent newsagents all over the UK.

Maplin sells all things electronic (and all their various components) for home, car, work and leisure with stores UK-wide and online. Ryness sells electrical and lighting. Other electrical appliances and equipment – such as TVs, fridges, cookers, audio, computing and cameras – can all be bought at edge-of-town retailers like Currys, PC World, supermarkets, large department stores and Apple Stores in major cities. Mobile phone companies have their own dedicated shops even in quite small towns while superstore Carphone Warehouse, so named in the 1980s when mobiles were too bulky to carry around and used mainly in cars, is the largest independent telecommunications retailer in Europe. Game sells PC and video games, consoles and accessories.

There are two major chains: Boots and Superdrug both dispense ‘prescription-only’ and ‘over-the-counter’ medicines as well as health and beauty products, with larger branches of Boots being almost like department stores. The Body Shop, Lush and Neal’s Yard Remedies all sell skincare, beauty and bath products. Holland & Barrett sell vitamins and herbal supplements.

Brits love a bargain, which is why ‘pound shops’ like Poundland are doing a roaring trade on almost every high street. They literally sell cheap household products, cosmetics, food, batteries, stationary, toys… for one pound or less.

Almost every High Street will have a selection of ‘charity shops’ too, run by organisations like Oxfam, British Heart Foundation and Cancer Research. They sell second-hand clothes, books and general bric-a-brac, and are great places to pick up cheap designer, vintage and unusual items for your wardrobe and home – and where you can donate your own stuff when you want to declutter.

If you’re into designer labels at greatly discounted prices, then head out of town to one of the discount outlets with ‘streets’ selling branded clothes, footwear, sportswear and household items. Bicester Village near Oxford is one of the biggest but there are others all round the UK.