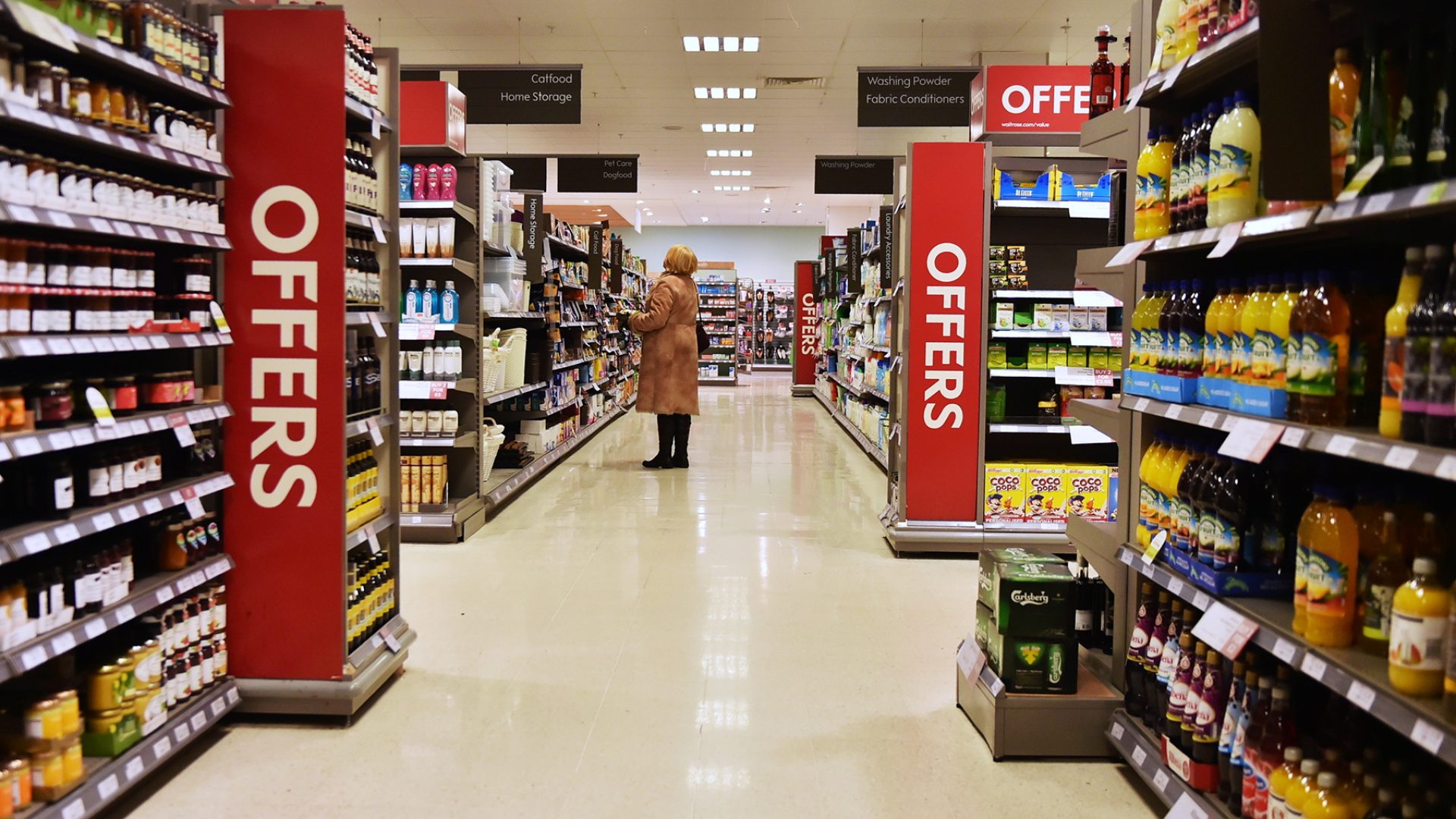 Supermarkets and grocery stores in the UK

Home Living in the UK House & Home Supermarkets and grocery stores in the UK
Last update on June 04, 2022 Enjoying the taste of life in the UK? Find out how to bring those flavors home with our guide to supermarkets and grocery stores in the country.

Going to the grocery store will probably be one of the first things you do when you move to the UK. It’s one of the underrated pleasures of expat life. Faced with aisles and aisles of weird and wonderful foods, you soon remember that you’re not at home anymore.

When it comes to UK supermarkets, you will be pleasantly surprised. There is a good range of fresh produce and international foods to choose from, wherever you are. To help you get more from your shopping basket, here’s our guide to everything you need to know about supermarkets and grocery stores in the UK. It includes the following information:

Want fresh groceries delivered to your door in minutes? Download the Gorillas app and enjoy rapid delivery today. On the app, you'll find over 1,000 products, from fresh fruit and vegetables to store cupboard basics, and much more. Don't wait for groceries again and sign up with Gorillas.

Grocery shopping in the UK

Generally speaking, Brits buy their food at supermarkets. However, not all supermarkets offer the same range of products at the same price point, therefore, it’s important to do your research to find the right store for you in your local town or neighborhood.

If you don’t fancy browsing the aisles, there are alternatives. Food markets remain popular throughout the UK and there are plenty of online services that deliver groceries to your door. And if you don’t like cooking, you’ll find a selection of restaurants, take-outs, and pubs in towns and cities across the country.

Supermarkets in the UK

When it comes to UK supermarkets, location makes a difference. In large towns and cities such as London, Manchester, and Edinburgh, supermarkets are generally more centrally located and typically smaller. In less urban areas, however, they are often found on the edge of town and tend to be much bigger in size and product range.

If you live in a city, the limited size of the supermarkets can make it difficult to get hold of all the products you need. However, stores often vary their product line to some extent. This means that while you’ll be able to find most things you need in your neighborhood, you may need to shop around. What you pay at the checkout can also change significantly depending or where you live and where you shop. Some supermarket chains stock more premium product ranges than others, while city center stores are often slightly more expensive than their out-of-town cousins.

At larger, out-of-town supermarkets you’ll also find other local services and facilities. This can include opticians, pharmacies, and fuel stations, alongside other services like international money transfer and ATMs. Many larger supermarkets also have recycling centers in their car parks. Here, you’ll be able to recycle all manner of household items, including glass, clothing, and shoes. For more information, read our guide to recycling and garbage collection in the UK.

Supermarket chains in the UK

The UK has a number of supermarket chains. Most operate nationwide, however you’ll find some stores are more prominent in certain regions than others. However, stores are generally well-stocked with good quality fresh meat, dairy and produce, and dried groceries. Most also have in-store bakeries and in the larger out-of-town hypermarkets, you’ll also find clothing, homewares, and electronics. These chains include:

Where should you live in the UK? Find out now with our expert guide

You’ll likely come across other supermarket chains in the UK, such as Budgens and Booths. These are often regional chains too.

Discount supermarket chains in the UK

Most UK grocery chains offer an own-brand no-frills product range in-store. However, if you’re looking for an even cheaper food shop, check out these discount retailers:

If you’re looking for something a little more special from your grocery shopping, you can always try one of these specialty supermarkets:

Be aware that UK supermarkets over a certain size are only legally allowed to open for six hours on Sundays. This includes larger 24-hour hypermarkets, which close at midnight on Saturday and re-open at midnight on Sunday; to respect the law. Supermarkets can choose which six hours they want to open, although most will choose 10:00–16:00 or 11:00–17:00.

Things you need to know about grocery shopping in the UK

As an expat living in the UK, there are certain things you need to know before filling up your shopping cart. Here are some of them:

Grocery delivery services in the UK

If you are unable to get to the supermarket in person or prefer the convenience of home delivery, then you’re in luck. Most supermarkets offer home delivery services, including Tesco, Morrisons, and even Iceland. There are also online-only supermarkets, such as:

However, note that online delivery choices will be determined by your location.

There are a number of other delivery options in the UK, including meal-kit providers. These companies deliver pre-prepared meal kits to your front door, filled with seasonally fresh ingredients and recipes to create your own meals at home. Some UK meal-kit providers include:

Ethnic grocery stores in the UK

Another option for UK grocery shopping is ethnic supermarkets. There are plenty of these dotted across the country, particularly in larger towns and cities where there are more ethnically diverse populations. Many are Indian or Middle Eastern, but Chinese, Polish, and Japanese grocery stores can also be found in large cities and small market towns alike.

These shops are often popular with expats as they tend to stock a greater variety of international foods than the supermarket chains. The products are generally cheaper in these ethnic stores, although it’ll be more cost-effective to buy everyday items in chain supermarkets.

If you prefer to get some fresh air with your groceries, there’s always the local market. Generally speaking, most towns will have a daily or weekly market where local producers sell fresh food and other goods. Some will be called farmer’s markets and will often draw sizeable crowds so arrive early.

Bigger towns and cities will often have a large covered market. Here, market traders sell fresh meat, produce, and other foods every day. These are particularly popular in formerly industrial cities and are often significantly cheaper than the local supermarkets.

Specialty stores in the UK

Once upon a time, every market town in the UK would have a butcher, baker, and greengrocer on their main street. Following the explosion of out-of-town supermarkets across the country, however, these stores have been on the wane. Many smaller towns don’t have these shops at all anymore.

That said, in recent years there has been something of a renaissance in the UK’s specialty stores. In bigger towns and cities, you should be able to find local bakeries and butchers. Some will have their own stores on the high street while others can be found exclusively at weekly markets and online.

Most neighborhoods and villages in the UK will have a convenience store, also known locally as a newsagent. These will sell newspapers, alcohol, cigarettes, and a limited range of essential everyday groceries. Most will have longer opening hours than the local supermarket although prices are usually higher.

Most of these convenience stores are independently run. However, some chains can be found across certain regions or nationwide. These include:

Liquor stores in the UK

Unlike other countries, UK supermarkets are able to sell hard liquor alongside British beers, wine, and cider. This means that most people buy their alcohol with their weekly groceries, taking advantage of the special offers that are often available.

Because of this, liquor stores are not as common in the UK. However, you’ll still find plenty of wine merchants (selling only wine and some other drinks) in towns and cities. You’ll also find plenty of off-licenses, which are convenience stores that are licensed to sell alcohol. These stores will usually signpost the fact they sell alcohol outside the shop. In addition to this, there are an increasing number of online stores that sell alcohol, including:

Missing food from home? Due to the UK’s multicultural nature, it’s fairly easy to get hold of food from around the world. This is particularly true in bigger cities like Liverpool, Glasgow, and London which have well-established ethnic communities.

Need to recycle those wine bottles? Find out how with our UK recycling guide

Most supermarkets in the UK will have a world foods section where you can pick up flavors from around the world. However, if that’s not enough there are also online grocery stores that can deliver your favorite foods internationally. 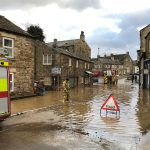