Marco North continues his series on coping with life as a single father in search of quality and happiness for his daughter in Moscow.

There are basically two ways to celebrate your child’s birthday in Moscow.

The first is about impressing the guests, basically a networking event for ambitious parents. At these parties a restaurant might close and every child makes their own pizza in a giant kitchen with sous-chefs and clowns.

These events are freakishly expensive and are over as quickly as they start, lasting maybe two hours. It’s all about showing off some designer labels and talking business rather than creating memories. I go to these parties with my daughter. We always leave feeling empty, sad, and hungry.

The second kind of party is humble, sincere, claustrophobic and really a bit crazy. It happens in someone’s home where a dozen children dive into cramped rooms – suddenly a sweaty mix of boys and girls struggling against furniture that has been pushed against the walls.

The cake will be homemade, too sweet, lopsided, yet memorable. The parents (mostly mothers) will dive into the kitchen. Here they will sit, leaning back in their chairs for hours – smoking cigarettes, picking at slices of soft salami and crude bits of smoked fish.

When their children tiptoe in, crying about some other kid’s behavior they dismiss them with a few blunt phrases. The child slinks back to the madness of the living room, popping a balloon in anger, maybe sulking in a corner.

I brought my daughter to one of these parties a few weeks ago, and she had a fabulous time. Even though the children were more than three or four years older, she felt wonderful in that living room, as they held countless konkursi (tournaments) lead by the birthday girl’s mother.

These konkursi had the children singing, counting, racing across the floor with balloons between their knees, singing some more, turning cartwheels, shooting wooden matches out of drinking straws into a mixing bowl, dressing up as old women, dressing up as monsters, and seeing who can go the longest without laughing.

The tower of pizzas

At one point a dizzy tower of pizzas arrived, and disappeared. There was a pepperoni one for the kitchen, where the adults threw back shots of cold cheap vodka, mumbling toasts between them. I drank a little to be polite, then retreated to the living room and watched my daughter’s team wrapping a tall girl in toilet paper, transforming her into a mummy.

The party went on for more than six hours. The cake presented itself. They blew out candles. The presents would be opened long after the guests had gone home (a strange practice yet completely understandable).

Some guests did not bring gifts, which is actually fine. When adults celebrate their birthday here, they foot the bill. Your guests have one responsibility – to enjoy themselves and wish you well. As they like to say in Moscow, “It’s very democratic.”

Reprinted with permission of Impressions of an expat.

Marco North is an expat New Yorker living in Moscow with his daughter. He is a professional filmmaker, published writer and musician, known for the singular nature of his work. Read more about North’s life in Moscow via his blog, Impressions of an expat. 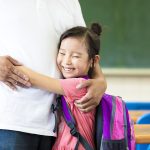