Should you wear a helmet or ditch it like the Dutch? Deborah Nicholls-Lee takes a look at the statistics and the Dutch approach to helmet safety.

If ever I went missing, a trail of all the photographs taken by tourists in Amsterdam Centrum could quickly trace my last movements. My children, riding around in their colourful helmets in our giant bakfiets, are candy to tourists hungry to capture something typically Dutch and they snap us wherever we go. Except we’re not Dutch – that’s pretty obvious from the children’s headgear.

In fact, I have discovered that helmet wearing is an uncomfortable topic here in the Netherlands.

While most expats tend to want their children to wear them, few adults buckle up. US mama Kate puts a helmet on her three-year-old son: “It gives me more confidence riding my bike.” But her Dutch husband Pieter, who has been cycling since the age of two, sees no need. Neither parent wears a helmet.

Alice, three-year-old daughter to Canadian expats Danielle and Brian, also wears a helmet. “I have fallen a couple of times with her,” says Danielle, “and it felt reassuring to have the helmet on. In North America, you get the look of shame if your kid doesn’t live in a helmet, even with the step scooter. That’s a bit extreme, in my opinion.”

British mother of two Claire takes an alternative view: “I’m of the opinion that if I’m not going to wear a helmet then they don’t either. I figure that we’re all as valuable and precious to each other.”

One Dutch neighbour, whose child I sometimes collected, bought her daughter a helmet when she saw that my children were wearing them. A different neighbour recently asked me if I thought she should be putting a helmet on her daughter. “It’s not the Dutch way,” she said. I was unsure how to respond. I’m an expat that likes to assimilate but safety can be a sticking point.

The statistics are confusing

Yet the Dutch have a point. Research on the effectiveness of helmets in an accident yields mixed results. Many long-term studies of fatalities in Canada, New Zealand, US and UK show no helmet benefit.

Helmets may even disadvantage the cyclist. Rodgers’ 1988 study of eight million US cyclists found that fatality rates were ‘positively and significantly correlated with increased helmet use’. A study by the Dutch government in 2008 confirmed this. However, most of the case studies were engaged in competitive cycling, hence the helmets and the frequency of accidents.

In the UK, the University of Bath’s research (2006), led by Dr Ian Walker, discovered that drivers took less care around helmeted cyclists, who were seen as ‘more experienced and less likely to do something unexpected’. Walker, who bravely undertook the tests himself, was struck twice by vehicles in the course of his research. He cycled with and without a helmet and even wearing a wig to see if female cyclists were treated differently by motorists. He found that drivers gave him an average of 14cm more when he was dressed as a woman. Since men are hugely over-represented in the accident statistics, could wigs really be a better precaution than helmets? I can’t see it catching on.

Anti-helmet campaigns also point out the risk of strangulation that increases with helmet wearing. Children, in particular, are at risk if they keep their helmets on after dismounting as the strap can be become ensnared while they play.

Others argue that the health benefits outweigh the dangers of cycling. “Helmet laws save a few brains but destroy many hearts,” says The Dutch Cyclists’ Union, arguing that helmets deter cyclists and reduce the amount of exercise people take.

In contrast, research in the US has shown that helmets reduce the risk from 74–85 percent for head injuries and by 65 percent for the nose and upper face.

The Institute for Road Safety Research, based in the Netherlands, states that wearing a helmet can almost halve a cyclist’s risk of head injury and that ‘head/brain injury occurs most frequently among children and youths’. They emphasise, however, that ‘bicycle helmets do not prevent crashes’.

A helmet is no panacea and accident prevention requires a strong cycling infrastructure and sensible, experienced cycling. Sadly, some crashes involve multiple injuries and impacts too great for a helmet to be of any help. It is understandable, therefore, that many people are sceptical about helmets.

How can you make a decision about helmets for your children?

Parents must navigate the confusing statistics and make their own decision on this subject. Attitudes in the Netherlands are changing. The last 25 years has seen an increase in helmet sales here and, in Zeeland, helmets are now handed out to every school child.

For me, Dutch campaigns like ‘Gebruik je kop, helm op’ (below) and ‘Coole kop, helm op’ are persuasive and tip the balance on this subject. I feel safer when my children are wearing helmets but I appreciate that the protection they provide is limited and I have chosen not to wear one myself.

Where can I get a helmet for my child?

The market for children’s helmets is expanding with Nutcase now offering models small enough for toddlers. Expat Nadine Migoni sells some popular German models which come in small sizes. Toys R Us have a range of cheaper models.

Do: Ensure that the helmet is a snug fit for your child and is properly adjusted.

Don’t: Allow your child to play in their helmet as the strap can get caught.

And if you want to take pictures of my non-Dutch children in their non-Dutch helmets, please don’t stand in the middle of the street: it’s dangerous.

Deborah Nicholls-Lee moved to the Netherlands from the UK in 2009 and currently works as a freelance writer and editor while raising her two small children. Follow her on Twitter. 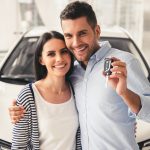