For such a compact little country, Luxembourg offers a surprisingly wide range of sports and activities.

Water sports to rock climbing, horseback riding to adventuring, the country offers a variety of opportunities for those wishing to keep on the move. See the country by foot or bike. Luxembourg is a paradise for explorers.

Hiking and walking in Luxembourg

Hiking is a common activity in Luxembourg – routes have been set up in all regions of the country. There are tours crossing vineyards, lakes, and parks, and tours discovering castles, wildlife and ruins. Maps are available in local tourist offices.

In Mullerthal, Luxembourg’s little Switzerland, there is the Mullerhal-trail. It shows all the qualities of the region; the jungle-like forests, the valleys and the sandstone formations.

Near Luxembourg City, you can explore the Petruss parklands, where you will come in contact with history, flora and geology.

In the Ardennes, visit the nature park and go on a long trail with 17 stops that allow you to listen to music or observe nature.

In Moselle, you take a trail from milestone to milestone, and walk in the footsteps of the Romans.

Nordic walking is the newest trend. It is an intensive form of hiking to build up your muscles and recover your endurance. The youth hostels in Echternach, Lultzhausen, Remerschen and Hollenfels organise tours and weekend-breaks.

Mountain biking is popular in the Ardennes, due to its varied terrain. There are tracks with different degrees of difficulty, so everyone can join in. All regions have public transport connections to the start of the routes. Again, the tourist offices can give you information on the tracks. Regular cycling is also common, in fact, the Tour de Luxembourg through the country takes place every year.

Other activities to keep you fit in Luxembourg

There are six golf courses in Luxembourg for passionate golfers. Each has a different style, but they all have beautiful views and elegant club houses.

Rock-climbing gives an incredible adrenaline rise. There are five adventure centres in the country, where both the professional and the young can participate.

In a kayak you are given an excellent balance between relaxation and exercise, as the current speeds up and slows down. On the other hand, making your way elegantly on water-skis can look pretty impressive.

It is possible to cross the whole country by horse – a unique experience. You can ride through the country and stop in several districts to meet local people, but you can also cross the forests filled with untouched countryside and fertile farmland.

Tennis is also popular, and courts can be found in all major towns. There are more than 50 clubs devoted to tennis. But there is only one field hockey club in the whole of Luxembourg, called HCL. It covers men’s, women’s and children’s field hockey. It has facilities in Cessange and at the European School.

Cricket is mostly limited to the British expat community around Luxembourg City. The Luxembourg Cricket Foundation tries to promote the game to the non-British people.

Of course, football can also be played and watched in Luxembourg at several domestic clubs.

You can also participate in different winter sports such as skating, cross-country skiing and even ice karting.

As for fitness centers, our listings in Luxembourg have a section devoted to these, and include locations for several sports mentioned in this article.

Lastly, another field of sports offered in Luxembourg is aerial sports. This includes aviation, paragliding and parachuting. You can learn to fly a small aircraft at a flying school all year round or spend a day gliding through the sky at one of the paragliding clubs.

A club specific to parachuting can be found in the North of the country. Clearly, there is something for everyone in this miniature country. 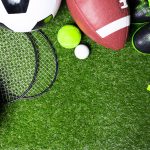 Where to do sports and fitness activities in Luxembourg