This guide to inheritance tax in Luxembourg will help you plan your estate if you relocate to Luxembourg from another country.

Luxembourg has a system of forced heirship. This means that some relatives have a claim on an estate regardless of what is written in a will. Inheritance law in Luxembourg dictates that a certain percentage of the estate must be reserved as follows:

Children can waive their right to the reserved portion, but this has to be done formally in a declaration to the court registry.

Surviving spouses are not protected heirs like children, but arrangements can be made through the marriage contract to ensure that spouses receive either:

These arrangements can only apply if the deceased’s inheriting children are also the children of the spouse. If there aren’t any children, the whole estate goes to the surviving spouse.

Distribution of the estate

Aside from the portion of the estate reserved for forced heirship, a person may distribute the remainder of their assets as they wish.

If no will has been left, then the laws of intestate succession apply. This means that the estate would be distributed in the following order of priority:

When a person is survived by both their children and a spouse, the spouse has a choice between usufruct of the whole estate or ownership of the unreserved portion of the estate (not less than 25%). Registered partners are treated the same as spouses under inheritance law in Luxembourg.

The matrimonial regime between deceased and spouse determines which assets are included as part of the estate:

Inheritance laws on pensions in Luxembourg

The following people may be eligible to claim a survivor’s pension in Luxembourg:

Civil partnerships which were formed abroad must have been registered in Luxembourg for the surviving partner or former partner to receive a survivor’s pension. If the deceased person was actively employed at the time of their death, a survivor’s pension is only available if the deceased had at least 12 continuous months of compulsory insurance over the three years preceding their death.

The government urges survivors to apply for the pension (the form is in French) as quickly as possible to avoid the account being frozen.

Using the inheritance rules of your home country

If you don’t have Luxembourgish citizenship but you do have EU citizenship and want the inheritance laws of your country of nationality to apply, you must express this clearly in a will or separate declaration.

These laws will then apply as long as they don’t contravene Luxembourg’s public policy (e.g., discrimination of heirs based on gender or if born out of wedlock).

Inheritance tax in Luxembourg is levied on the estate of all tax residents of Luxembourg. It is usually payable by the beneficiaries on the whole estate, with the exception of real estate owned abroad.

Movable assets abroad owned by foreign residents are also exempt if they are instead taxed in the country of nationality.

Inheritance tax rates in Luxembourg vary depending on the value of assets and the relationship between deceased and beneficiary. The rate is calculated based on the net share collected by each heir. A distinction must be made between the:

The current rates include the following:

Inheritance tax base rates on estates of up to €10,000

Inheritance tax rates on estates of more than €10,000

The basic inheritance tax rates in Luxembourg are increased if the taxable value of your portion of inheritance is more than €10,000. They increase by the following amounts:

How much inheritance tax will I pay?

The government provides the following example calculation, based on an inheritance of €550,000.

The applicable base rate (first table) on this inheritance is 6%, plus a 140% increase (second table) as the estate is worth €550,000. So, the rate is calculated as follows:

If the deceased’s most recent home was not in Luxembourg, the estate may instead be subject to transfer tax.

The brackets for transfer tax are identical to those for inheritance tax, though some movable assets (such as bank account funds) are not subject to transfer tax.

Inheritance tax payments are due within six weeks of the assessment finishing.

Luxembourg has no double tax treaties with other countries for inheritance and gift tax purposes.

Reducing your inheritance tax in Luxembourg

Inheritance tax is calculated based on the total value of the real estate in Luxembourg and movable assets (such as cars, furniture, or money) anywhere in the world.

To calculate your bill, you’ll first need to deduct any liabilities from the amount inherited. These can include any existing debts and the cost of the deceased’s funeral.

There is a tax-free allowance on small inheritances with a net value of up to €1,250. Spouses without children have an allowance of €38,000, and charities are exempt from the tax.

Some other tax exemptions include anything acquired with a partner (and bound by a partnership declaration) at least three years before death, as well as buildings abroad.

In theory, assets gifted before death are not subject to inheritance tax, but property donated in the year prior to death may be reinstated for tax purposes. 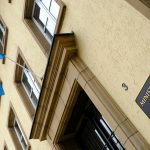