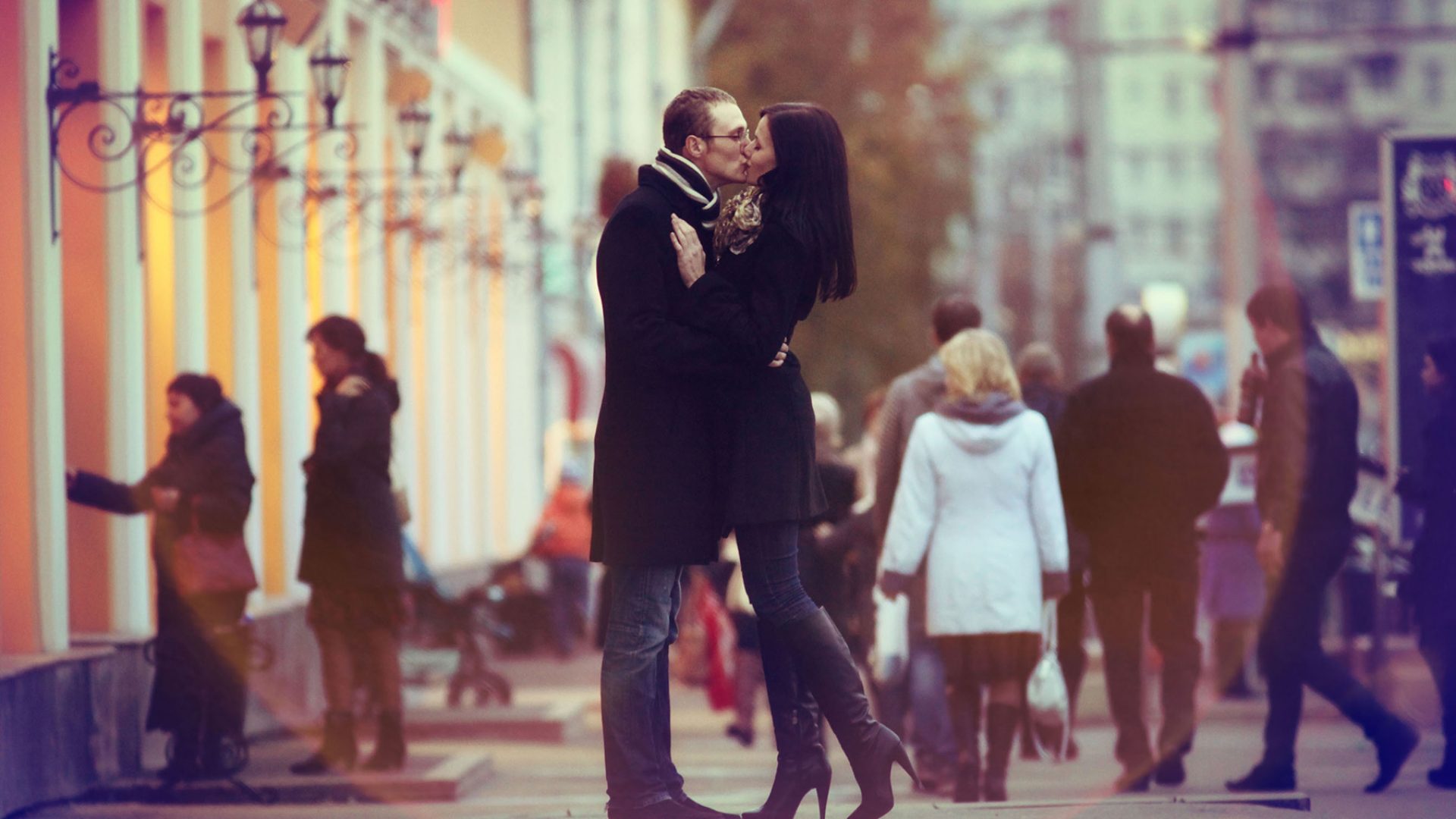 Let’s get physical: Europe and public displays of affection

Europeans have vastly different languages of love when it comes to public displays of affection. What are the social norms for public and private intimacy where you live?

What can you and your partner do – and not do – in public? Are you aware of the etiquette for what you do, and when you do it, in private? Openness towards public displays of affection in Europe differs wildly from country to country.

In some parts of Europe, like France and Spain, romance seems to be part of the everyday culture; every day can seem like Valentine’s Day. Being demonstrative in public is seen as perfectly natural: people kiss and hug when they meet in the street; friends walk around arm-in-arm or holding hands; couples kiss and caress in the street. All of this is nothing out of the ordinary. In other parts of Europe – like Germany and parts of Switzerland – people are much more formal; here, locals shake hands upon meeting and have little physical contact in public at all. Indeed, the rituals for greeting someone vary widely across the continent.

This northern/southern division in Europe when it comes to physical contact is even reflected in the language; there are plenty of areas across the continent where physical contact isn’t indicative of being in a relationship. The French verb embrasser means ‘to kiss’ and is, as it sounds, a full-on, passionate deep kiss enjoyed by lovers wrapped in each other’s arms. Biser also means ‘to kiss,’ but it’s more of a greeting kiss, on the cheek. The Spanish besar is similar to biser. These are all soft, languorous sounding words. In contrast, the German word (küssen) sounds more a little more abrupt and business-like.

To many outsiders, Europe can seem quite liberal when it comes to couples kissing and caressing in public places; that is, European couples seem to be flirting all the time, without everyone calling out for the couple to get a room. But even in places like France, where people are generally very demonstrative publicly, the intimate kissing and caressing that may be acceptable in Paris is not always going to be tolerated in more rural areas.

Public displays of affection in France

In the world’s most romantic city, you’ll see couples kissing and fondling each other all over the place.

People kiss acquaintances when they meet them in the street and you even shake hand with the plumber when he comes to fix your leaky pipe: the French are definitely touchy-feely. So, in Paris (and other major cities) anything goes; elsewhere, be more restrained. Incidentally, while the rest of the world has been French kissing for years, the French have never officially had their own word for it. A French dictionary changed this in May 2013, when they added the slang term galocher (‘to kiss with tongues’) for the first time.

Public displays of affection in the Netherlands

In the Netherlands, while it’s usual for women to greet friends and relatives with three social kisses on (or near) the cheek and for men to greet women in the same way (men get a handshake), couples can be openly affectionate with each other. More intimate French kissing in public is less acceptable, however. Famously very liberal, Dutch immigration authorities showed potential immigrants a video of gay men kissing in a park in preparation for the Dutch civic integration exam.

Public displays of affection in Germany

When you meet in Germany, relatives and good friends may kiss each other on the cheek when they meet. Everyone else – men and women – gets a handshake.

Social kissing is gaining in popularity though, to the alarm of the Knigge Society, a social etiquette group. The Knigge Society called for it to be banned in the workplace, citing that a social distance zone of 23 centimeters should always be observed! You’ll see couples holding hands or hugging or with their arms around each other. Deep, intimate kissing in public is not common, though.

Public displays of affection in Spain

Spanish men and women greet each other with kisses all around (including man to man). While the age of consent is just 13, sex scenes are common on television, mainstream papers contain adult-oriented adverts, lesbians and gay men can marry, and the population seems very liberal. Outside of large cities, people are quite straight-laced; generally, couples only living together after marriage and homosexuals mostly stay in the closet.

So, kiss openly in Madrid but not in the deepest parts of Galicia.

Public displays of affection in Belgium

Belgians – men and women – may give friends and relatives a kiss on the cheek. Everyone else gets a handshake. Couples can openly show their affection for one another, but keep the more intimate stuff private.

Public displays of affection in Switzerland

Public displays of affection in the United Kingdom

In the United Kingdom, younger, female, or middle- and upper-class Brits have followed the European trend for social kissing when meeting friends and relatives. Others may stiffen and stand back if you swoop in for a peck, though.

Locals generally tolerate couples kissing and caressing in public, depending on the time, place, and exactly what level of intimacy is on display. Gay and lesbian couples can openly hold hands and give each other brief kisses. Outside of gay-friendly places like London, Manchester, and Brighton, these couples might not want to indulge in much more than that in public.