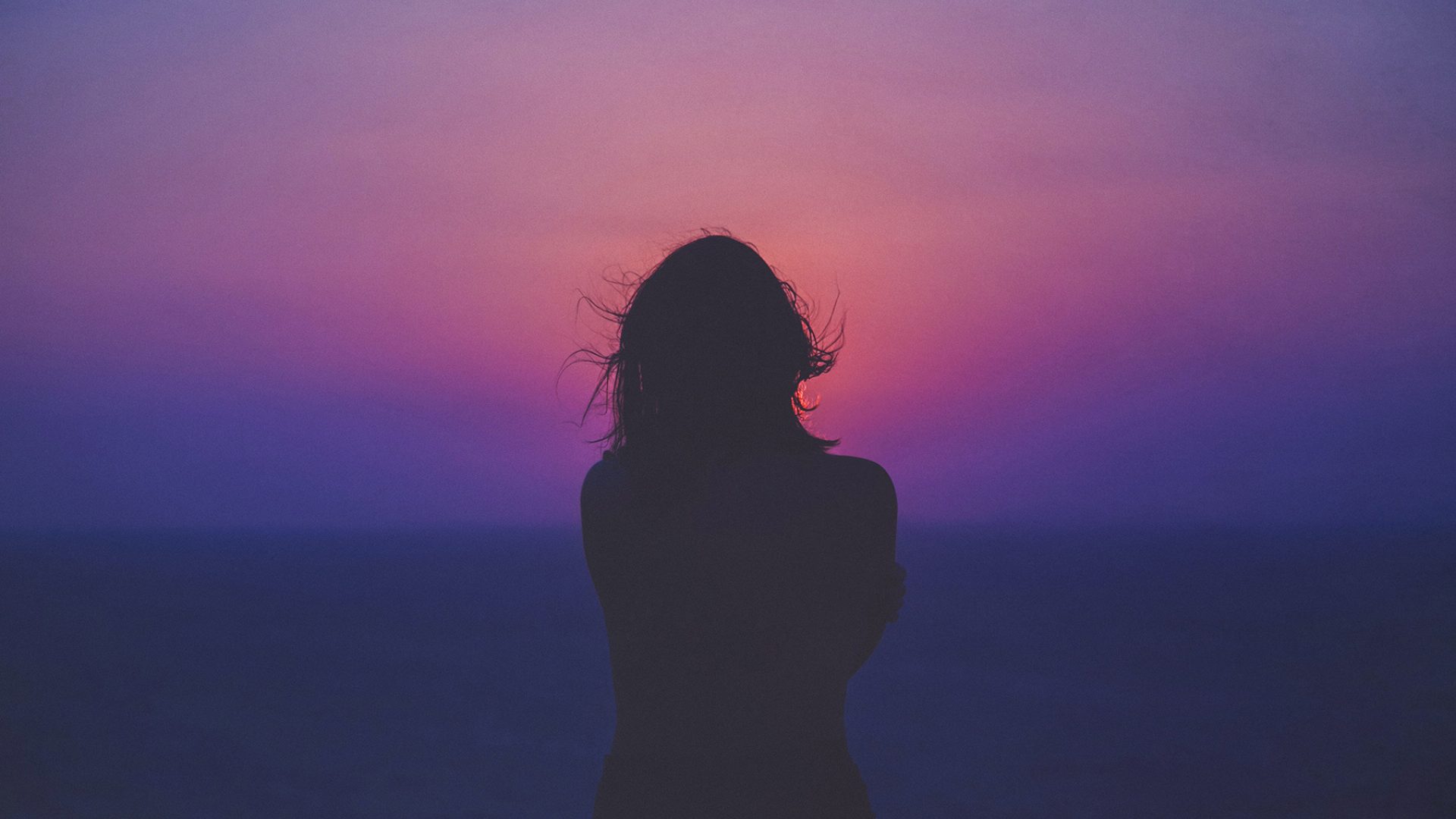 How to manage culture shock

Whether it’s a workplace disagreement or the local sense of humor, a bout with culture shock can dampen your experience living abroad. What are the best culture shock management strategies and how can you apply them to your life abroad?

It manifests itself differently with almost everyone, but any seasoned expatriate will have a story to tell when it comes to acclimatizing to the local culture. Part of that process is experiencing and addressing culture shock. The physical and psychosocial symptoms of culture shock vary from expat to expat, as does the extent to which each person is affected. The good news, though, is that there are several strategies to diminish the severity and manage the symptoms.

What is culture shock?

Everyone experiences culture shock. Most often, it’s defined as the rollercoaster of emotions we go through when we adjust to a culture different from our own.

Research suggests that there are five stages:

Being aware of cultural differences

Unfortunately, multinational companies often neglect to train employees to deal with culture shock. They wrongly assume that a positive experience on vacation in a new country will lead to an easy integration process abroad. Working in a new culture (not to mention dating someone from a different culture) is entirely different.

The answers, the experts say, include experience, cultural training, and self-awareness of the peculiarities of your own culture.

Social psychologist Geert Hofstede conducted a study of national cultures using a set of six dimensions in an attempt to quantify core values of a national culture. Hofstede’s research (which remains highly controversial) delves into both national and organizational cultures, offering a general guideline on how different cultures can be expected to act in social and work environments. His cultural tools allows users to compare the cultural values of different countries.

Experts say there are helpful ways of breaking all that frustration down. What are the most common sources of cultural frictions that you’re likely to encounter?

For instance, many cultures can be broken down based on their approach to rules and regulations. Anglophone or Germanic cultures, on the one hand, value structure and order, with an approach that often focusses on practical matters and just getting things done. On the other hand, Mediterranean cultures tend to prize relationship building and ad hoc approaches to problem-solving. It’s easy to see how frictions could arise if a government official speaks to you in an overly direct way or if a bartender seems to be taking too much time conversing with every customer.

One of the most common sources of friction is the one that you’re likely to encounter the earliest: differing senses of time. These can drive an unsuspecting expat completely mad, especially for those coming from a culture where punctuality is a sign of respect. If you’re from a culture where a meeting time is more of a suggestion than a hard commitment, then being chastised for being late can be a humiliating feeling.

Humor is another sticking point. Many cultures (the British, for example) use humor as an icebreaker, even in a business setting or with a complete stranger; sharing a laugh here is a simple way to build rapport. In other places such as Germany, jokes can backfire because they’re shallow and unnecessary. Outsiders to this might see it as a case of inflexible perfectionism that leaves little room for creativity; in reality, this might be a signal that they’re trying to prove how trustworthy they are.

Differing communication styles can be a ticking time-bomb, especially in the workplace. Plenty of cultures prefer to engage in lengthy hypothetical discussions with few concrete conclusions; meetings with French colleagues, for instance, might lack structure or even an agenda altogether. Others prefer discussions with a clear and well-defined structure that allows participants to easily compartmentalize everything that was said. People who speak with a great deal of ambiguity or subtlety in their speech (the British are notorious here) may frustrate those that prefer clear and direct communication, though they may also impress their colleagues that have trouble working out complicated situations.

Addressing the symptoms of culture shock

But what is typical culture shock – of the nonviolent kind – really, anyway? Basically, it occurs when people discover that their way of doing things doesn’t work. What were once routine habits become almost overwhelming.

The typical symptoms include frustration, fatigue, anxiousness, and depression. You’ll often feel as though you can’t cope with the differences; in response, you withdraw from daily life, oversleep to escape, and show hostility towards the host culture.

To start with, aim for the ratio of about 5:1: find five positive interactions for every negative one during any given period of time (weekly works best). For instance, what makes your day in your new place of residence? Is it going to a museum, chatting with a friend, having a coffee, taking photos, going to a theater, or shopping for souvenirs to send home? Make sure you schedule five of those activities each week. You’ll be surprised how quickly the feelings of culture shock subside when you follow this exercise.

Once you’ve started to address the symptoms of culture shock at a broader level, you can zoom in on culture shock management strategies that affect you in three different ways: mentally, emotionally, and physically.

Many expats fail to recognize the symptoms of culture shock; instead, they think there must be something wrong with them. Knowing you’re experiencing a completely normal reaction to a move abroad (and not going crazy) is a welcome relief. So, the first step to managing culture shock – and your relationship with another culture – is to notice what stage of culture shock that you’re experiencing. Acknowledging this will help you step out of your present perspective and step into another one – the one that is more inspiring and holds more creative power.

Continue to learn about your host country; this is a critical step in the battle against culture shock. The more knowledge you have about your new environment, the better. Carefully watch how local people act in various situations that frustrate you and learn how to approach similar situations appropriately. Don’t worry if the reasoning behind them isn’t yet clear; that will come in time. Invest genuine effort into learning the local language, as well; expat parents often underestimate their child’s ability to adapt to a new culture just by being immersed in the language, but keep in mind that your immersion will progress at a slower pace.

Books and websites are good sources of information, but the best resources are the locals. Most people are proud of their culture, and delight in showing it off to newcomers. Asking questions with genuine curiosity (never hostility or derision) will lead to a wealth of information. Cross-cultural training, either pre-departure or in-country, is another useful option.

Making friends with local people is rewarding on many levels. It’s especially helpful if you find someone willing to act as a cultural informant. Making connections within the expat community is also beneficial, as it reduces feelings of alienation and loneliness. However, experts warn that socializing exclusively with fellow expats might prevent you from connecting with your host culture on a deeper level.

There’s no way around it: the most effective way to manage culture shock is to adjust your attitude. The first step is to acknowledge the loss of leaving the old, familiar life behind. Take some time at the beginning to grieve what came before, and then let it go so you can focus on the future.

Keeping an open mind is critical. The expatriate who views the new culture with an attitude of openness and respect will have a far better outcome than one who is suspicious and critical.

Successful expats use the following strategies to limit the negative effects of culture shock:

Embracing your host culture is essential for dealing with culture shock, but that doesn’t mean you have to reject your passport culture. The brain is constantly bombarded with novel stimuli in the new environment; take the occasional mental break to give you a chance to absorb new information and re-establish your cultural identity.

The stresses associated with expat life invariably cause physical tension. These can lead to illness if you’re not careful. Good physical habits are vitally important in the battle against culture shock. Daily activity is a must, and some form of relaxation therapy like yoga, meditation, or a massage never hurts. Improving your home environment can also help; having a pet at home could make your house feel more welcoming. You know the rest: get adequate sleep and fresh air, eat balanced meals, and go easy on the alcohol.

Avoiding culture shock entirely might not be possible. In fact, experiencing culture shock is a necessary step on the journey to expatriate adjustment. Fortunately for all of us, its sometimes debilitating effects can be managed with the right strategies.